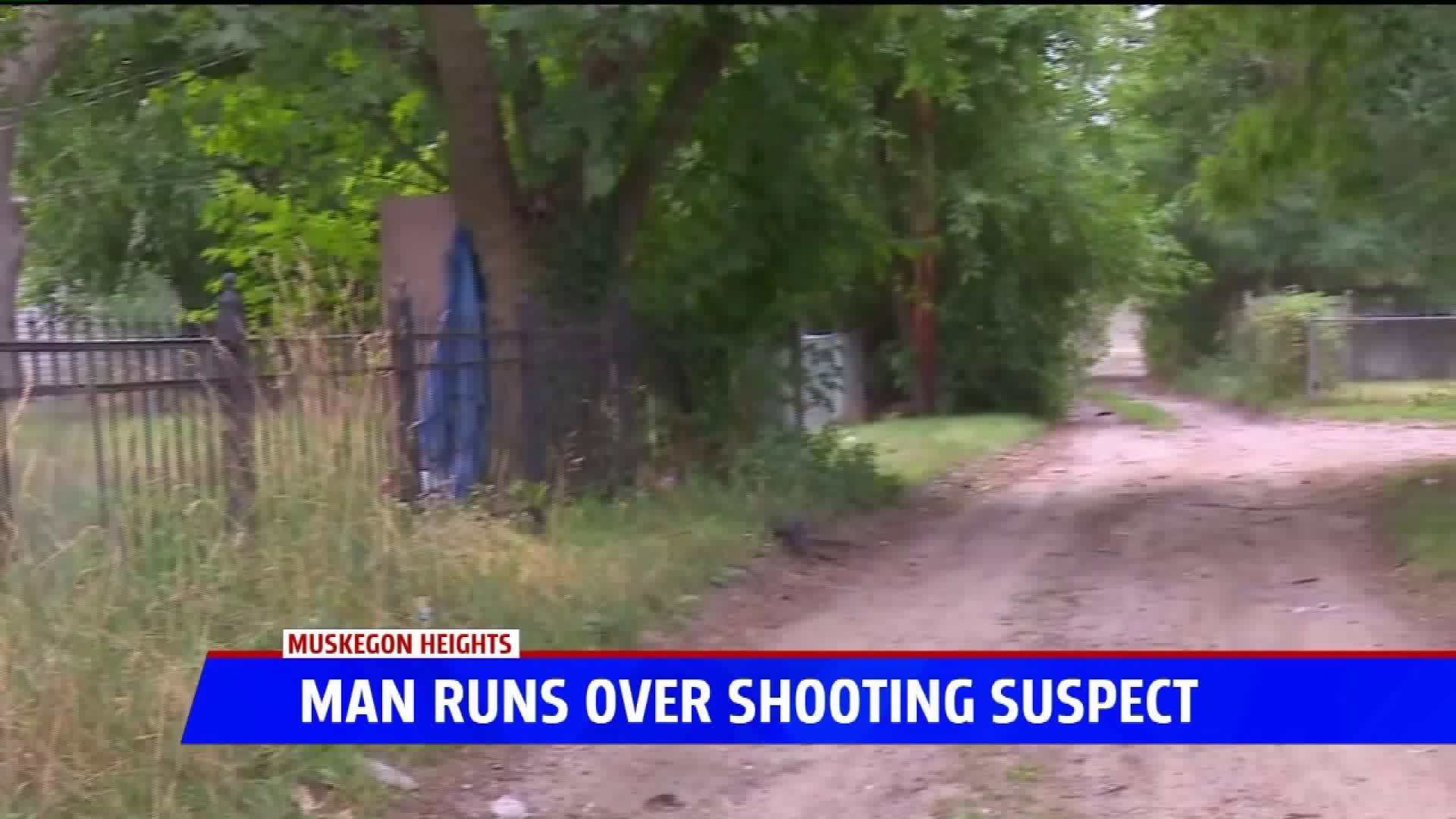 MUSKEGON HEIGHTS, Mich. -- Police in Muskegon Heights are investigating after a man was shot at during an armed robbery.  That man then ran over the suspect.

It happened around 6:30 a.m. Tuesday in the alley near E Hackley Avenue and Reynolds Street in Muskegon Heights.

Police say the intended victim came into the police station after the shooting and told investigators he was approached by men wearing all black who tried to rob him.  He ran over at least one of them to get away.  That suspect is now in critical condition at an area hospital.