Community coming together to help families displaced by apartment fire 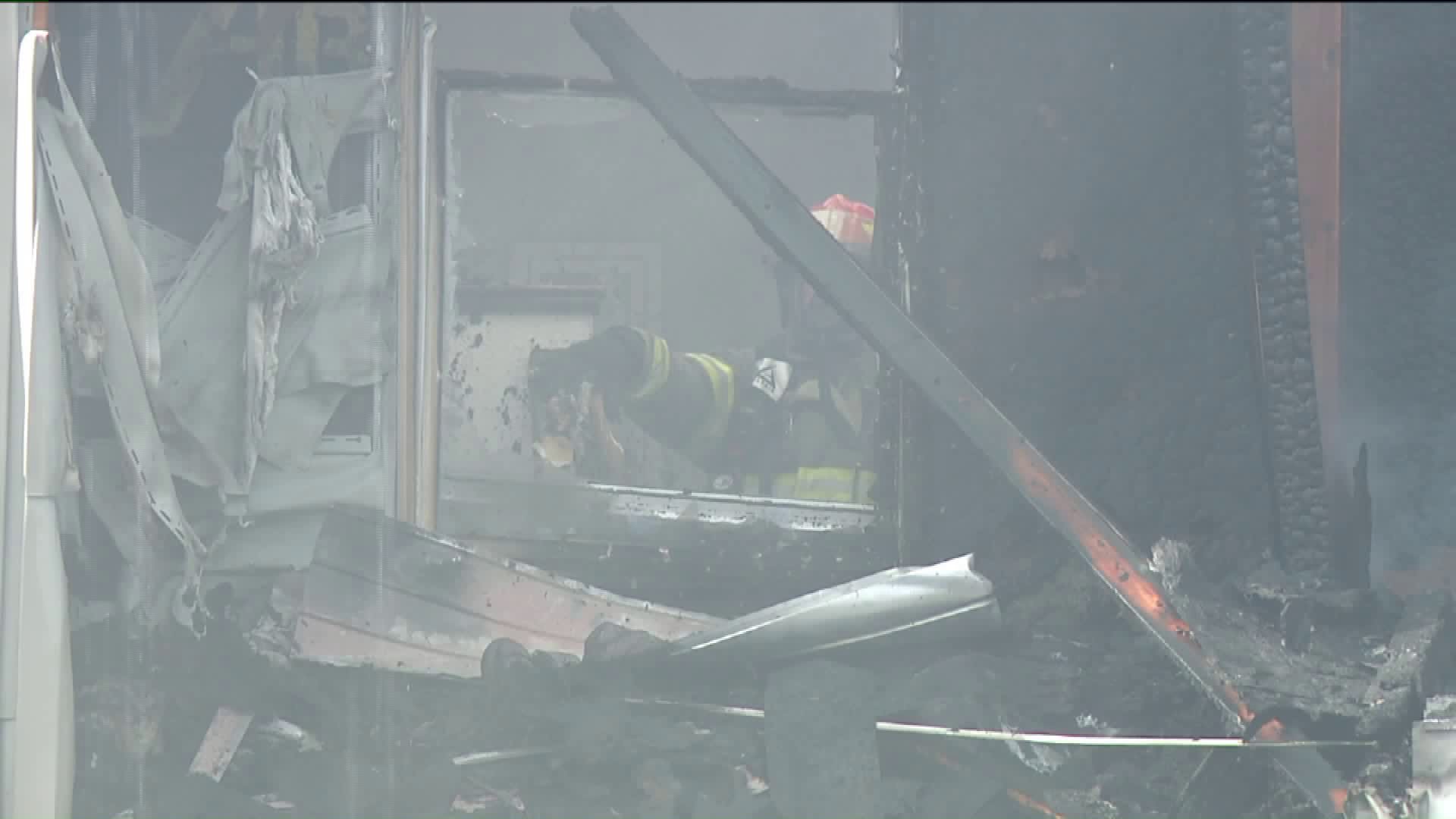 CEDAR SPRINGS, Mich. — Seven families are trying to put their lives back together after a devastating apartment fire Tuesday.

The fire destroyed the building at Red Flannel Acres in Cedar Springs. Fire officials say it started on an upstairs deck and spread to the rest of the building.

Vicki Covell says she was at her granddaughter, Cassidy's, apartment when she noticed something was wrong.

"I smelled rubber burning and then I saw a roll of smoke by the top window above the door," Covell says.

In the same building Kristene Gross' daughter and young grandchildren were sleeping only to be awoken by someone pounding on the door telling them the apartment was on fire.

"It was terrifying," says Gross.

In the middle of the frantic scene the fire crews were able to get everyone out. Gross walked out with her daughter's cat, Millie, before the apartment became a total loss.

"I was very happy for my daughter to make sure that she has her emotional support cat and she's pretty distraught so I'm just happy everybody is out safe," Gross says.

The American Red Cross and City Impact are housing the families for now and are collecting donations.

While crews do believe they’ve located where the fire started, what sparked it is still under investigation.