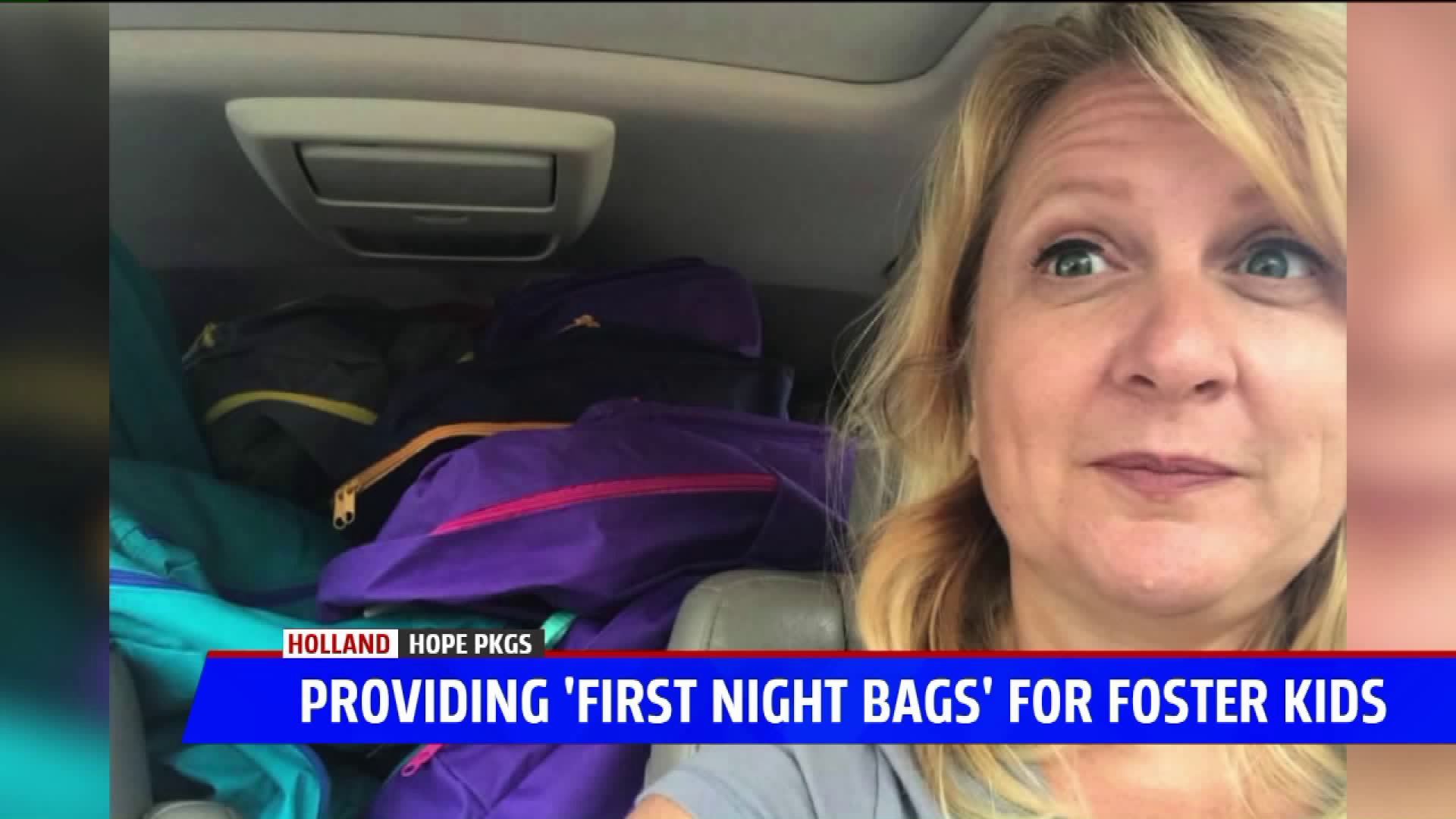 HOLLAND, Mich. — A mother in Holland is making sure kids going into their first night of foster care have a bag of things to call their own.

Lisa Hoeve is a foster parent who understands how difficult it is for kids to move to a new home, and decided to do something about it. She started a nonprofit called Hope Pkgs in 2015 and has been filling backpacks with things a kid might need going to a new home.

“Sometimes kids will come with a garbage bag packed with items,” she said. “… We know that they’re removed urgently, and there’s not many options for them.”

Some of the things that go in the bags include diapers, blankets and bottles. But for some kids, having some things to call their own during a stressful time of transition is all it takes.

“We’ve had comments of a 5-year-old that was thrilled to have their first toothbrush. And to me if they didn’t like anything else if they were excited about a toothbrush, then it was worth it all,” Hoeve said.

On Wednesday, Hope Pkgs received some unexpected attention after a Reddit post went viral, receiving tens of thousands of upvotes in a matter of hours sharing Hoeve’s mission.

“It’s been a very exciting afternoon,” she said. “I actually happened to get an email about a donation, I thought maybe they had the wrong person.”

But a quick Google search confirmed it was meant for her.

“Sure enough, there was a picture of me in a vehicle with probably 80 backpacks,” Hoeve said.

She said reading all the comments — especially the ones from former foster kids — proves that a bag filled with stuff is really so much more.

Hope Pkgs works with 19 different foster agencies across 15 counties to give a bag to every child they place no matter what age they are.