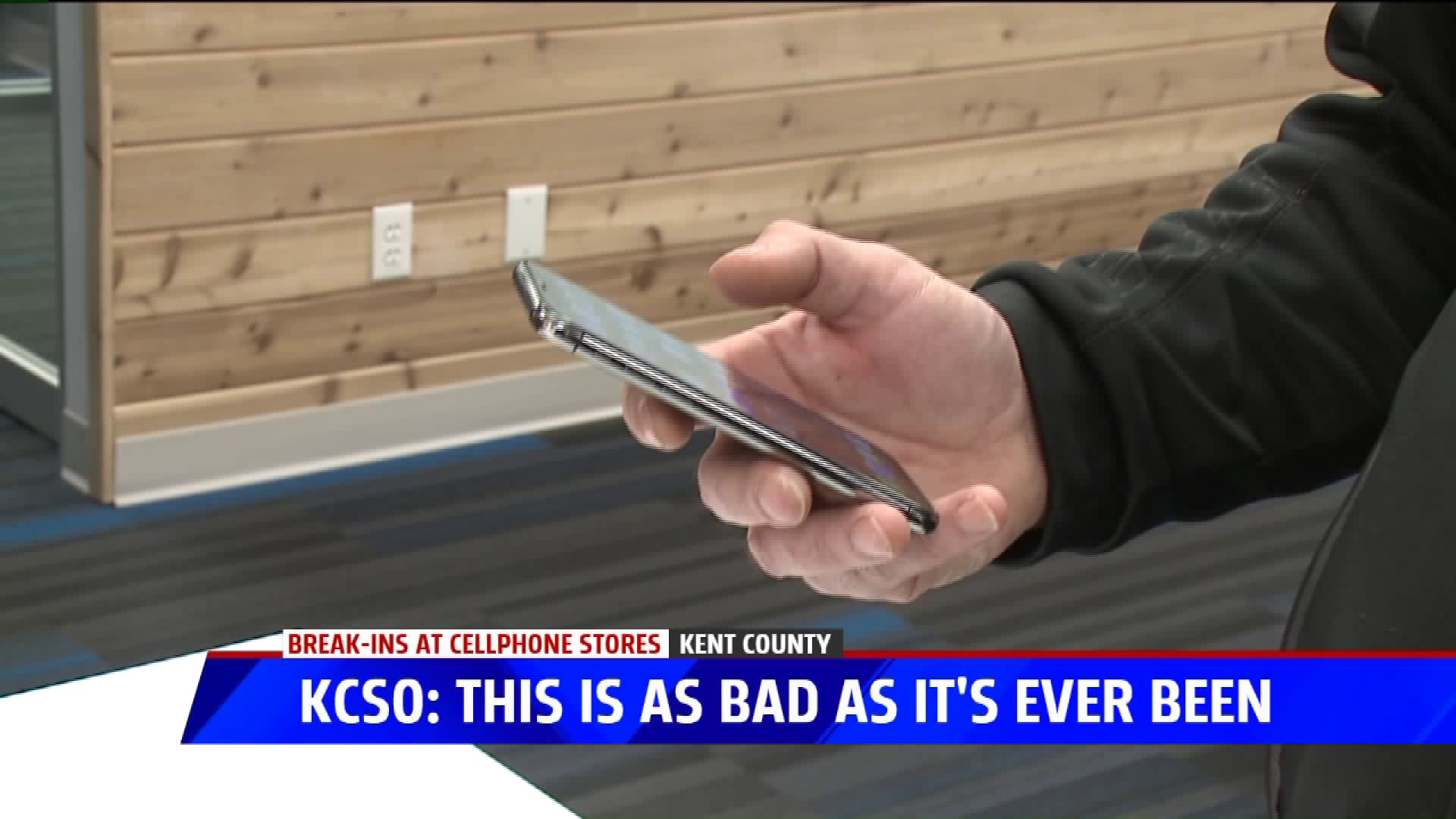 “This is definitely as bad as it’s ever been for us just in the last year and a half," Roon said.

While working with cellphone companies, detectives in Kent County have learned that West Michigan is being hit with more of these crimes than the east side of the state.

Detectives have identified 26 suspects, 17 of which have either been charged as adults or petitioned in the juvenile system.

Roon said they have noticed similarities in many of the 30 break-ins. Many of the suspects break into stores using the front door or side window. The burglaries are always quick, many occurring in less than five minutes.

“It’s actually quite remarkable when you do watch a complete break-in on video, how quickly they can be in and out and obtain a significant amount of merchandise," Roon said. "Some break-ins, it’s less than a minute.”

Stolen cellphones don't immediately lose their value, as some would think.

A wireless carrier can "blacklist" a phone, which blocks its service. However, the phone can still work under another carrier that uses the same kind of network. For example, because Sprint and Verizon both operate on CSMA networks, a blacklisted Sprint phone can still work on Verizon's signal.

Roon said customers should avoid sites like Letgo, Facebook Marketplace and Craigslist, where many of these stolen phones are sold. If there's unexplainable damage on the phone or it has a "display" label, those are also red flags.

"You should power the device on when you’re purchasing it," Roon said. "Often times display phones will have a slightly altered firmware program that actually runs like a demo loop on it like a special video, so you can look for that as well. If that is the case, don’t take the seller’s word for it that they just bought a display phone. Consider the possibility that it’s a stolen phone and then contact us immediately.”

It is not a crime to unknowingly purchase a cellphone that's been stolen, Roon said. If you find out that you purchased a stolen cellphone, telling police can help them track down the seller and prevent future burglaries.

Roon said store owners can make their businesses less vulnerable by taking merchandise off the floor when closing.