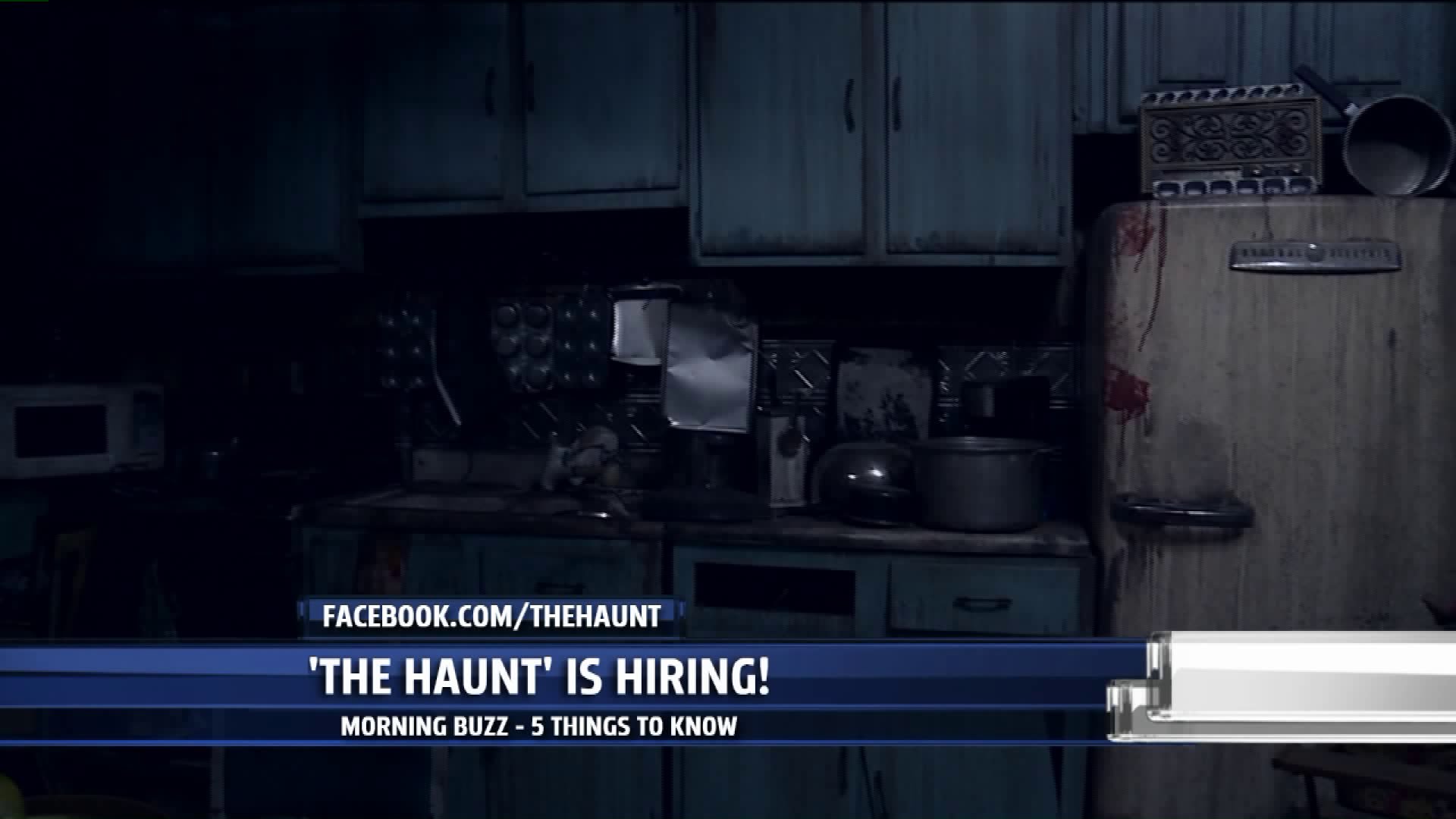 1. Making the trek into John Ball Zoo is literally an uphill battle. But by next fall, visitors can enter the zoo with ease.

The big hill is about to become easier to tackle for everyone. As part of a three-phase project, the zoo is going to make the hill less steep.

They said it's the last part of the zoo that isn't easy for all their guests that might have difficulty getting around. John Ball Zoo says that construction should wrap up by next fall.

They're also building an all-access playground that opens on August 14.

2. Want a pretty spooktacular job? The Haunt is hiring!

The Haunt is looking for energetic and ready to take on security detail. The Haunt will be open on Friday and Saturday in September and Thursday thru Sunday in October.

Along with security, employees will also be responsible for looking out for the safety of the actors and guests that make it such an incredible attraction. Potential employees must pass a background check and have transportation to and from the haunt.

Hours are normally in the evenings from 5:30 to midnight. If this sounds like a position for you, head to their Facebook page.

3. One of the stranger things to happen at the Stateside Deli in Okemos occurred earlier this week. Actor Gaten Matarazzo, who plays Dustin Henderson on the massively popular Netflix series "Stranger Things" stopped in.

Matarazzo, whose band "Work In Progress" performed in Detroit over the weekend came in to eat with his parents, and also ended up taking several pictures with customers and staff.

The third season of "Stranger Things" premiered on July 4. The show follows a group of kids who must confront terrifying supernatural forces invading the quiet fictional town of Hawkins, Indiana.

4. Golf icon Jack Nicklaus, making a visit to West Michigan. He was checking in on the progress of his latest course.

The new American dunes are going up on the site of the old Grand Haven Gold Club in Ottawa County.

Major Dan Rooney, the course's owner, wanted to transform the course into something unique. He got Nicklaus to sign on, and work began this spring.

Nicklaus is not only known as an 18-time major champion but also a world-class course designer as well. The course sits between US-31 and Lake Michigan, it will be Nicklaus' fifth in Michigan.

5. Come out and say good-night to the kiddos at Helen DeVos Children's Hospital. All you need to do is bring a flashlight and meet in front of the hospital.

First responders will also be down there with emergency vehicles.

Participants will be asked to flashlights from 8:30 to 8:40.

Parking is free in the Spectrum Health parking ramps until 9 p.m.

Project Night Lights, powered by Silent Observer, takes place on the second Wednesday of each month.