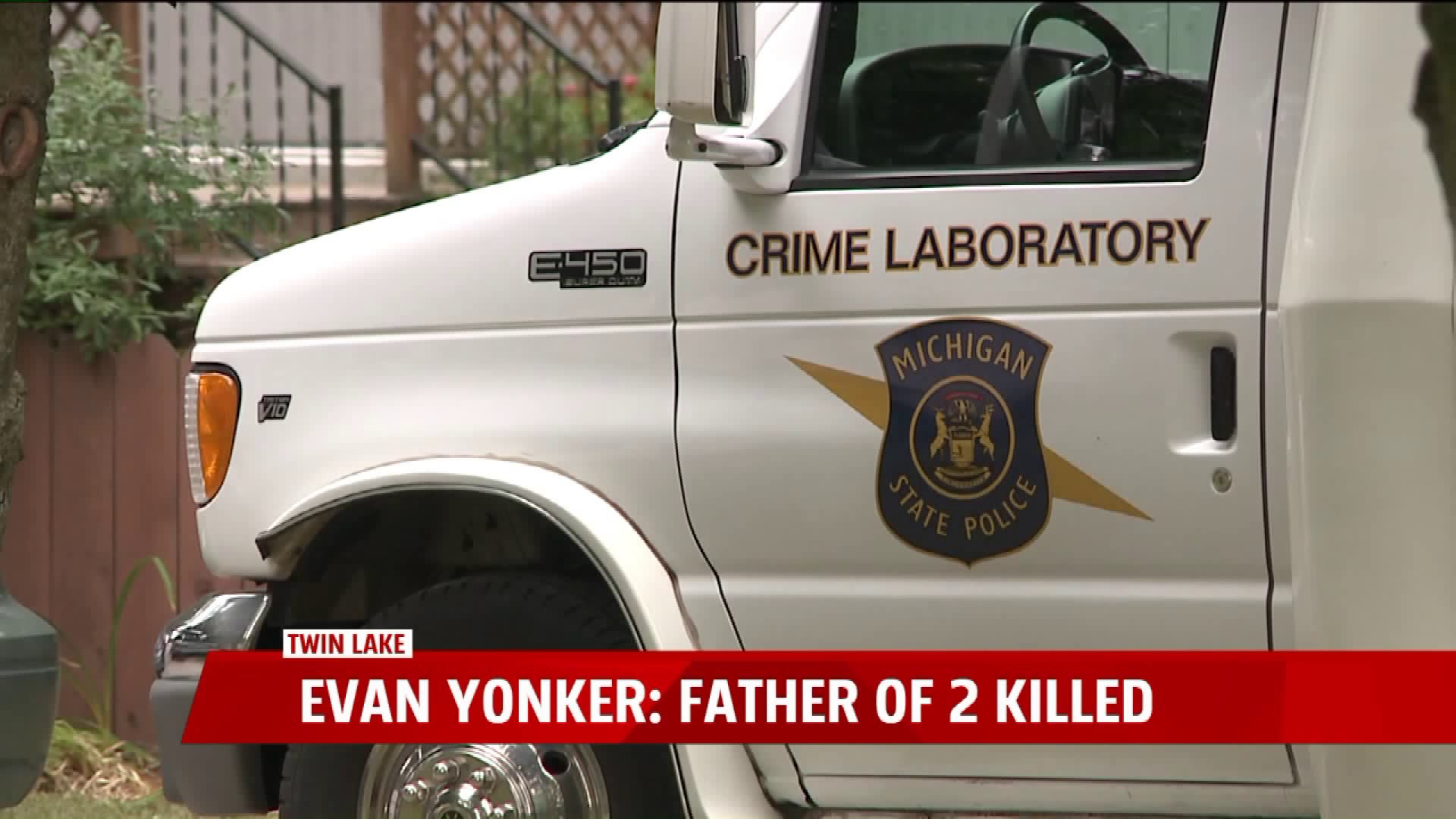 It happened at a home on Meeuwenberg Drive near Lakewood Drive in Dalton Township, near Twin Lake.

A courtesy photo of Evan Yonker.

Heather Yonker, the estranged wife of the victim, has identified him as Evan Yonker, 28.

She said Yonker was shot by his own gun that was hanging on the wall inside the home. Heather Yonker said he was killed by the Ryan Berry, the ex-boyfriend of the woman he was currently dating, who he had only been with for a week.

Three different neighbors who were home at the time said they did not hear gunshots.

Edward Lebaron lives across the street from Yonker and said he noticed something was wrong Thursday morning around 9 a.m. when he saw Yonker drive quickly into his driveway, where his girlfriend and Berry were already inside.

“He went running into the house and probably about 20, 25 minutes later, her and this other assailant came out the back door," Lebaron said. "And with her dog and they slowly, calmly put stuff in the, in her SUV, shut the doors, backed around the other two vehicles and off they went.”

After learning about Yonker's death, Lebaron said the girlfriend's demeanor struck him as strange.

“She was, she was calm," Lebaron said. "It was crazy that she was so calm even looking back. I mean I heard no gunshots or nothing, I listened that whole time. She was so calm. The two of them acted like nothing happened.”

Heather Yonker said after the shooting, Berry and the victim’s girlfriend drove to Grand Haven State Park, where he threatened to kill himself, took his clothes off and jumped in the water.

The suspect was eventually pulled from the water and is in police custody along with the woman who went with him to the beach.

Neighbors said Yonker and his girlfriend had only been dating for one week, but had previously dated in high school. She was living with him at the time of his death.

Yonker's neighbors described him as a great father and a generous man who loved disc golf.

“Evan was the nicest guy you’ll ever meet," Lebaron said. "He was a Frisbee fanatic and literally, he’d give you the shirt off of his back. He’s one of them guys, just the nicest guy.”