Father of two shot and killed; suspect arrested after jumping in Lake Michigan 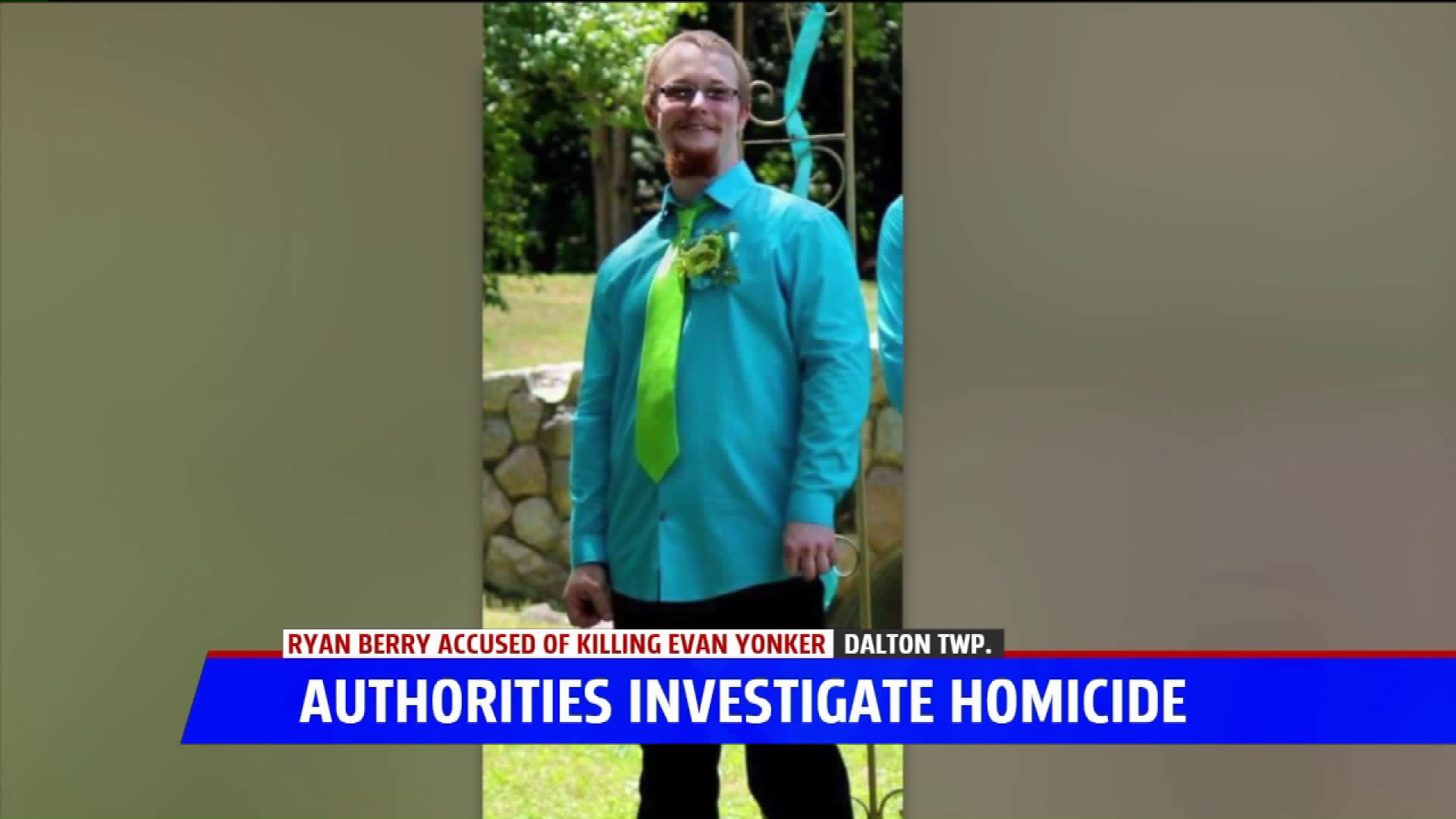 DALTON TOWNSHIP, Mich. - A man pulled from Lake Michigan on Thursday is being held on a charge of Open Murder.

Relatives tell FOX 17 that Ryan Berry is in jail and is the man suspected of killing a father of two from Twin Lake, Michigan earlier Thursday.  He was captured in Lake Michigan by the Ottawa County Marine patrol and a boat from the U.S. Coast Guard.  Berry was reportedly treading water for 40 minutes as he threatened to kill himself off of Grand Haven State Park.

Authorities were searching for Berry after Evan Yonker was found dead from a gunshot wound in Dalton Township.  About 9:00 a.m., Yonker's neighbor says he heard Yonker drive down the street and quickly turn into his driveway.  Yonker's girlfriend and Berry, her ex-boyfriend, were inside.

Yonker's estranged wife tells FOX 17 that Yonker was killed with his own gun, which had been hanging on the wall inside the home. Berry then took Yonker's girlfriend to Grand Haven, before stripping off his clothes and jumping into Lake Michigan.

At some point during the events of the day, Berry wrote on his Facebook page:

To everyone that I loved and that loved me, I'm sorry that it came to this. I always tried to be a good person but this &*#%@! up life got the better of me. I lost the most important people in my life in a matter of days, thrown away for no reason. Goodbye

Yonker's neighbors, Sharon Clover and Connie Baxter are now saying 'goodbye' to Evan, who they say never had a chance to share his own final words.

"He was an awesome, amazing man, and an especially great father. He'd help you with anything. He'd give you the shirt off of his back."

Yonker leaves behind two young daughters.  He had been dating Berry's ex-girlfriend for only a week, but they had known each other in high school.  She was also detained by police for questioning.

Berry is expected to be arraigned on Open Murder charges on Friday.