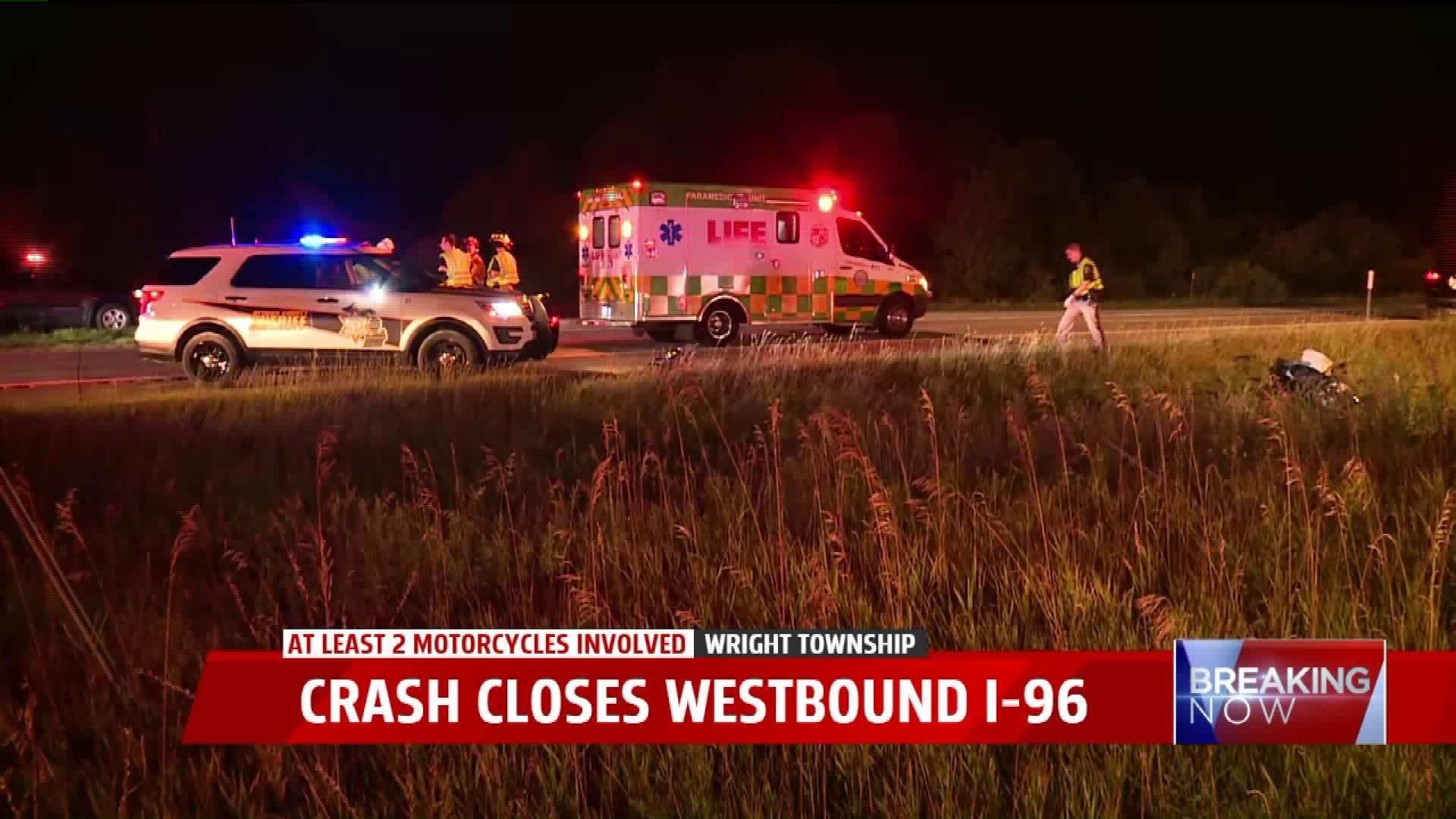 Ottawa County deputies say a 47-year-old Wyoming man was driving his 2014 Harley south on 8th Avenue when he lost control on the curve to Hayes Street. He and his motorcycle left the road and went through a ditch, ending up on the embankment of westbound I-96.

Westbound lanes of I-96 were closed for about an hour as Aero Med was called to the scene to fly the man to the hospital. The highway was reopened just after 10:00 p.m.

Deputies say a second crash happened at the scene at about the same time. In that instance, a 44-year-old Wyoming man lost control of his 2005 Harley at the same corner and crashed into the ditch on Hayes Street. He was taken to the hospital by ambulance with head injuries.