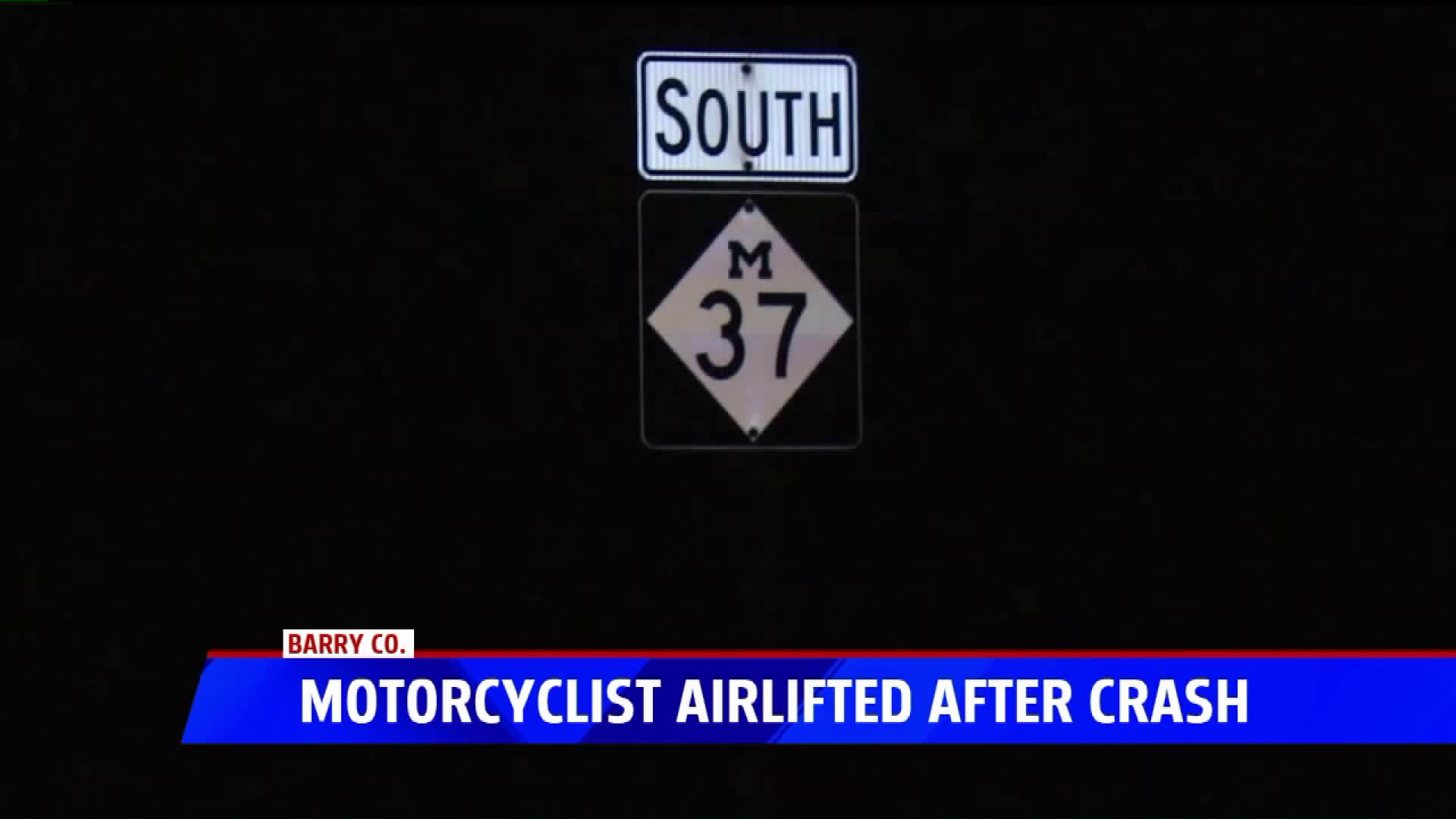 RUTLAND TOWNSHIP, Mich. -- A motorcyclist was airlifted after a crash with another car Wednesday night, according to the Barry County Sheriff's Office.

It happened just before 9:15 p.m. on M-37 near Pinecone Drive in Rutland Township of Barry County.

Deputies say the driver of a SUV turned into the path of the motorcyclist causing the two to collide.

The motorcyclist, only identified as a 29-year-old from Plainwell, was injured and airlifted to a nearby hospital. Deputies say the driver of the SUV, a 39-year-old woman from Hastings, was not hurt.