Oakridge looks to put last season’s heartbreak behind them 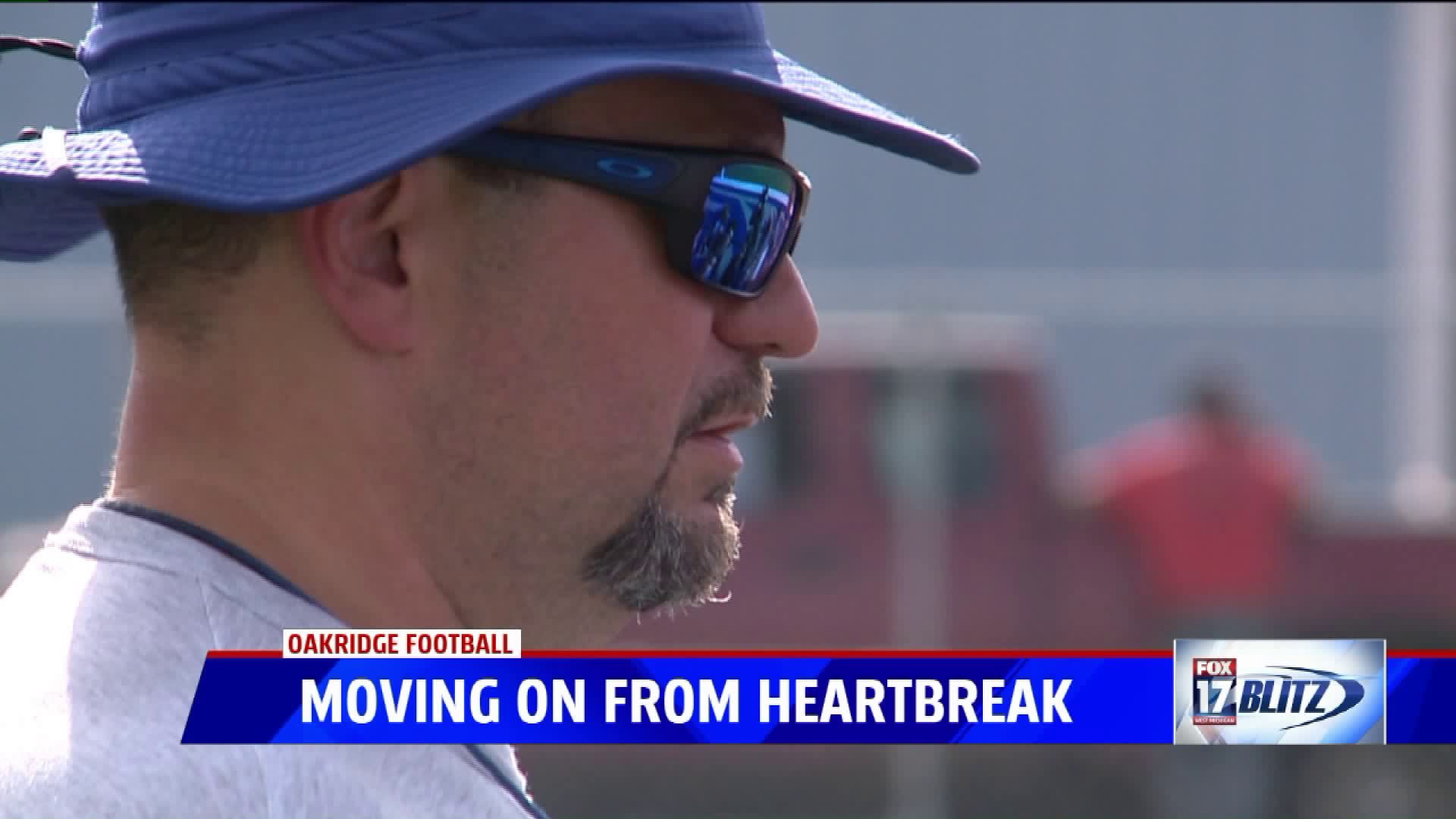 MUSKEGON, Mich -- Oakridge put together an outstanding regular season again in 2018 going 8-1 with the lone loss coming to Montague, 25-24. In the playoffs, the Eagles had no problem getting by Belding before taking a 35-8 lead into halftime against Unity Christian in the district final. In the second half, however, Oakridge would be outscored 32-2 en route to a 40-37 loss. This fall, the returning players and coaches are using that loss as fuel to their fire.

"We don't dwell on it," head coach Cary Harger said, "but at the same time, I always tell my players that the worst thing about making a mistake is not learning from it, so we need to go back and learn from those mistakes and see what we had in place and in plan and see where it went wrong."

"Of course I still kind of think about it," junior wide receiver Jacob Danicek added, "just because we were up so much and blew it but I just put it behind me, come out and play."

Leroy Quinn ran for nearly 1,800 yards and totaled 29 touchdowns as a junior last season, he's another returning player who still feels the loss to the Crusaders.

"It sucked a lot," Quinn said, "having them come back and us being up as much as we were and them coming back and winning. Yeah, I think about it a lot but there's nothing we can do about it, they can say they won it, I'm glad they won it and we can say we lost to the champions."