Pursuit ends in crash into pole at 28th and E. Beltline 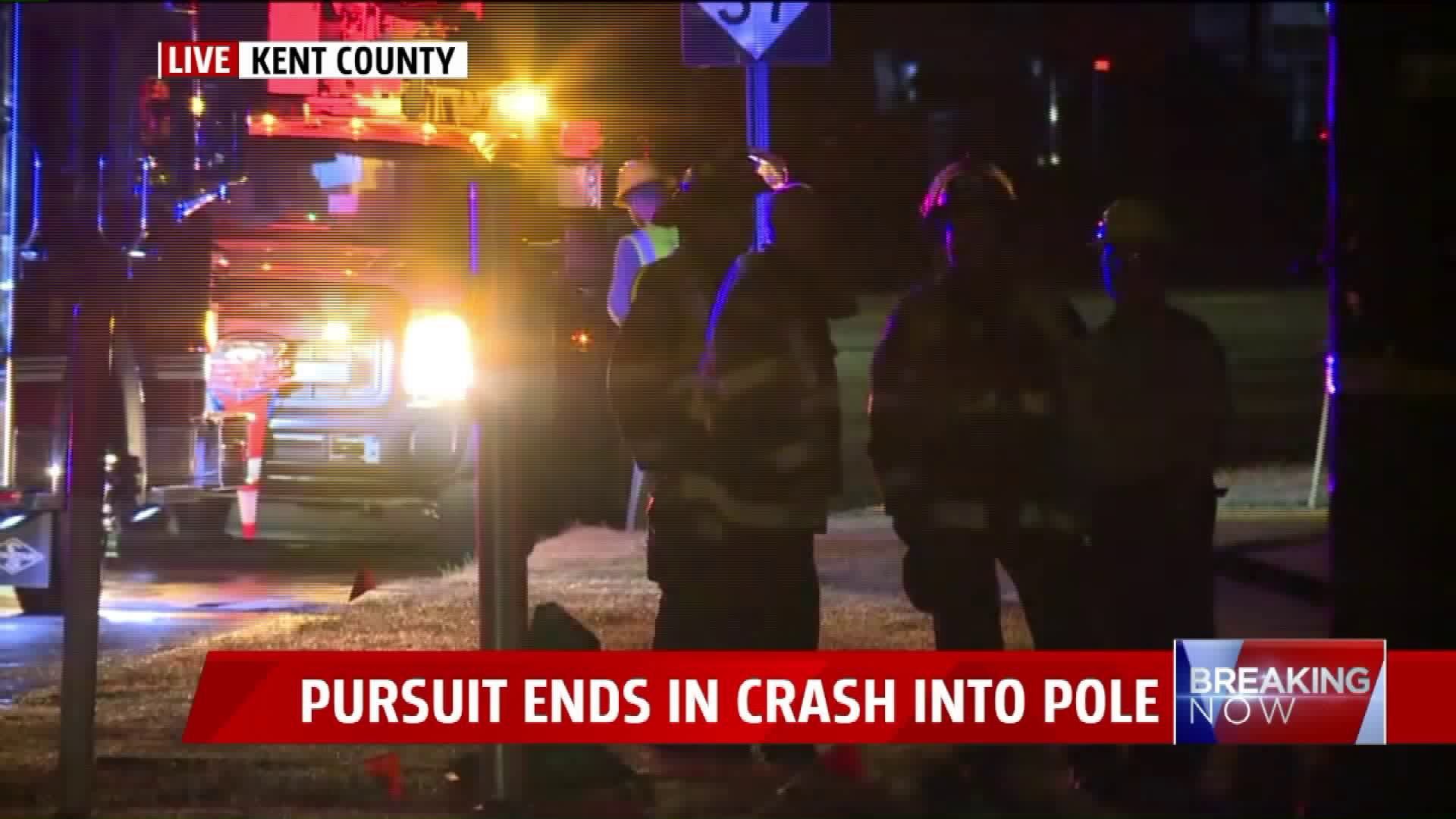 GRAND RAPIDS, Mich. — The Kent County Sheriff's Office says three people were injured after a pursuit ended in a crash.

It happened around 3:30 a.m. Thursday at the intersection of 28th Street and E. Beltline Avenue in Grand Rapids.

Deputies say they were in pursuit of a stolen car and it ended when the driver hit a power pole at the intersection.

All three people inside the car were injured in the crash but said to have minor injuries. Deputies say all three could face charges.

Consumers Energy has been notified about the damage to the pole.