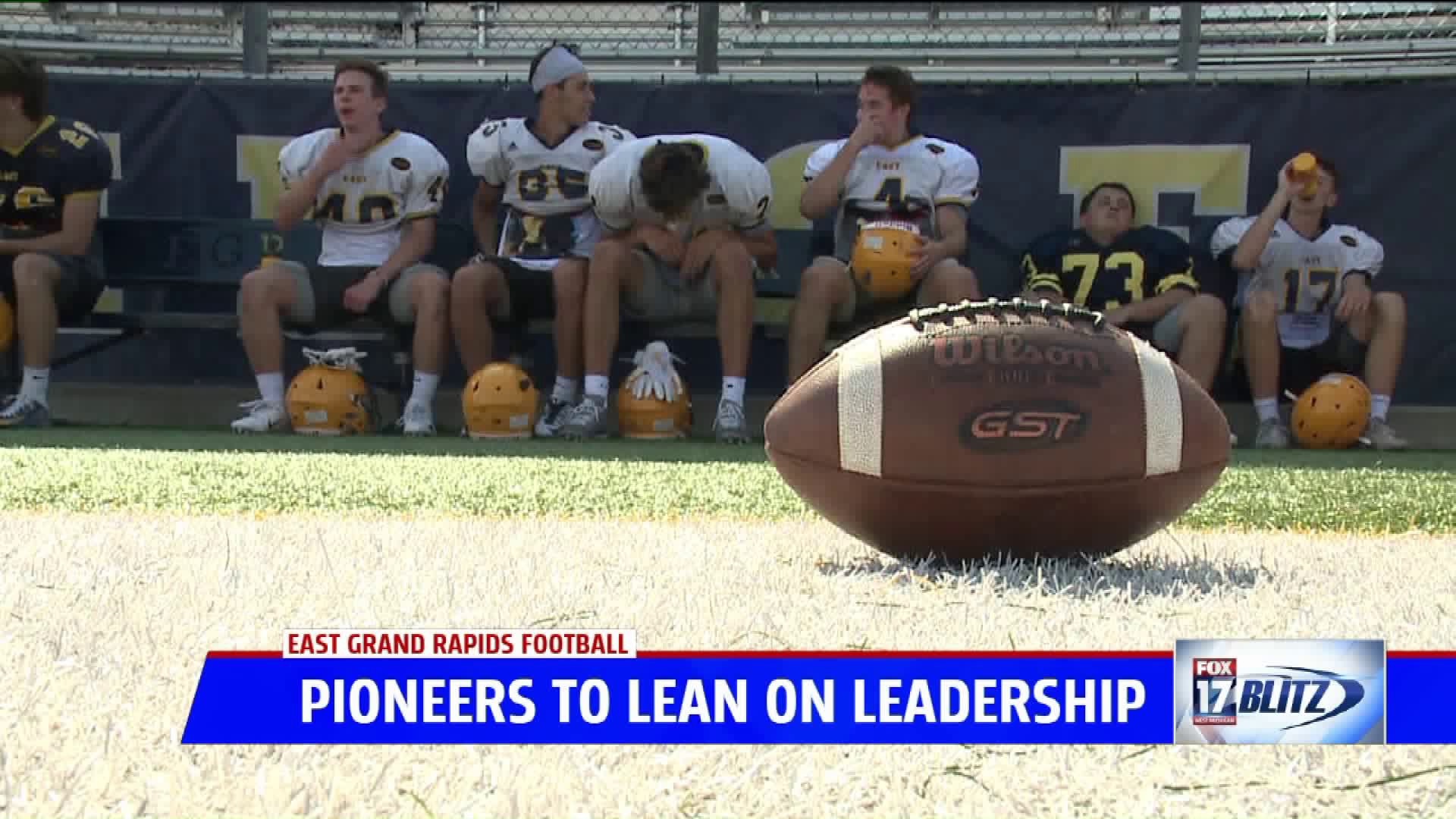 EAST GRAND RAPIDS, Mich -- East Grand Rapids is coming off of a 6-4 season which included a tough schedule and two losses to Muskegon, including one in the playoffs. Head coach Casey Longo is entering his fourth season at his alma mater and is leaning heavily upon his 27 seniors to lead the way this fall.

"Senior leadership is obviously very important," Longo mentioned, "a lot of those seniors played significant roles and minutes for us last year as juniors, so having those guys back certainly helps."

Billy Bernecker and John Shelton are key two-way players for the Pioneers and are expected to carry the workload, both in the backfield and off of the field.

"Our class has always been pretty big," Bernecker added, "as other classes in the past have gotten smaller, ours has stuck together."

The Pioneers will have another tough schedule this fall, including non-conference battles with Zeeland West in week one and Muskegon once again in week three.

"We have a lot of guys coming back so we're really excited for us to lead the way," Shelton said, "and hopefully improve from last year, get some more wins and make a playoff run."