Kotopka ready to take over as Grand Valley’s quarterback 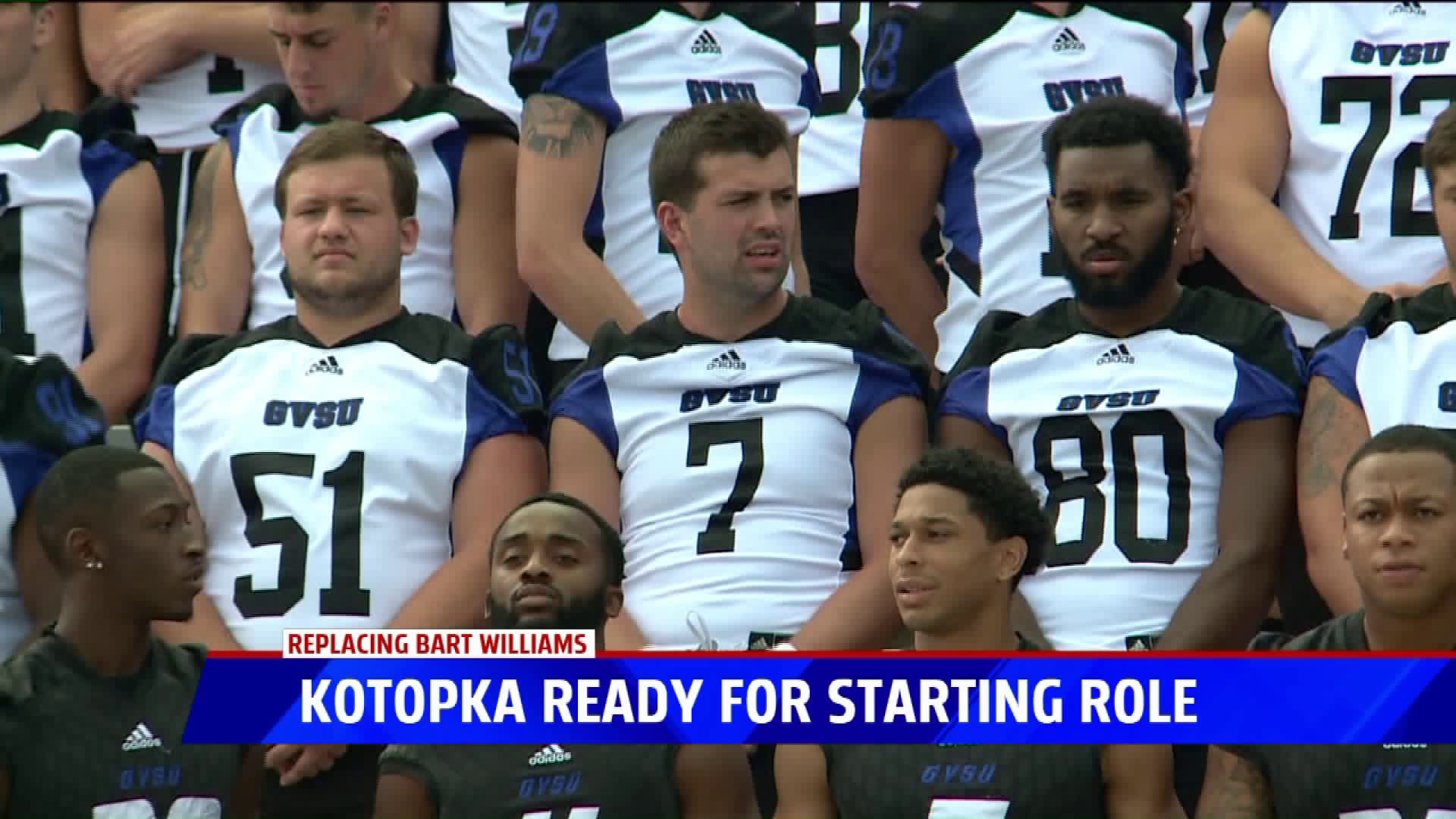 ALLENDALE, Mich -- Cole Kotopka will have big shoes to fill. The redshirt junior has sat behind Grand Valley's all-time leading passer, Bart Williams, for the past four seasons. Now, he's ready for his chance to shine this fall.

"Me and him collaborated very well," Kotopka said on his relationship with Williams, "him being the starter and me being the backup, I learned a lot and hopefully I can take some of the stuff that he taught me into this year."

Lakers head coach Matt Mitchell mentioned the large amount of transfers in college football when players don't see the field in the first few seasons. However, Kotopka stayed and has deep relationships with most of the team.

"The biggest thing is there's a lot of trust for him between him and the rest of the roster because he's been here," Coach Mitchell added, "he came in with a lot of the juniors and seniors, so he has a great relationship with the guys, we're optimistic that will help."