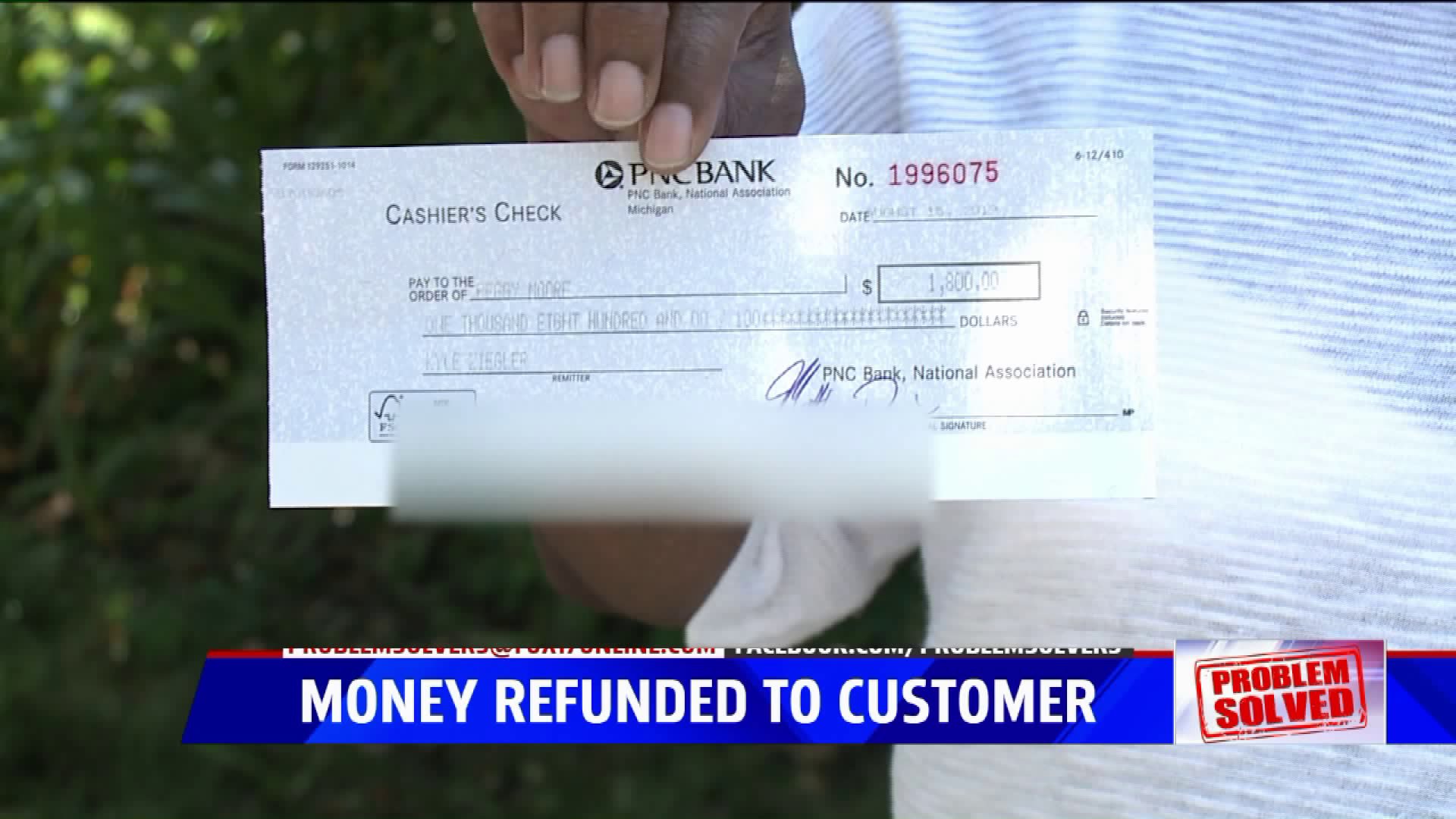 GRAND RAPIDS, Mich. -- After nine months of getting no results on her own, Peggy Moore's been made whole within a week of contacting the Problem Solvers.

The 68-year-old grandmother had paid Ziegler for a flooring job in November 2018 that he never started. He was supposed to redo her kitchen and living room, but Moore said he initially gave excuses for not showing up and eventually went silent.

"And my biggest thing is I would like to thank FOX 17 Problem Solvers for all their help and support cause like I stated to Mr. Ziegler, I believe without them I wouldn't have gotten this check," she said.

Ziegler claimed to have sent a cashier’s check to Moore back in the winter, but she said she never received it. Moore said when Ziegler previously made this claim to her, he promised to check with his bank but never got back to her. Moore said Ziegler hung up on her in July. Also, Ziegler told FOX 17 he didn’t have a receipt.

But now, the 68-year-old has the funds to get her floors done and encourages anyone with a problem to reach out to the Problem Solvers.

Moore exclaimed, "I would say, 'They're the best!'"

"I would tell them they really get the job done, and it's really worth it because I was kind of, uh, hesitant at first. But my friends told me, 'Oh no, call Problem Solvers. Don't let him get away with that.' And so I want to thank my dear friends from church Rita and Cora," she chuckled.

FOX 17 spoke with Kyle Zielger again by phone after Moore received her check. He wasn't interested in an interview. However, Ziegler said he acted promptly from the time FOX 17 contacted him and got this taken care of within a week. As for the check he claims to have sent Moore earlier in the year, he said Huntington Bank sent him a copy of the cashier's check and that it was not cashed.

If you're in the market for home improvement, don't pay for a job in full upfront. Moore had paid about 80 percent. If payment is requested, the Better Business Bureau recommends you pay about one-third.