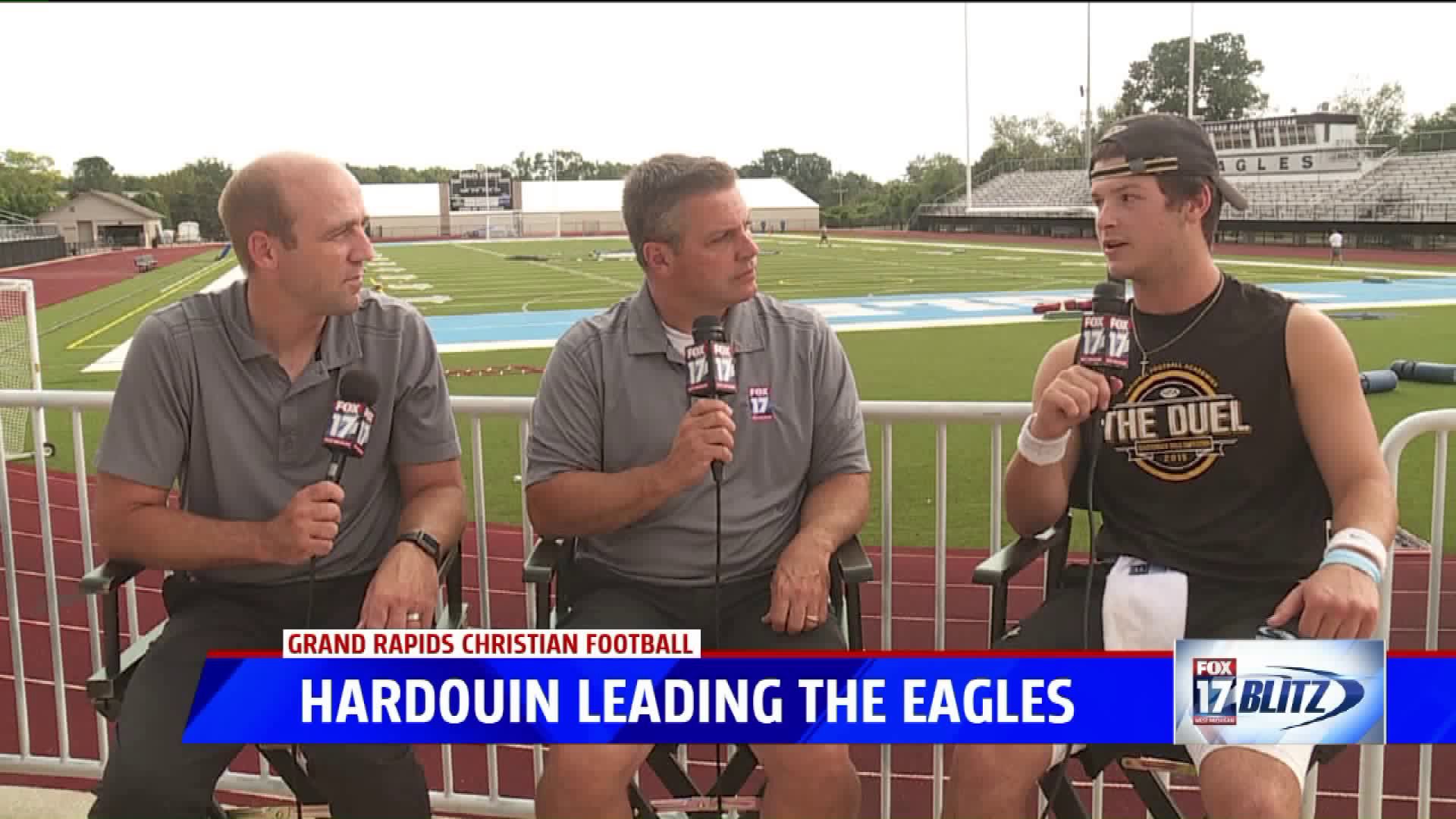 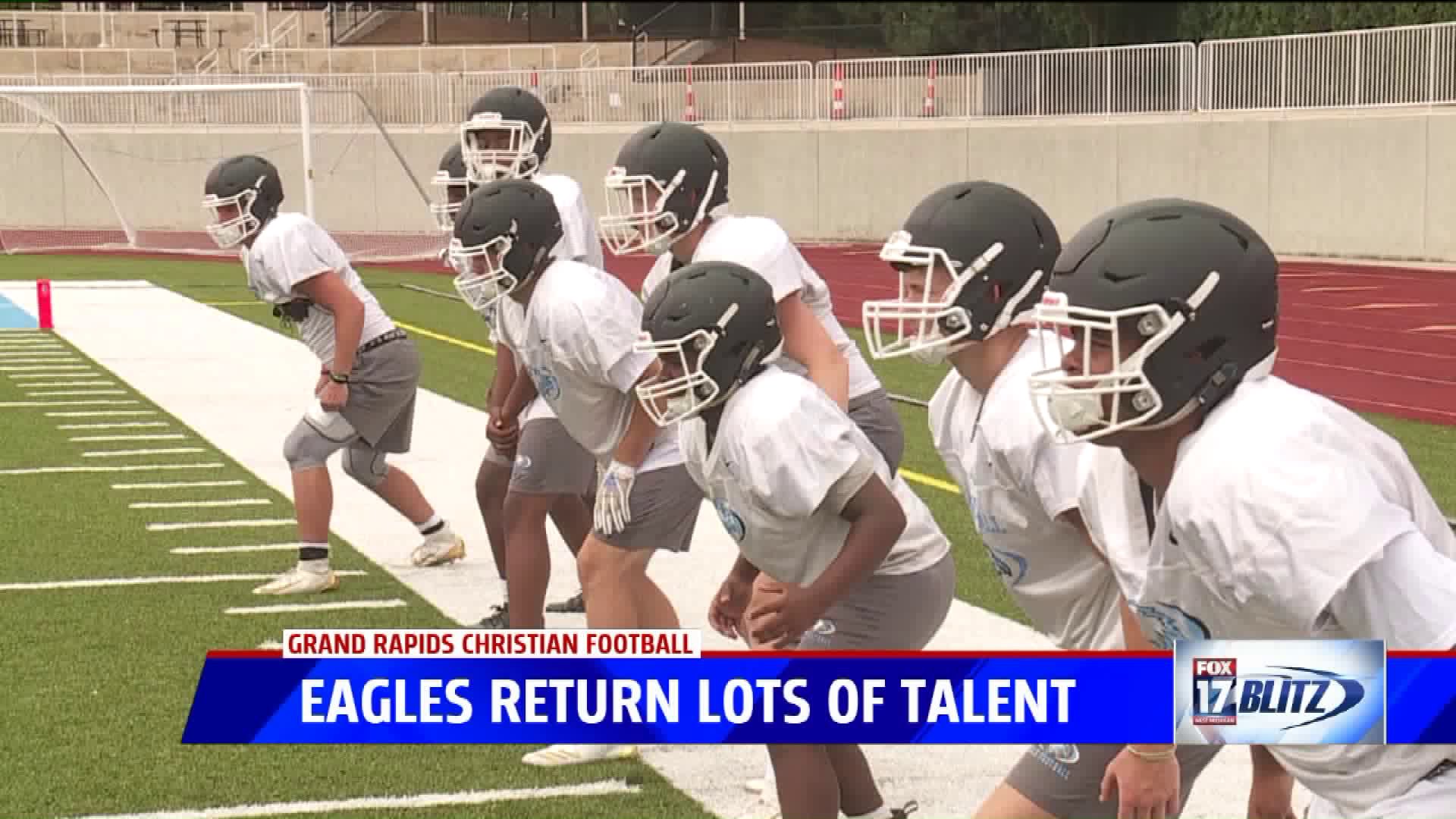 GRAND RAPIDS, Mich -- The Grand Rapids Christian football program has made the playoffs for nine consecutive seasons under head coach Don Fellows, who is entering his tenth season with the program. With 17 returning starters, the Eagles coaching staff is expecting a lot from this year's roster.

"I think we have addressed it with our kids," Fellows said, "saying, 'listen, people expect us to be really good but I worry about that too,' we are trying to just go day-by-day I know that is cliche-ish but we want kids to be able to enjoy football too."

The Eagles return a lot at the skilled positions especially, including quarterback Eason Hardouin who threw for nearly 2,000 yards last season.

"Just having experience all offseason, we have been determined to work hard and being the weight room and knowing the expectations we have for ourselves," Hardouin said. "The coaches hold us accountable for everything, we have a lot more on ourselves personally for this upcoming season."

Christian will open the season with Rockford and Zeeland West, two outstanding programs that will prove to be a big test.

"It is a test to see how good we are," Hardouin continued, "we think we are really good. We want to go up against the best teams in the area and see how we stack up against them."