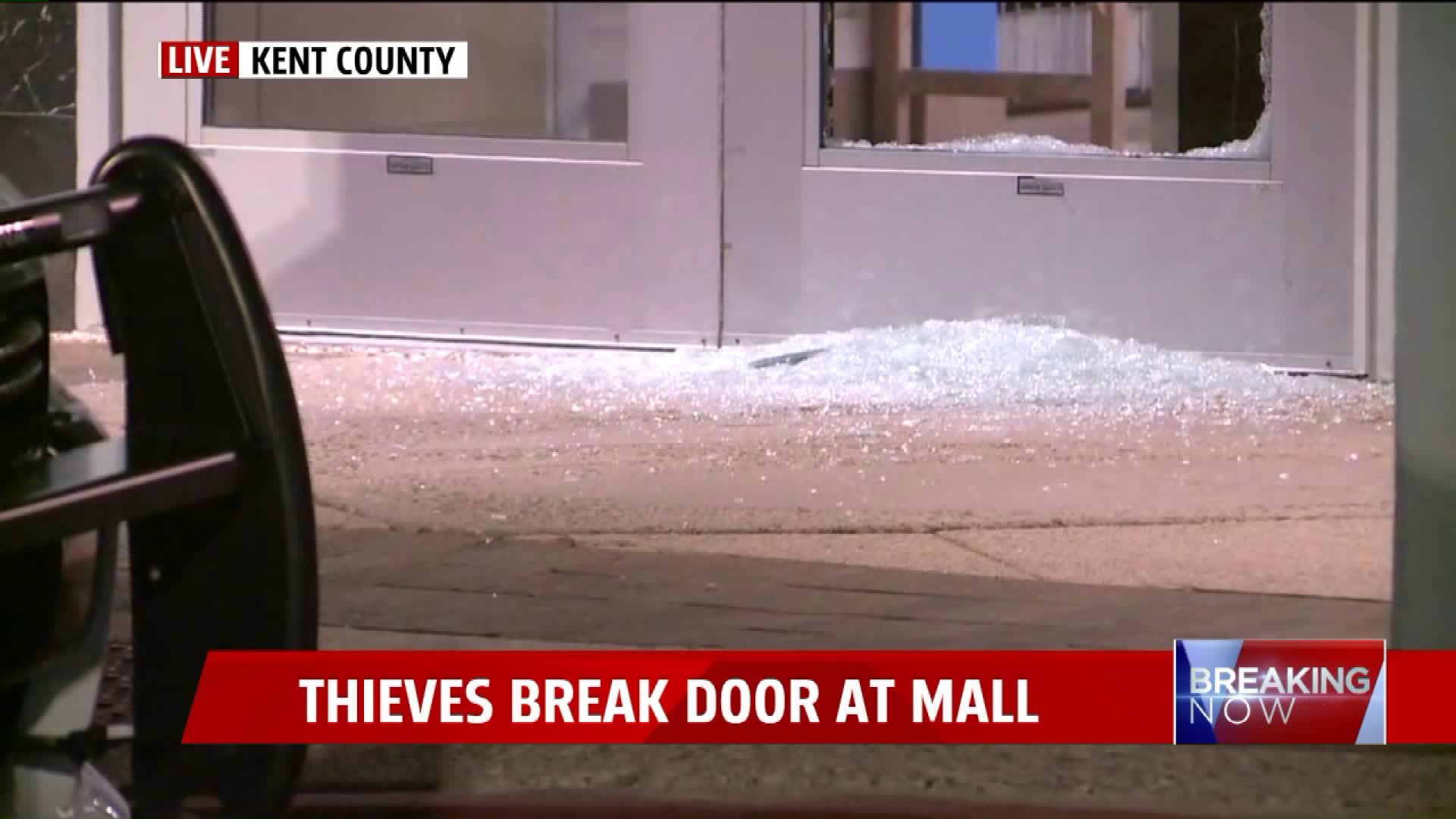 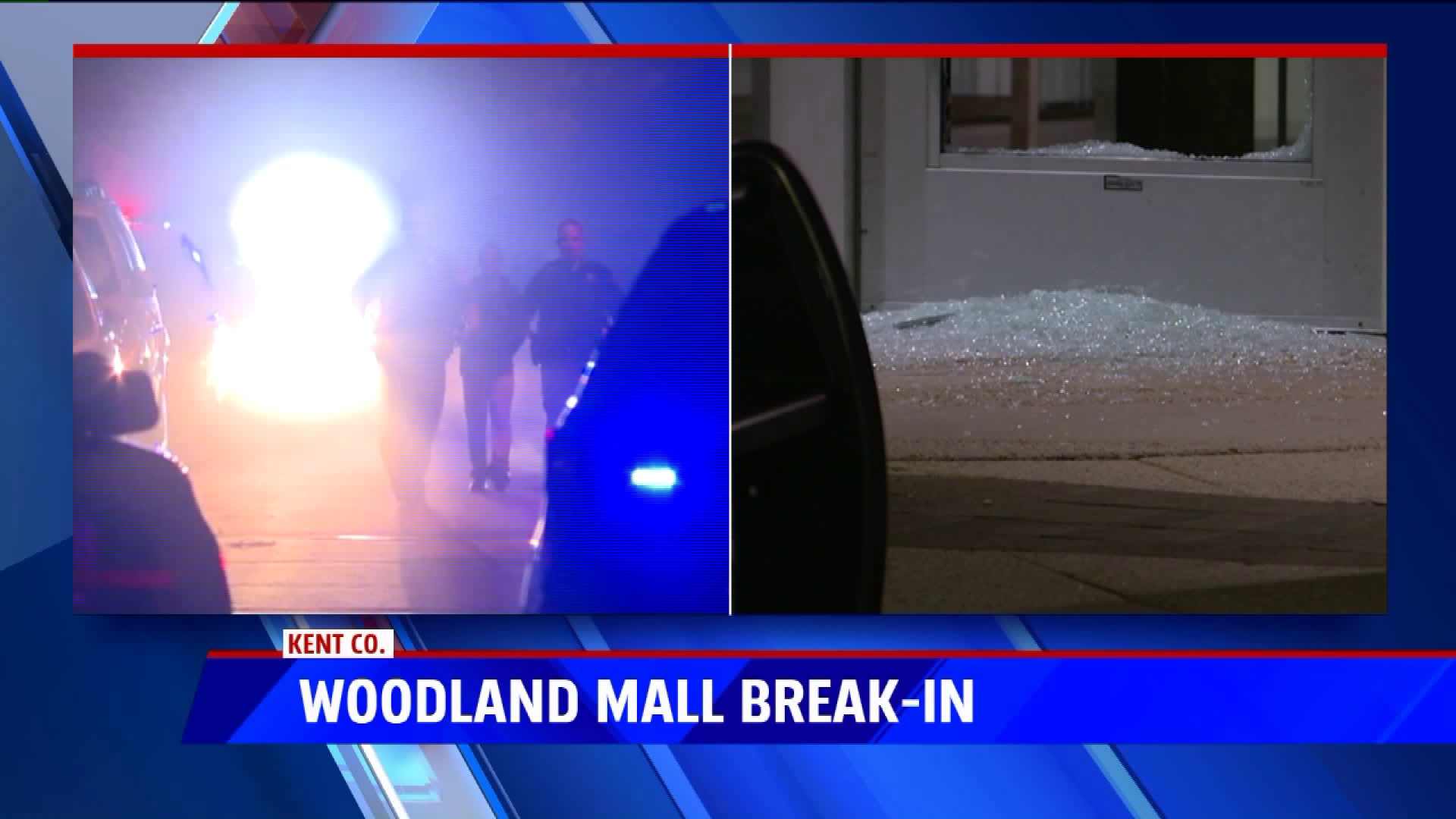 Kentwood police say it appears they broke in through a glass door and stole items from a cell phone kiosk, a jewelry kiosk and a clothing store.

Police say they used the stolen phones to track down the suspects which lead to a heavy police presence down the road on Grand Rapids' SE side.

A total of three teens, ages 16 and under, are now in police custody but there are two teens still at large.

Investigators are now working to get a search warrant to go inside the home of the suspects.

In a statement, Woodland Mall said:

We are grateful for the fast work of our security firm, Allied Universal, and to Kentwood Police Department, for their quick response to this morning’s break-in. We are cooperating fully with KPD in its investigation and look forward to those responsible for the roberries to be brought to justice.