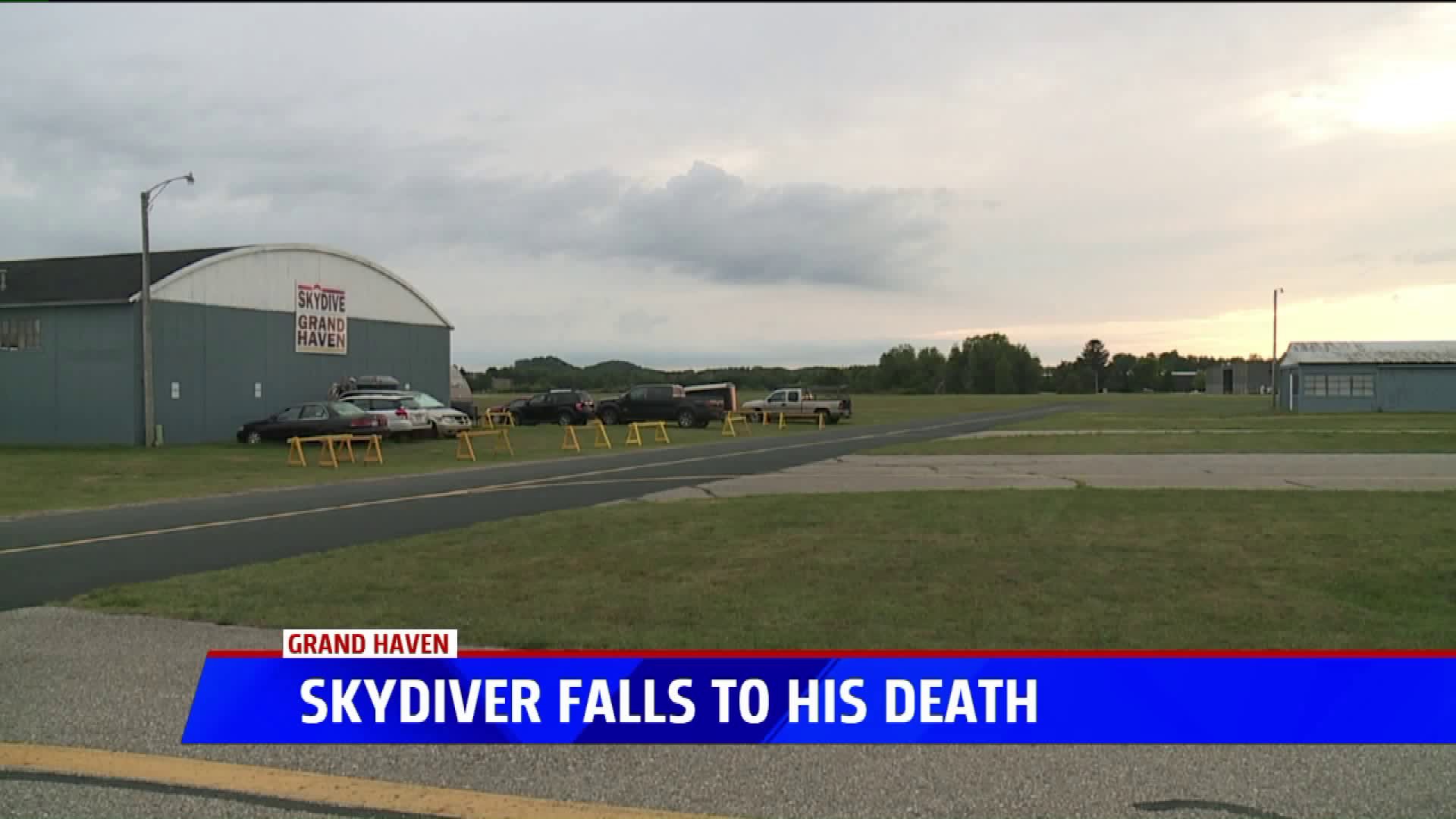 Organizers say he was from out of state.

It happened around 3:50 p.m. at an event featuring about 200 jumpers. The publicly-owned airport at 16446 Comstock St. two miles southeast of Grand Haven.

Witnesses said the parachuter was completing a skydive when his parachute may have come into contact with another skydiver who also was landing.

Police said witnesses reported seeing the parachute collapse about 50 feet off the ground. The victim was participating in the Dink, Dink, Boogie event at the airport.

Afterward, skydiving was suspended at the airport.

"Whether it was a decision or just the physicality of what was happening, it was too much. It's hard to know, he struck the ground very hard," said event organizer Andrew Draminski, who is also a skydiver. "At the end of his jump, didn't perform the procedures that we would normally perform. Whether he was distracted or physically impaired, we really have no idea."

Draminski says the victim was in the right place and in control up until the last moment.

The event is scheduled to wrap up Sunday; whether that will include skydiving was not known as of Saturday night. The Federal Aviation Administration will investigate.

It's the second time this summer that a parachuting event near the airport has made news this summer.

In early July, rescue crews responded to a report of a parachute landing in Pottawatomie Bayou in Grand Haven Township. It turned out the parachuter was able to cut his primary chute away after a malfunction, and land safely at the Grand Haven Airport.