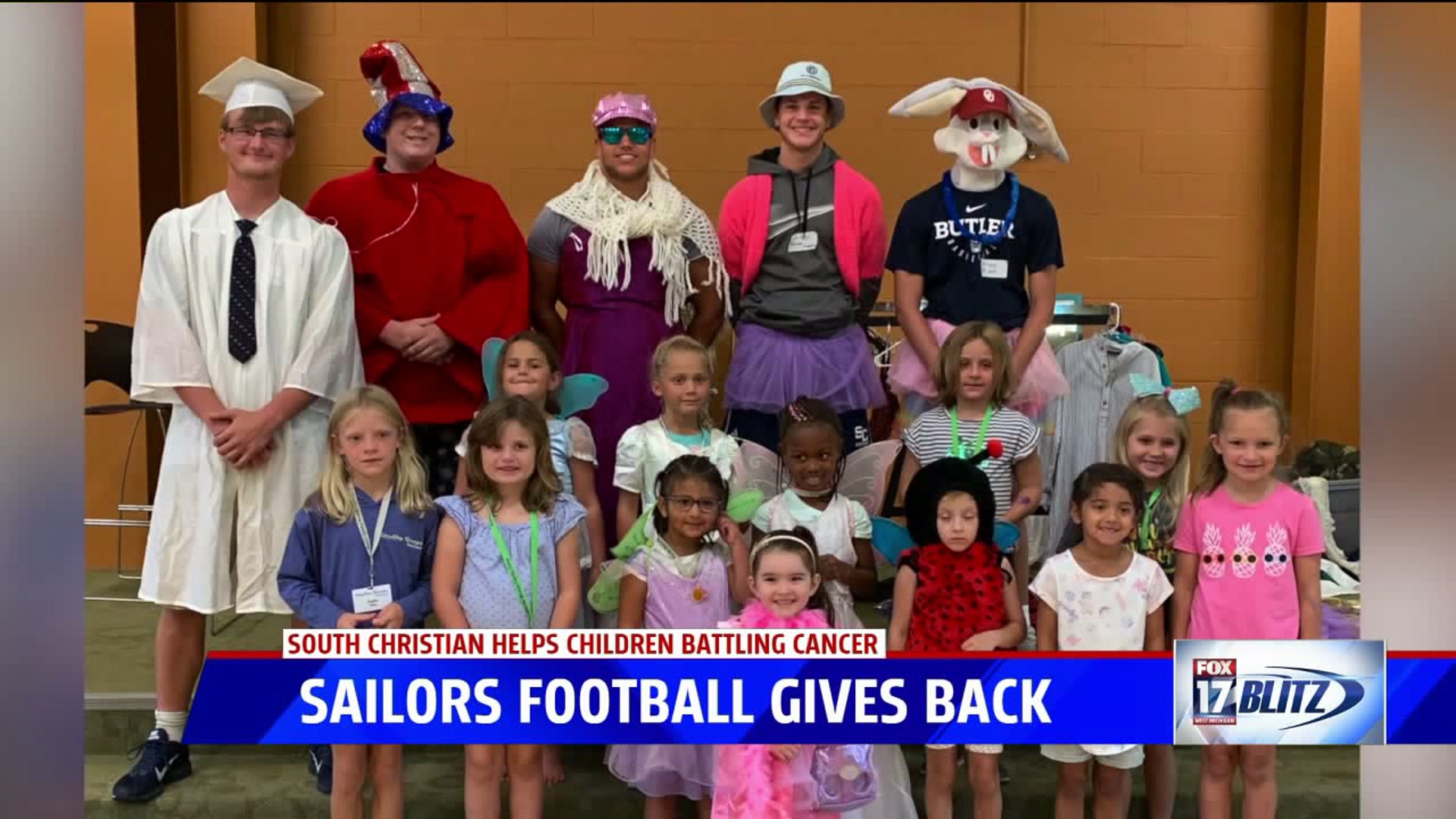 GULL LAKE, Mich -- Starlite Shores Family Camp has been around for seven years and gives children battling cancer a chance to get away from it all with their families. The annual camp is reliant on volunteers and host families.

"For years, I've been on Coach Brown and his wife and family to come serve and some of the other coaches at South Christian but unfortunately, it falls on a really tough week," co-founder of Starlite Shores, Kevin Diekevers, said.

"They always do this camp the first week of practice so we've never had the ability to come down," Brown, who is entering his first season at his alma mater, stated, "so, I figured, 'you know what? Instead of coaches and their families coming down to do, it we'll just bring the whole team down."'

The team spent three hours on the front lawn of Gull Lake Ministries for practice before taking a swim, playing some yard games and spending more time with the kids.

"We're coming here to serve but I think what's going to happen is these kids are going to be touched," Brown added, "our football players will be touched by what's going on and it's going to strike a nerve and make a lasting impact."

"I've always heard about all the great things they do," senior Ryan Dykstra added, "I was happy to hear that we were going to come out here to volunteer and contribute and make the kids' day."

"It's great to be here and working with kids that are dealing with cancer and their families," quarterback Chase Bradman continued, "to give back to the community in that way is great."

The camp certainly put things into perspective for the players, who are going through grueling practices but giving back is what it's all about.

"Coach Brown has been preaching to us about how to give back to the community," Dykstra said. "He says even more than winning football games, his job is to make us good, Christian men."

"This morning I was in a group and I was watching some of the players sing to the kids," Starlite Shores co-founder Carmen Diekevers mentioned. "It's so cool to see them become involved even though they haven't been here the whole time, to see them interacting with the kids and having fun."

"he practice field was a bit smaller than the team is used to but even the practice was about the children.

"We were able to have practice for that three hour window and some of the kids were coming over and playing with us and snapping and catching the ball and all that stuff," Brown added on the unique practice.

"Just to put these kids in an uncomfortable situation and just gel and dive in with both feet has been really, really cool to see," Kevin Diekevers continued.

If you're interested in learning more about Starlite Shores Family Camp you can get more information on their website by clicking here.