Strong 2018 leads to high expectations this fall for Thornapple Kellogg 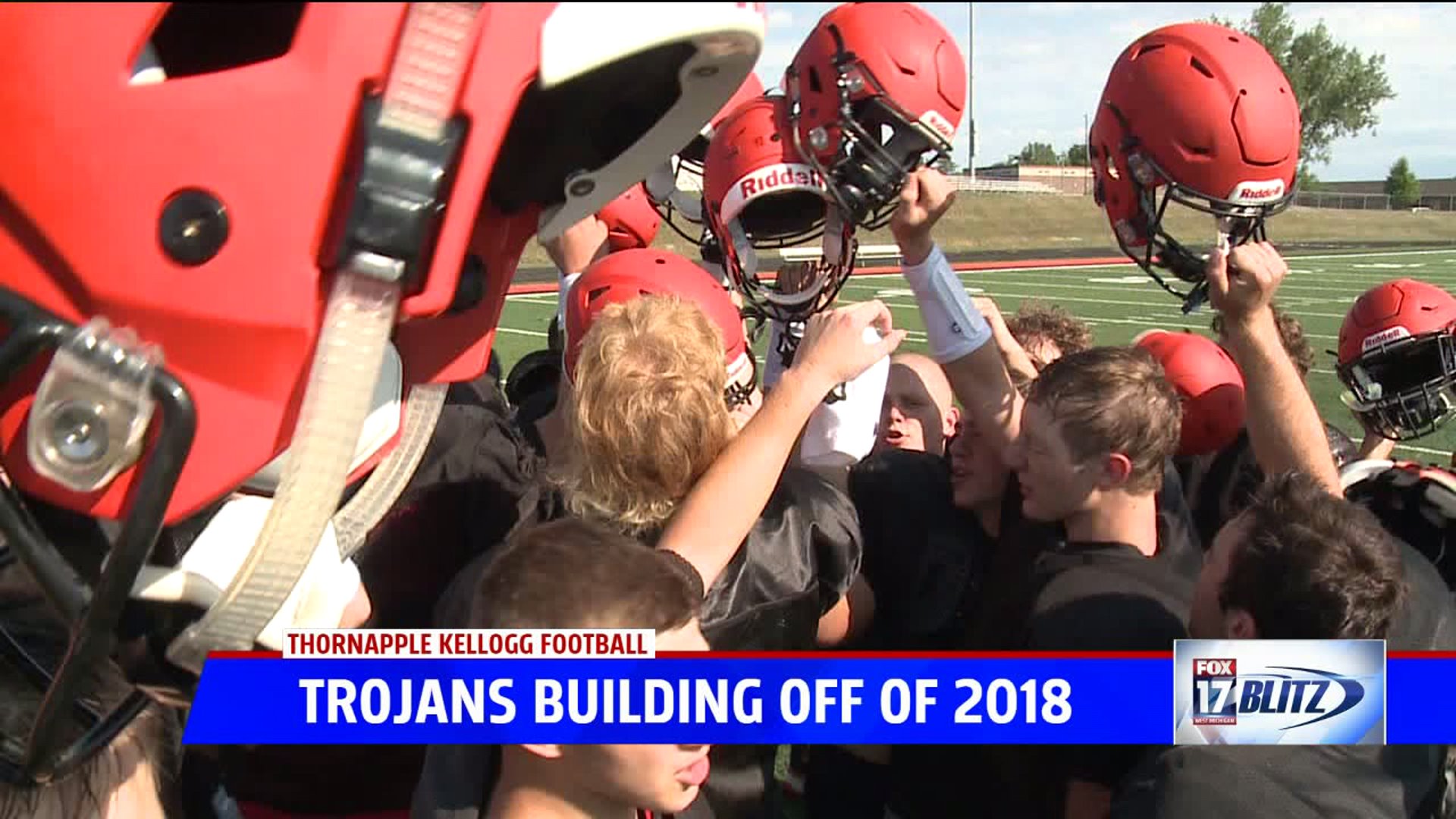 THORNAPPLE TOWNSHIP, Mich. -- The Thornapple Kellogg football team made the playoffs for the first time since 2010 last fall and now expectations are on the rise.

"We have to build off of last year but kind of forget about last year, too," head coach Jeff Dock mentioned. "Last year doesn't help us this year but having those expectations of going, 'guys, you can do this, this is what should happen."'

Quarterback Gabe Nelson is one of the returning players at the skilled positions for the Trojans coming off of the 7-3 season a year ago.

"I think it was a big step and somewhat of a success," Nelson said, "it's not how we wanted to end the season, we wanted to go farther but it is what it is, we were pretty happy with it."

The Trojans fell to Battle Creek Central, 25-24, in the first round.

"We all kind of played together last year, we don't have one guy that leads the team or one star player," senior wide receiver, Colson Brummel said, "we have a whole lineup of guys that can help each other out and impact the play on the field."

The Trojans will have the same schedule as last season when they began the year 5-0 and open the season with Hastings.