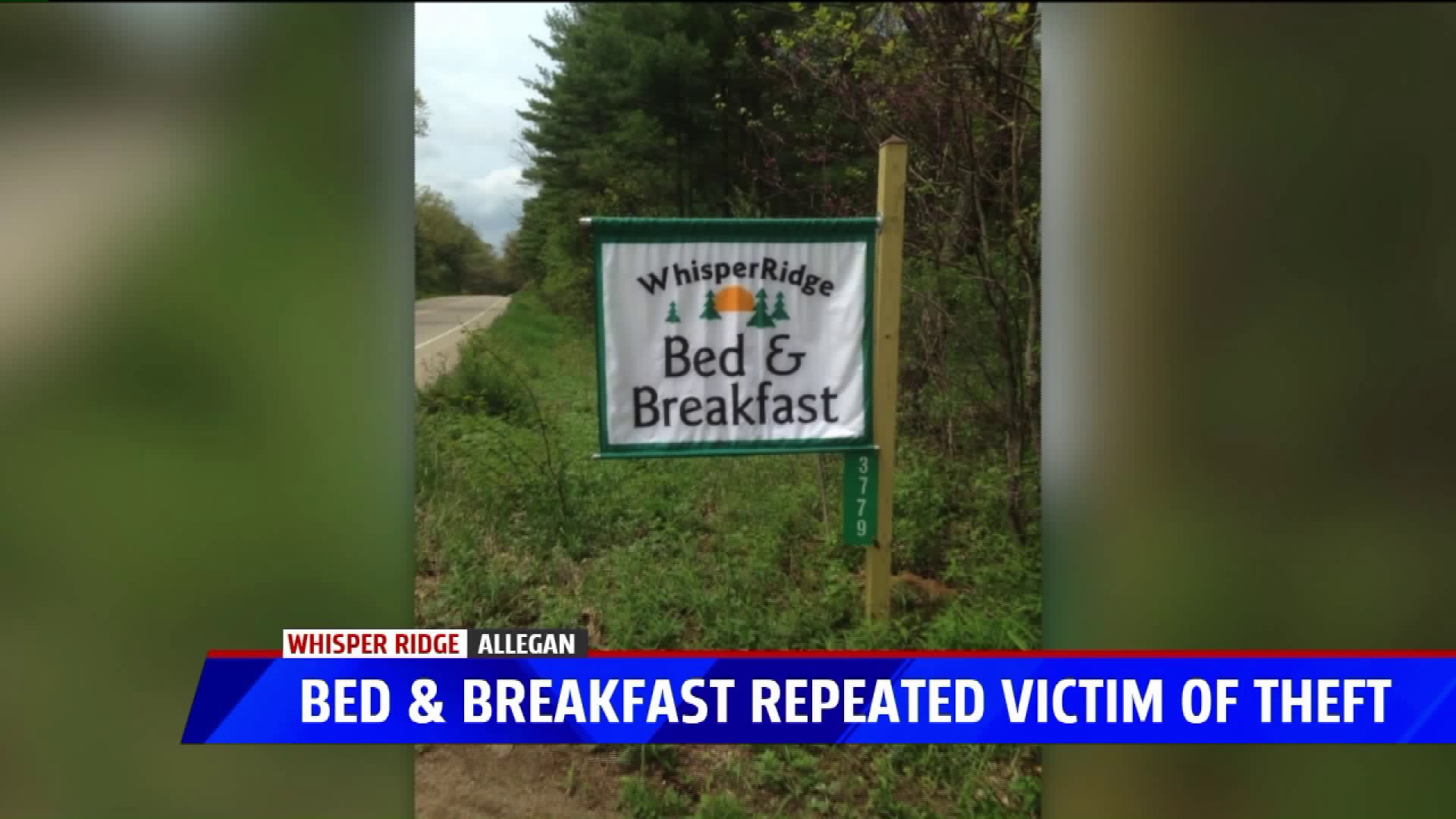 ALLEGAN, Mich. -- The owners of an Bed and Breakfast say a thief has targeted their business multiple times. The sign outside of Whisper Ridge Bed and Breakfast has been stolen and damaged at least five times in the last three years, and the owners, Mike and Patricia Huth, are fed up.

“It’s expensive to replace these. And it’s very frustrating. It just makes me so angry. There’s no reason someone should be doing something like this,” Patricia Huth said.

At around $300 a sign, Patricia Huth says they put in a trail camera to try to catch the culprit. Yesterday, when she was gone for just an hour, someone stole the sign again.

“I don’t know what happened…but there’s noting on the camera,” Huth said.

The Huths say they are hesitant to buy a new sign, but have placed one on the side of the road because their B&B is tucked back in the woods. They're hoping that by sharing their story, the culprit will quit it.