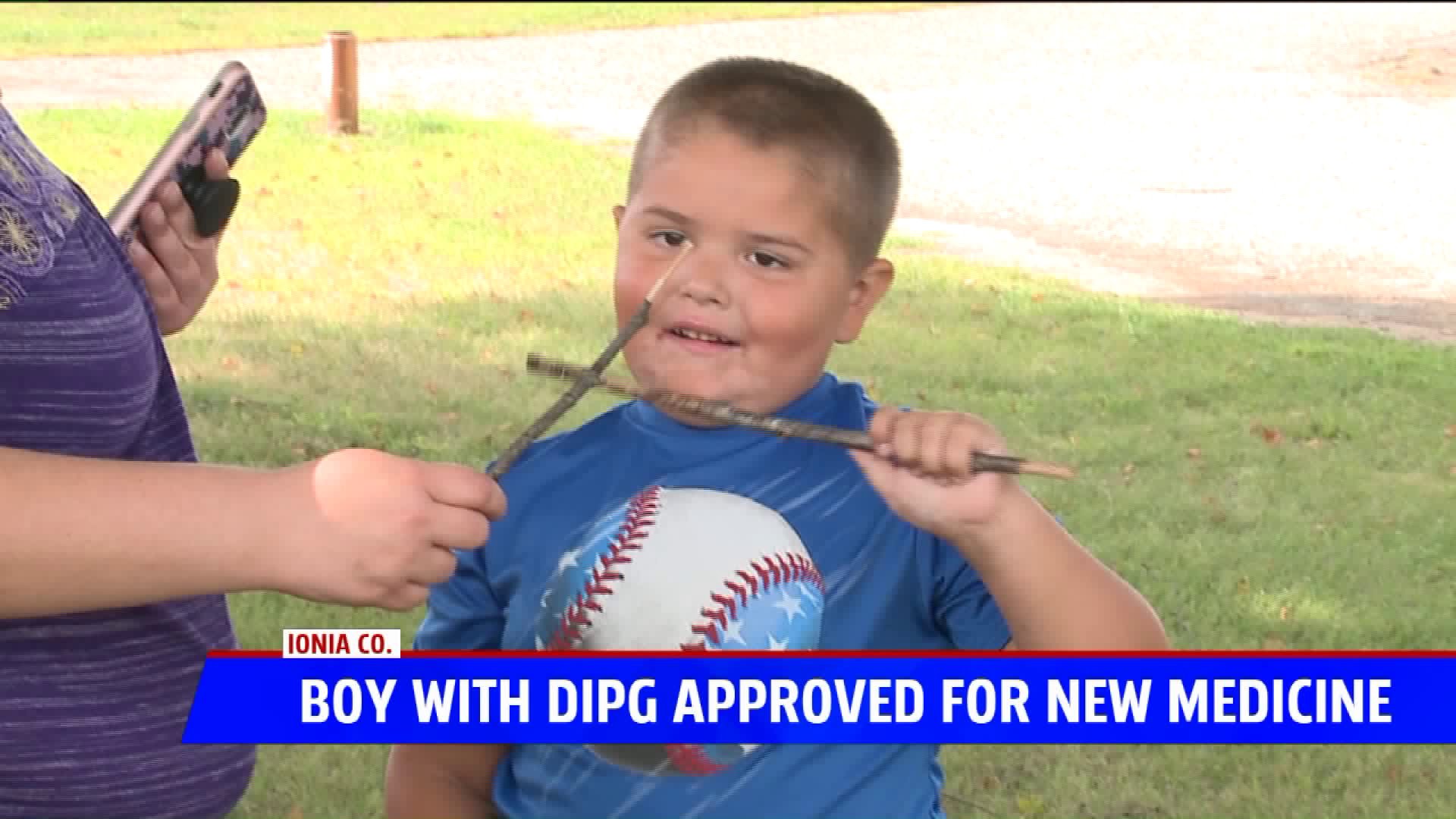 "This is his last option and only option that he has. If we don't try this then he is gonna die for sure," Dennis told FOX 17.

The past six months have been a roller-coaster ride for Peyton and his family. In February, he received a terminal diagnosis of diffuse intrinsic pontine glioma, or DIPG — an aggressive form of inoperable brain cancer.

Since then, his mother learned of the new trial medicine that aims to shrink the tumor.

"This is our last resort. I mean, he has nothing to lose," she said.

Over the past several months, the community has helped Peyton fulfill his bucket list. Last week, his family took a relaxing trip thanks to the Starlight Children's Foundation.

However, when they got back Dennis found a devastating letter in the mail dated Aug. 12.

"We were angry to still receive the letter," she said.

Their insurance provider, McLaren Health Plan, denied coverage for the treatment. The letter states, in part, that Peyton's diagnosis is not a Food and Drug Administration-approved indication. Dennis said the drugs are $10,000 per week or $20,000 for a month supply.

However, Monday afternoon, Dennis got an email from a nurse at Helen Devos Children's Hospital stating the insurance company had changed its mind.

"I was crying happy tears. We're so happy. It's a relief and a weight lifted off our shoulders," she said.

It's unclear what caused the change of heart. But Dennis said the staff at Helen Devos have continued corresponding with the insurance company.

"It's a big deal because Peyton now does, for sure, have the chance to be the first kid to try this medicine and could be a cure for DIPG kids all around the world," Dennis explained.

She expressed, "We're just thankful for all the prayers and support that we have from everybody. We couldn't get ... through this without 'em."

Peyton begins treatments this Thursday. The family has a GoFundMe page set up for related expenses.