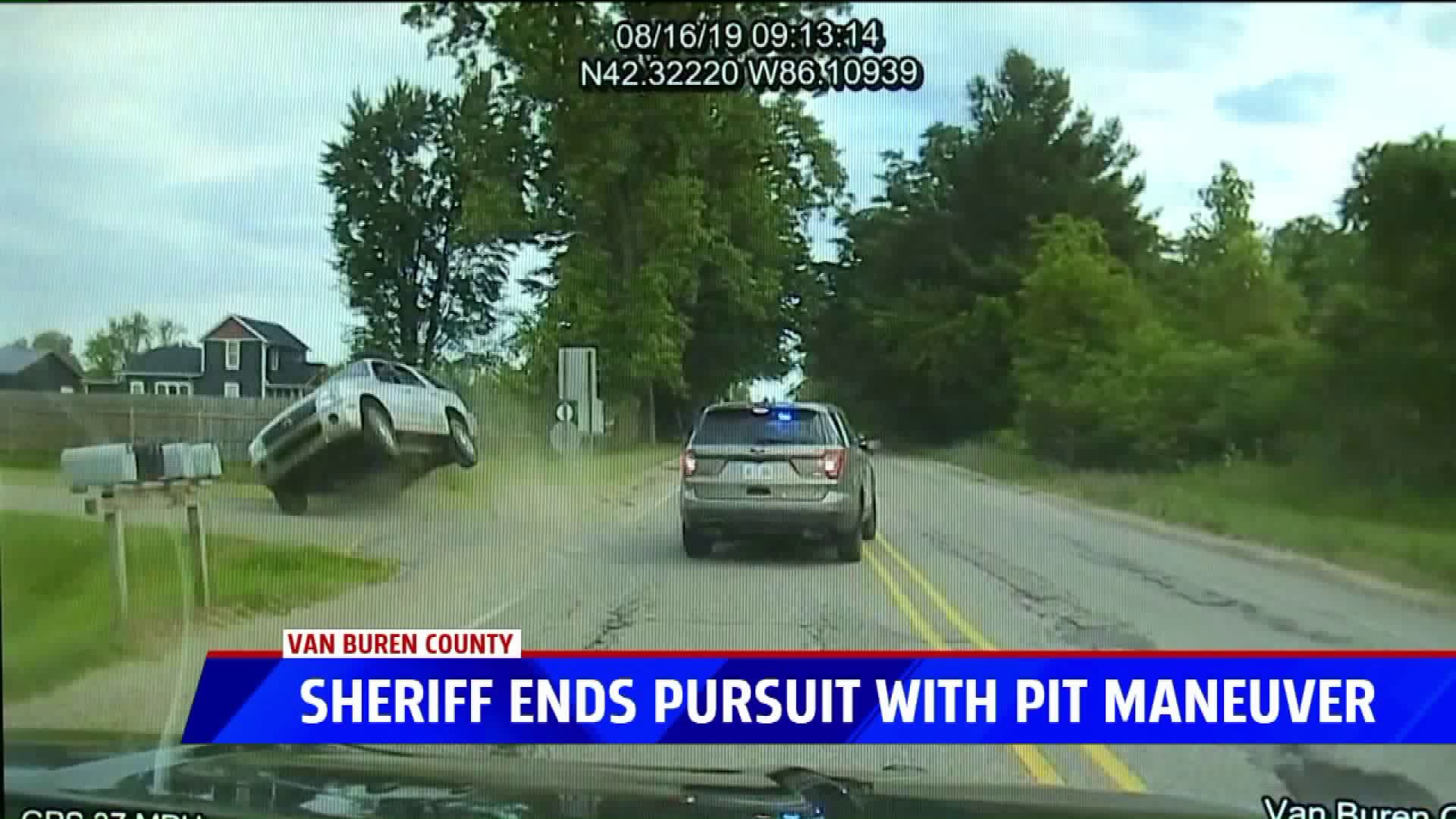 Van Buren County Sheriff Dan Abbott said he used his patrol car to hit the suspect’s vehicle from behind in order to get him to stop before entering an apartment complex in Bangor.

“My biggest fear is that he would bail out with a gun and things would’ve went really south,” said Abbott. “When he did slow down to go into the apartment complex, I ended up pitting him.”

Abbott identified the suspect as 32-year-old James Ochoa-Rodriguez and said the complex he was headed towards was the same place where a car fire happened earlier that morning at 3 a.m.

Bangor police were already on the scene investigating the incident when Abbott arrived.

“It was obvious that it was an arson where the car actually sparked up in the rear where it should not have ignited if it was a car fire,” Abbott said. “So I was helping them trying to locate the suspect.”

Hours later, around 9 a.m., dispatch received a 911 call about a fight at a Shell gas station in South Haven. They were told a man had a gun and left with two other individuals in an SUV.

Immediately, South Haven police spotted the group and followed them for several miles.

“I did end up taking over the pursuit being that I was familiar with those roads there,” Abbott said. “Coming into Bangor, the nice thing is he was stopping at intersections, not going over the oncoming lane.”

Abbott said he quickly put it together that the driver in the chase was connected to the alleged arson that morning.

As Ochoa-Rodrigues weaved through the stop sticks, Abbott got directly behind him, he said. Once the suspect made a left turn into the complex, Abbott used the PIT maneuver to stop him.

"After putting the driver into custody, it was found indeed that there was a charcoal lighter fluid in there as well as the gas can the was used," Abbott said about what authorities discovered in the car. "He gave a full confession to Bangor Police Department after the fact."

Ochoa-Rodriguez was arraigned on multiple charges including fleeing and eluding and assaulting police officers. The other two men in the vehicle were not apprehended at the scene.

"It's being sent over to the prosecutor on them," Abbott said. "However, what transpired after the fact, ended up they didn't have a gun in their possession. We didn't not put them into custody."