East Kentwood reloaded with Big Ten talent ahead of 2019 season 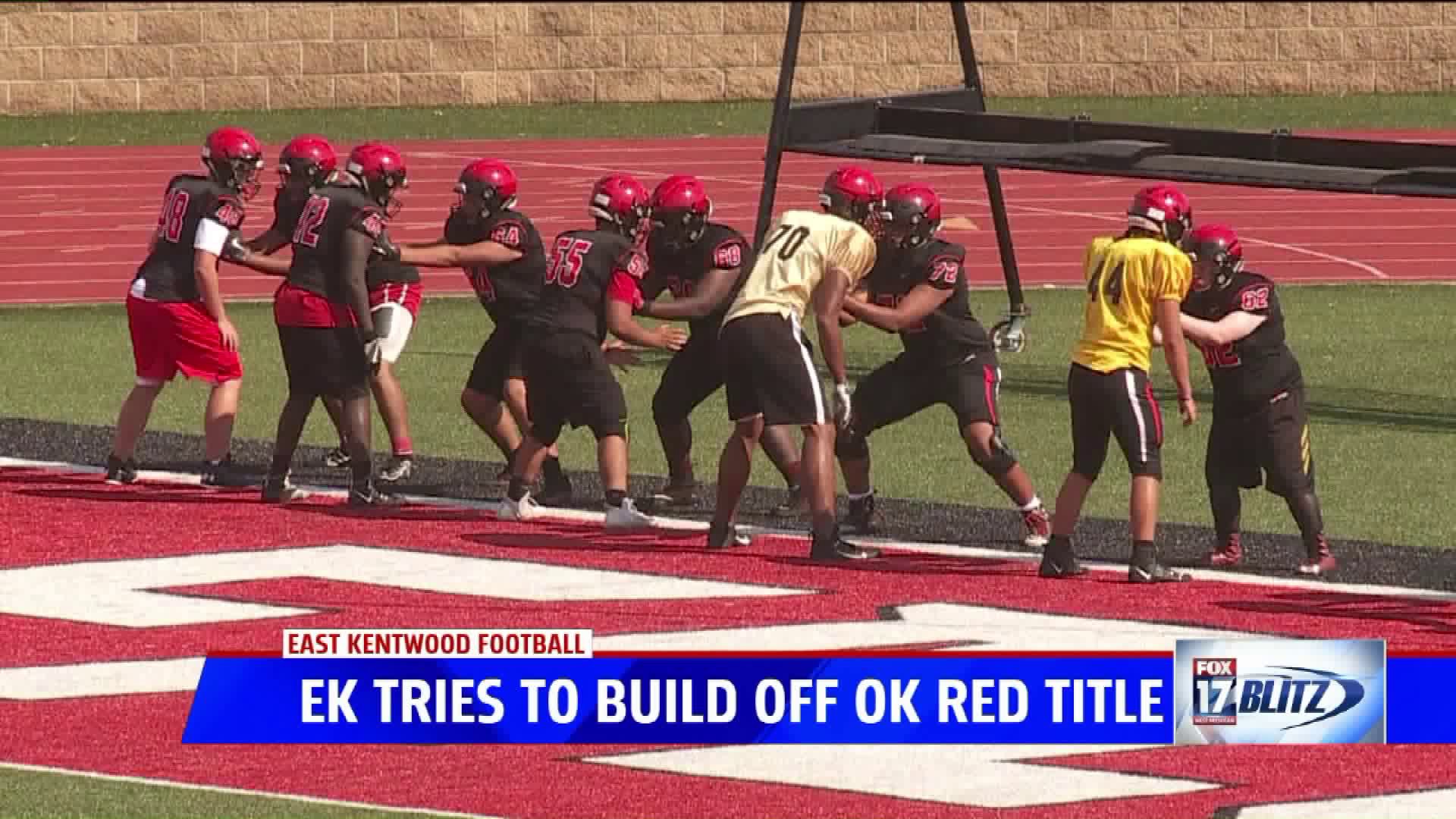 KENTWOOD, Mich. — East Kentwood did something that is a rarity in the OK Red: going undefeated in conference play in 2018 to win the championship outright.

"I think anytime you have success that way, the next year, you are fighting to maintain that title," head coach Tony Kimbrough said. "Our kids know they have a target on their backs, so it is easy to keep pushing them in that direction, knowing that we are going to get everybody's best."

The Falcons will look a lot different in 2019, however, as they look to replace Logan Brown and Stephan Bracey, who are now both at Wisconsin, as well as lineman Mazi Smith, who is signed with Michigan.

"We are going to look a lot different," Kimbrough said. "We've still got some talented guys: we have Dallas Fincher and Bryce Mostella, so we are going to ride their coattails. We got some guys that people probably won't know about. They just need to grow up real quick."

The East Kentwood to Big Ten connection is continuing this fall, as Fincher is committed to play football at Michigan State and Mostella to Penn State. In fact, Mostella made some headlines in the way he committed to the Nittany Lions, in an interesting video posted on Twitter.

"I was just scrolling through Twitter, and I'd see all these commitment videos, and they were the same thing," Mostella laughed. "Just football highlights and narration. I wanted mine to have some personality to it, to show that you don't just have to put yourself in a box being a football player, you can go beyond that."

Fincher and Mostella will each play a big role in the trenches for Kimbrough and the Falcons this season.

"I just enjoyed making relationships with the coaches and seeing how differently colleges prepare for everything," Fincher said on the recruiting process. "The biggest thing was just meeting Coach Ferentz, Coach Meyer, Coach Franklin, it's just insane to see that."

The Falcons take on Mona Shores to begin the season on Friday, Aug. 30.