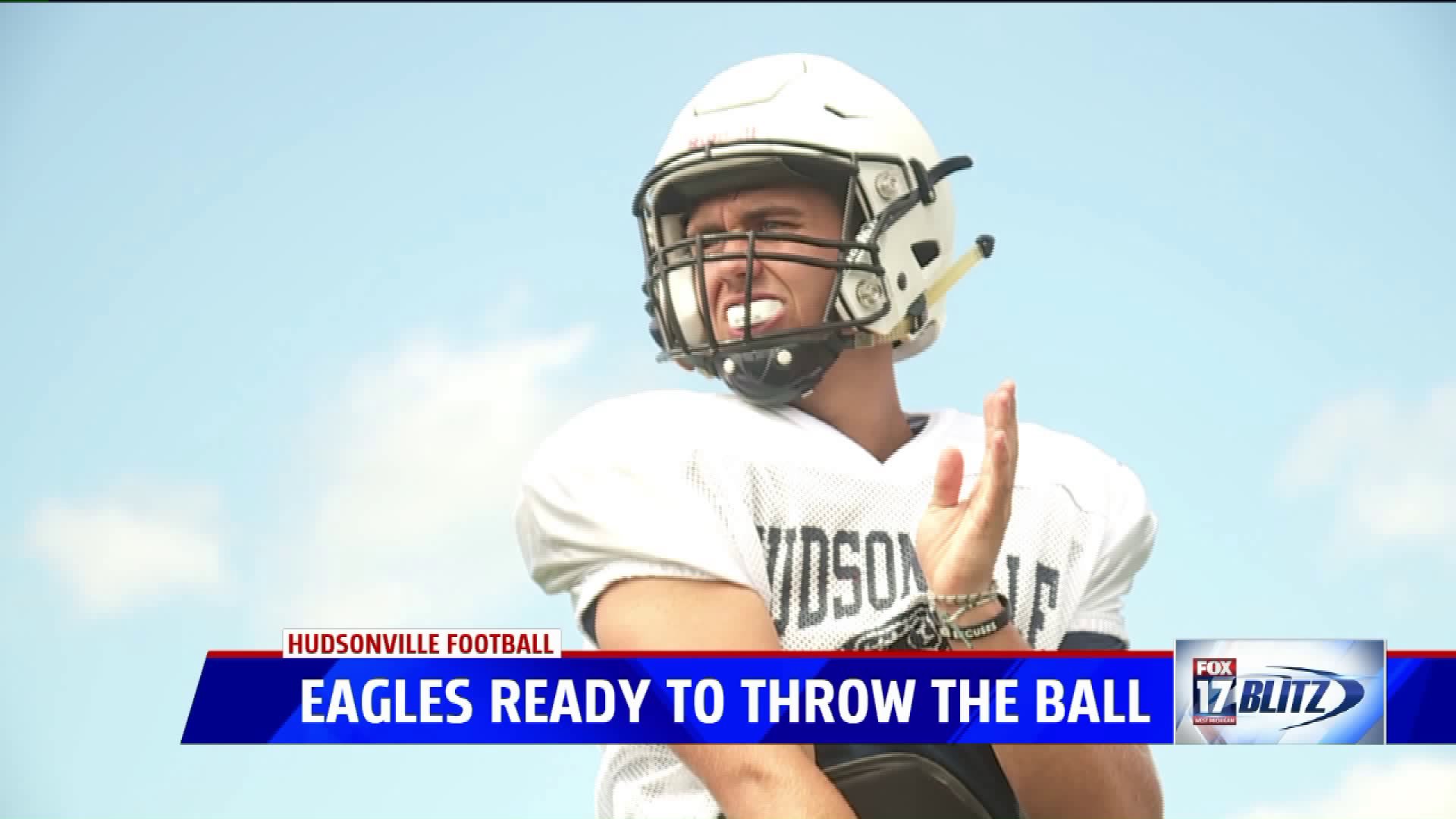 HUDSONVILLE, Mich. -- Head coach Brent Sandee is entering his second season as Hudsonville's head football coach after a 7-4 season in 2018.

This fall, the Eagles will have several returning playmakers, including junior quarterback Brennan Hayes. Hayes filled in and started last season when senior quarterback Drew Martini went down in the season opener with a shoulder injury. Now, with his returning experience and playmakers around him, the expectations are high for the Eagles offense.

"We feel like we've done a nice job in passing leagues this summer," Sandee said on the passing game. "Wfeel like we can do more of that as the season goes on."

While Sandee is excited about the ability to throw, he wants to lean on the offensive line and hopes to run the ball with success as well.

Now in his second varsity season, Hayes' confidence is up, and he's ready to make plays as the full-time quarterback. "I'm really confident right now," Hayes said. "We look really good, especially at our skilled positions. I'm really excited for this year to see what we can do."

Hayes will have weapons around him, including three-year varsity starter Brayden Vredeveld at wide receiver and Ryan Chandler, who played a big role last season at wideout.

"I have confidence in all of them," Hayes said on his receiving corps. "I think we're going to pass a lot this year, and I'm excited with the chemistry we have. I love all those guys."

Vredeveld recorded 55 tackles and three interceptions as a defensive back last season but will be a number one weapon at receiver as well. He currently holds offers from Davenport and Ferris State.

"We have Brennan returning, and he's looking sweet this year," Vredeveld said. "We have a lot of talent at receiver this year. I think it's just going to carry us."

The Eagles open the season with Grand Ledge in Week One.