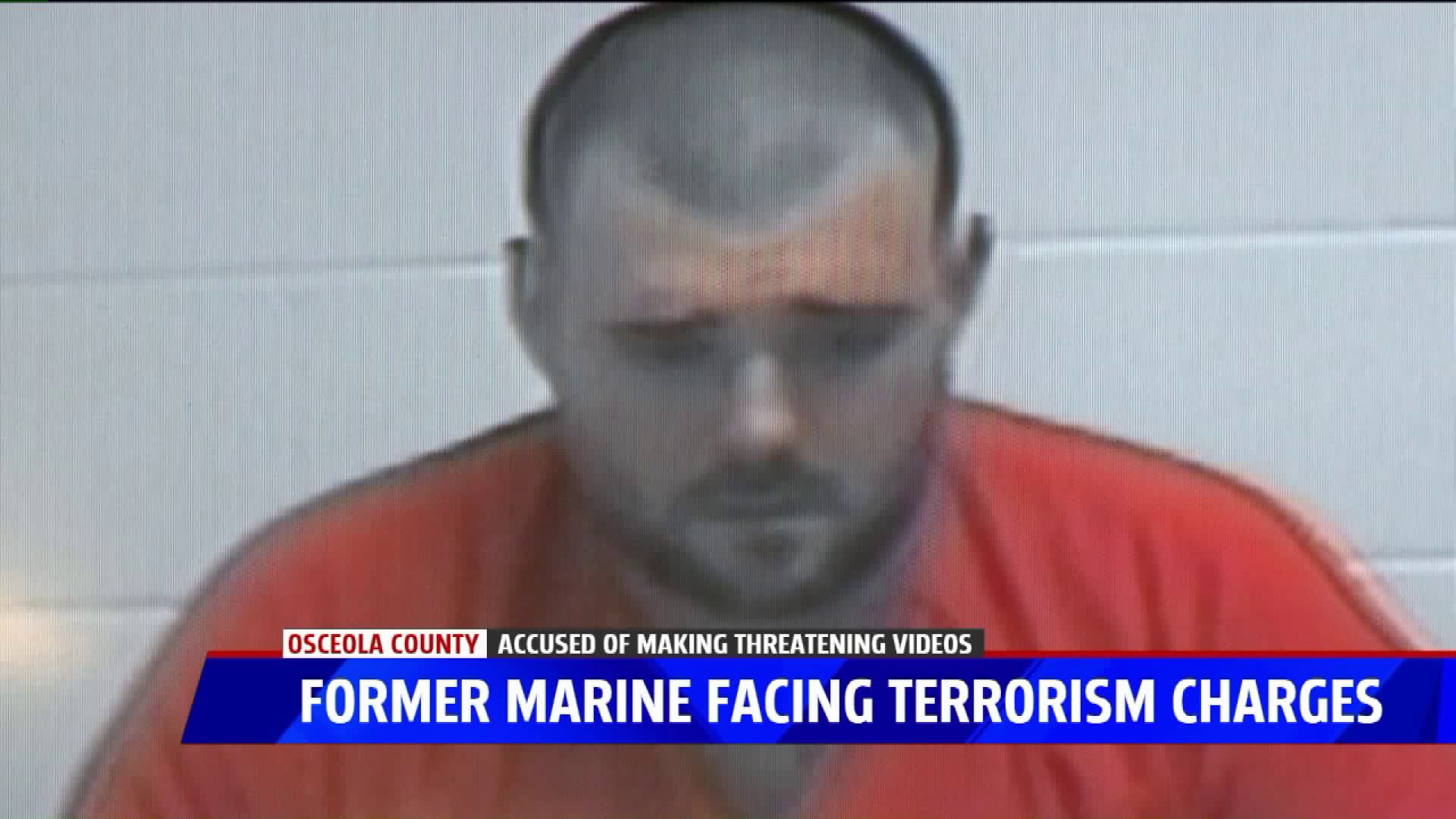 Arnold Holmes was arraigned Monday afternoon on charges of posting terroristic threats, using a computer to commit a felony and illegal use of a telecommunication device.

Authorities began investigating after becoming aware of the videos at 3 a.m. Sunday, and quickly identified Holmes as the suspect. He was found and arrested Sunday evening at his Reed City home.

Holmes is being held on a $1 million bond. Documents show Holmes has a criminal history that includes convictions for assault, weapons and malicious use of computers.

Family members said he was a Marine who served two tours in Iraq, and has struggled with his mental health since returning home in 2012.

“He’s crying out for help, he needs it and I hope maybe through this somehow he can get it,” said Kalei Risner, Holmes’ girlfriend. “Because there is a crisis in this country with mental illness and there’s a crisis for veterans not receiving help. Twenty-two veterans a day commit suicide and he’s almost one of them.”

His grandmother says society doesn't take care of veterans like it should.

Authorities say there was never a physical threat to the people and organizations listed in the videos because of how quickly he was taken into custody.

Arnold Holmes is due back in court later this month. He faces up to 20 years in prison.