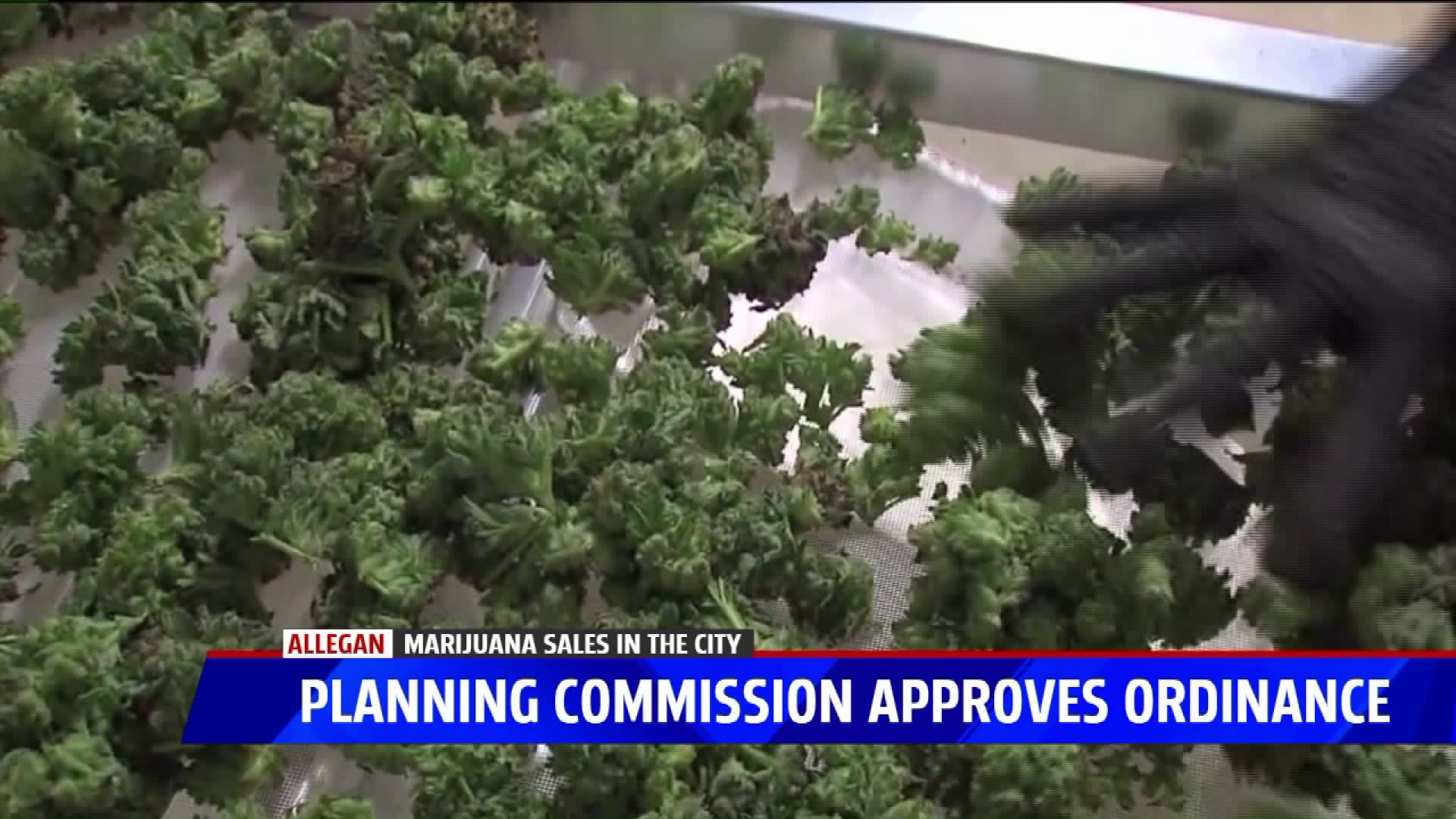 ALLEGAN, Mich. — Monday night the Allegan County Planning Commission voted to recommend the Allegan City Council approve an ordinance within the city that regulates the sale of both recreational and medical marijuana within city limits.

The decision was good news for lifelong Allegan resident and caregiver Joshua Reed.

“Having a regulated business is great, because it’s just that, it’s regulated,” Reed said.

Reed says he would like to open up a consumption facility for his patients and others in Allegan.

Not everyone at Monday night's meeting was excited about the ordinance, including retired school teacher Joanie Townsend.

“This is my town. I don’t like what’s going on with it,” Townsend said.

Townsend is OK with medical marijuana and its usage, but feels as though marijuana sales aren't the right fit for Allegan.

Particularly, because the ordinance as recommended allows for sales within 500 feet of the school. The planning commission explained that, saying that because Allegan is such a small town, there wouldn't be many viable options for stores to open if the buffer was increased.

Allegan's city council will also decide how to regulate pop-up marijuana events, which could be regulated similarly to how temporary liquor licenses area. County commissioners left that up to city council.

Nothing is set in stone until city council approves it. The next meeting is slated for Aug. 26.