143-year-old house being brought back to life in Ionia 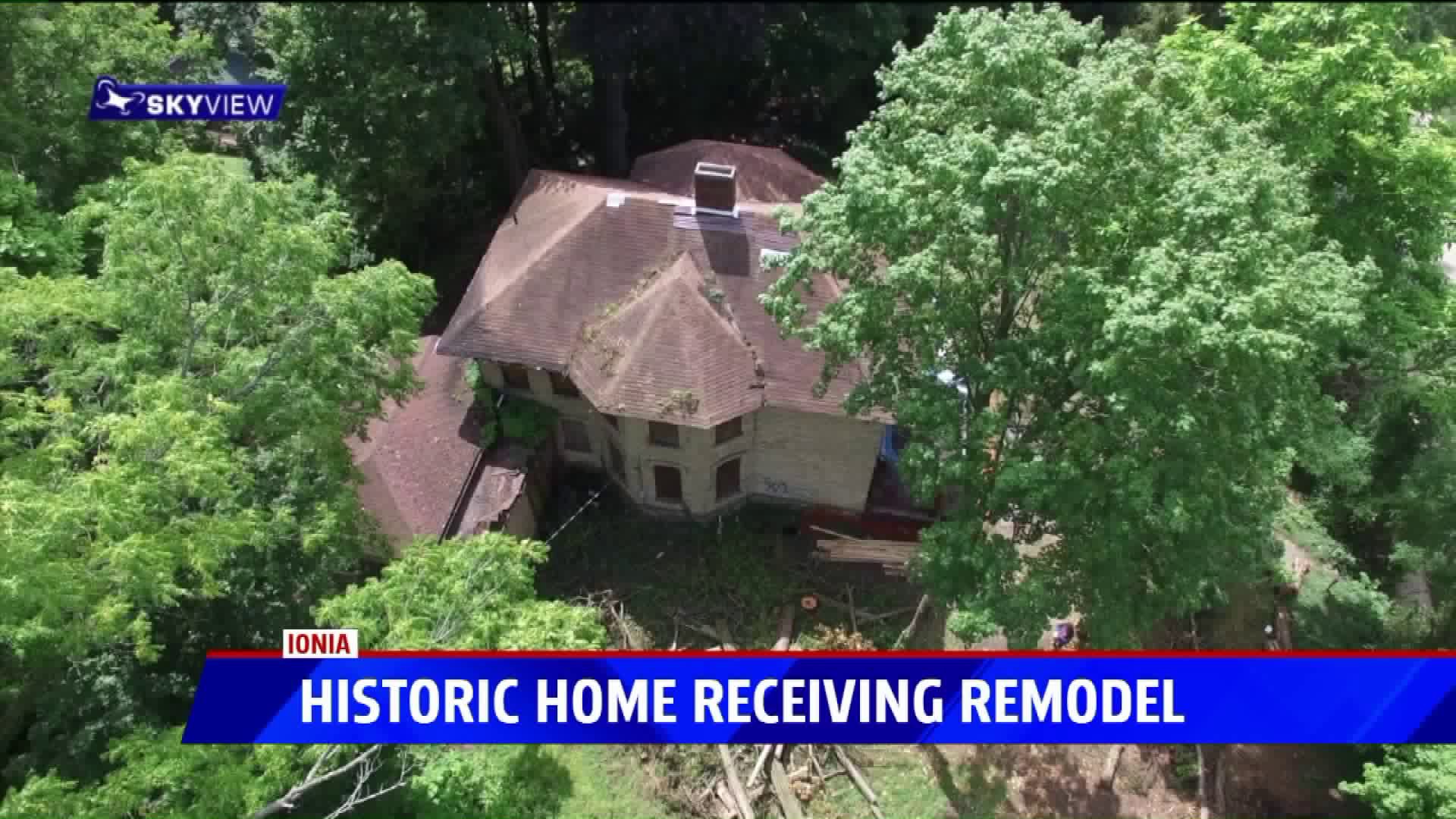 IONIA, Mich. — A home that has seen multiple generations pass through it's walls and has since fallen into disrepair is seeing new life.

The Rich St. home from above

Todd White purchased the property on Rich Street in Ionia earlier this year. On it sits a beautifully intricate home constructed in 1877.

White says the property has seen multiple fires throughout the years. Despite this, the foundation of the home remains strong.

White believes the home was occupied until about 2010. Since then, the home has taken up different identities.

The homes is known to have been a popular spot for students playing hooky from school. When White bought the house, he found a turkey vulture living in a bathroom. The vulture has since been evicted from the premises.

The vulture eggs Todd found in one of the bathrooms

Once the remodel is complete, White does not plan to sell the house. He plans to move into it with his three daughters.

"As they get older, then I'll probably downsize but the plan is to move in and live here," he said.

White is sharing this build process with the world via a Facebook page. 'This Old House Ionia has become a place for people in the area to share personal stories about the home.

“I’ve got a lot of people on there telling me 'oh, so and so used to live here, she was my best friend,'" he said.

He says people constantly stop by the property to chat when he's out there working on it.

One of the more fascinating corners of the house is found in the basement, where a shooting range is crammed into the space.

"One of the previous residents, her grandpa was an avid shooter, a competitive shooter, and him and Ernest Hemingway would come down here and they’d sit on the stairs … then they would shoot their pistols in the basement," White said.

It's hard to tell which facts are 100% true, but White just seems to enjoy sharing the stories with those who appreciate an old house with a mysterious past.