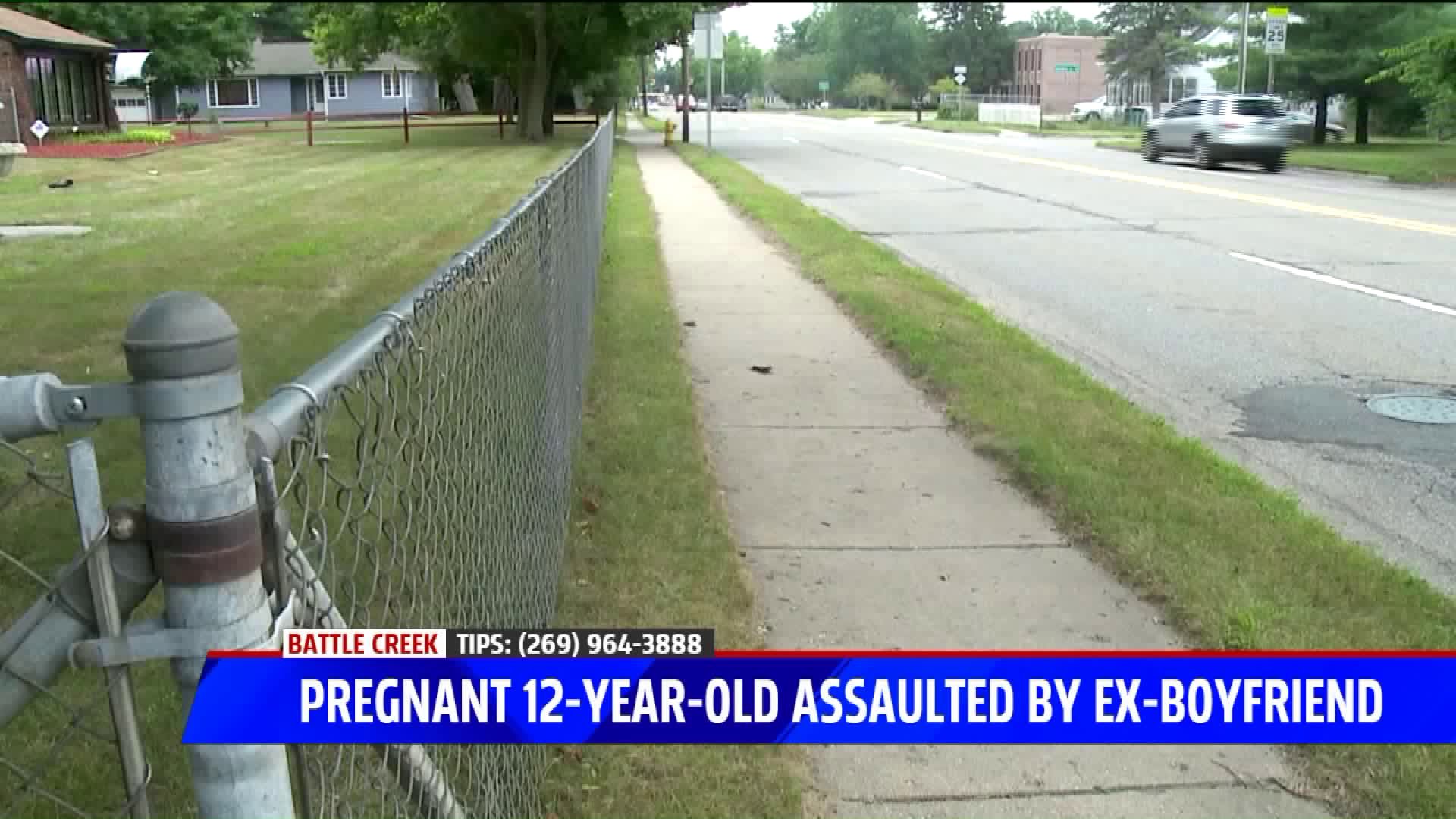 BCPD said she told them that he was the father.

"The victim was walking along the sidewalk with her brother and his girlfriend," said Detective Sgt. Todd Elliott during a press conference at headquarters. "The suspect approached them, came up to her and shoved her into the fence causing some injuries on her side."

They had a "verbal altercation" before he left, police said. The suspect allegedly said to her that he was "going to make her lose this baby."

"The family is aware of it," Elliott  said about the incident. "Child Protective Services is aware of it. We are. Everybody’s on board with this investigation."

He said the investigation actually began back in June when a hospital officer saw them together. What happened at the hospital is now apart of the criminal sexual conduct investigation.

The suspect is now looking at a criminal sexual conduct charge and an assault charge.

Police are asking parents to have conversations with their children about inappropriate relationships with adults to prevent this from happening to their family.

"It really starts at home with the parents,"Elliott said. "They have to be able to talk to their kids and talk to them about right and wrong behavior, essentially the good and bad touch."