Leto adjusting to the quarterback position at Portage Central 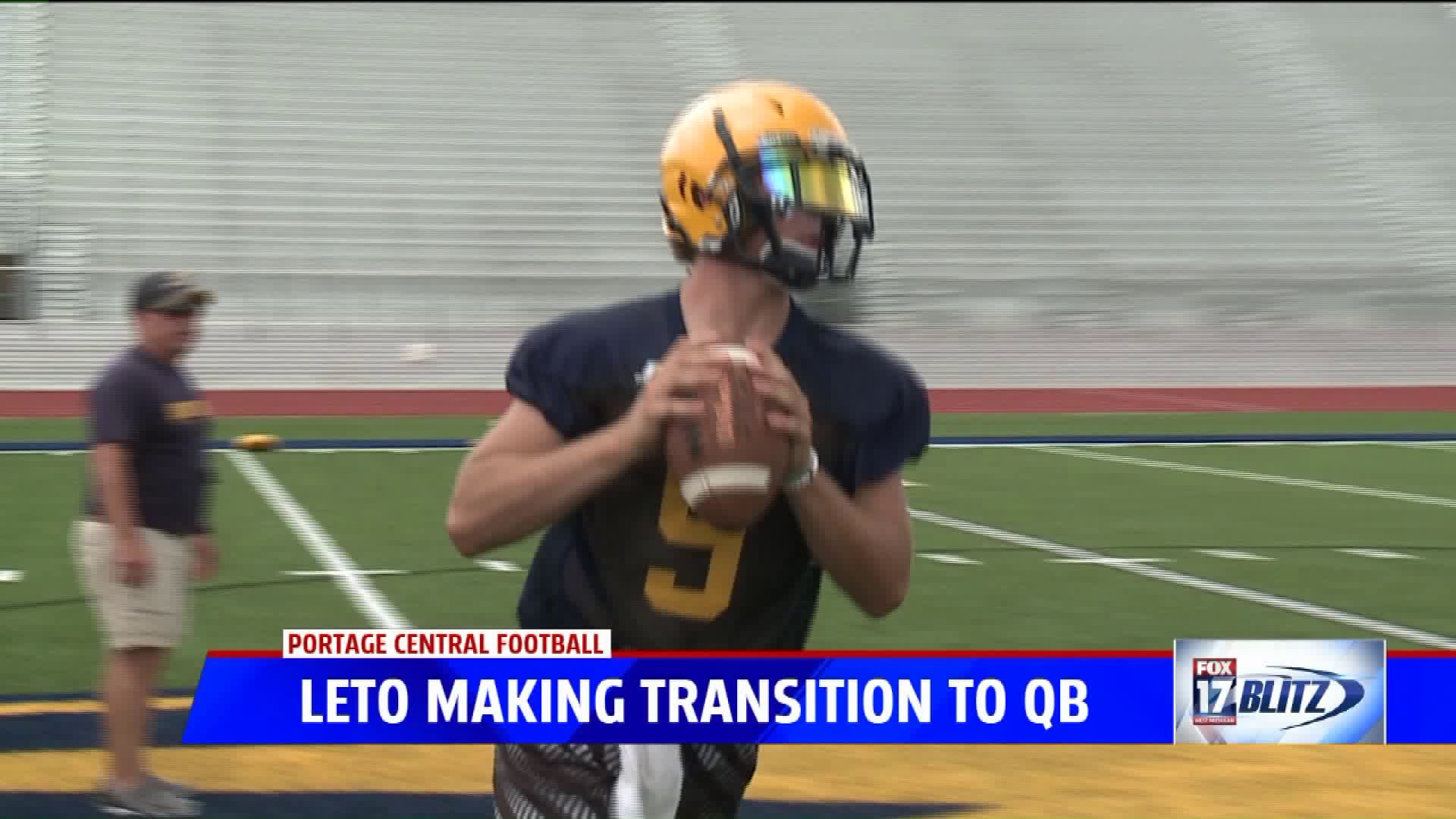 PORTAGE, Mich. -- Portage Central football is coming off of back-to-back 7-3 seasons. The Mustangs fell to Portage Northern in the opening round of the playoffs last fall. This fall, the Mustangs are hoping to replace a group of seniors, including quarterback Carter Highhouse. However, junior Luke Leto is looking to adjust to the position after playing wide receiver as a sophomore last season.

"He's a great athlete," head coach Mick Enders said, "there aren't many things he can't do, I'm hoping for more leadership, him getting a little bit more vocal but he's a real pleasure to coach."

Leto is committed to play baseball at LSU and is adjusting to becoming the leader the Mustangs need at the quarterback spot.

A lot of the talk in Portage is about Northern after the Huskies' 9-2 run and district championship last fall but Leto says that's fine with him.

"Right now, people are talking about us being the underdog," he added, "nobody has a lot of confidence in us, so we're going to use that and hopefully end up with a good season."

Portage Central opens the season with Gull Lake in week one.