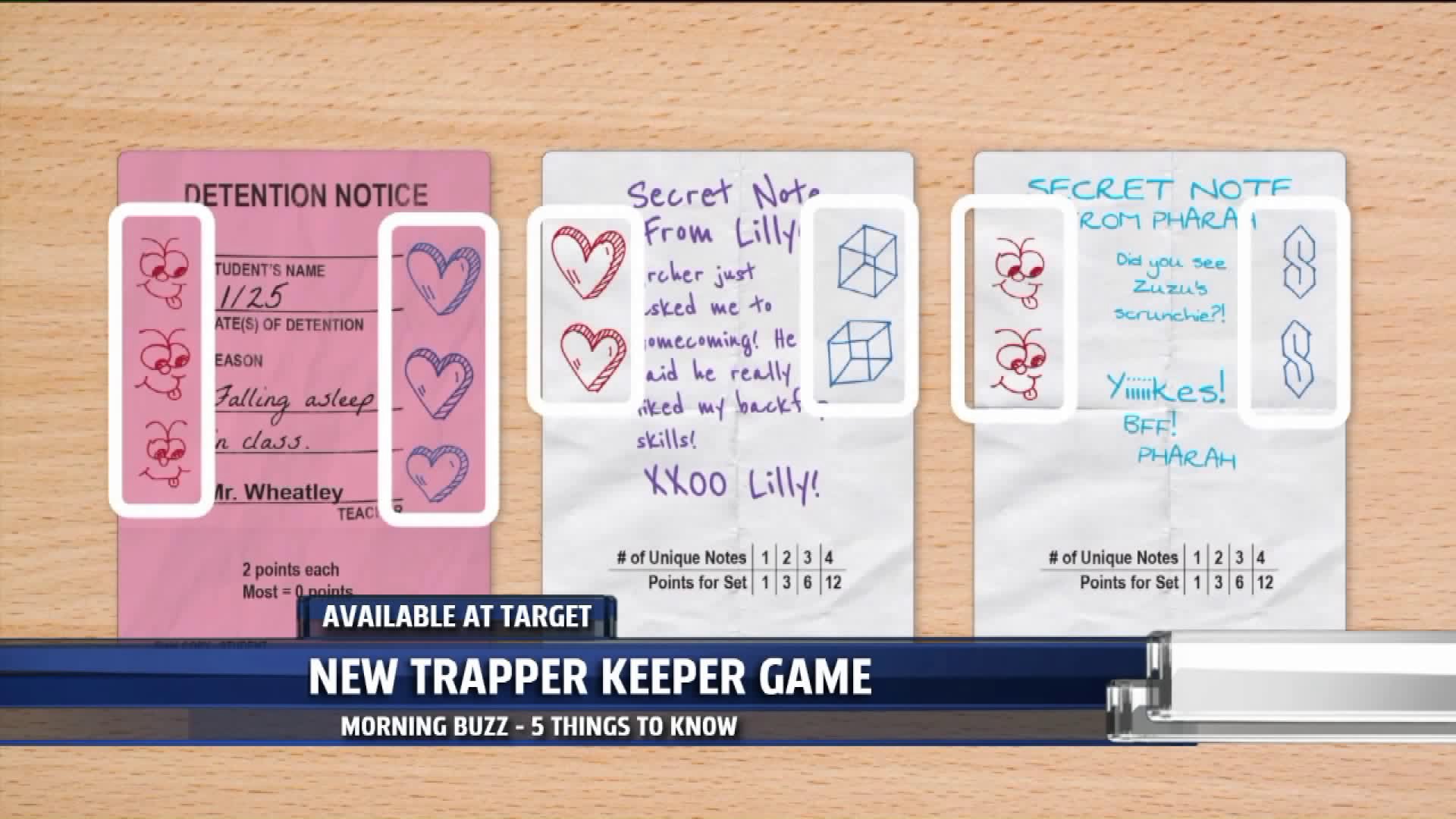 1. It might seem a little early to be thinking about Christmas music, but a popular orchestra has announced its return to West Michigan this winter.

Trans Siberian Orchestra will be back at Van Andel Arena for two shows on December 1: one show at 3 p.m. and one at 7:30 p.m.

They will be performing their classic show, "Christmas Eve and Other Stories," with all-new staging and effects.

2. Woodland Mall is hosting a grand opening for the new playground by JC Penney on Saturday.

This comes after the mall retired the classic Bacon and Eggs earlier this year. The new play place is a forest theme, with rocks and vines to climb, and tunnels to crawl through.

There's also an E-Z Access Climbers for children with disabilities, which will help adults take those kids up into the new playground.

The grand opening will take place at 10 a.m. with music, giveaways, and games.

3. Crayola has a new recycling program allowing parents, teachers, and artists of all ages to get rid of markers that no longer "mark."

The company allows students to collect and repurpose used markers in schools across the country.

Here's how the Crayola Colorcycle works: sign up your school and set up a collection drive to send off when you get enough.

Crayola will, in turn, be turned a wax compound for asphalt and roofing shingles.

4. It's the time of year where parents are taking kids back-to-school shopping.

Kids in the '80s and '90s had a ton of supplies kids won't find today like Lisa Frank pencil cases, scented markers, and the trapper keeper. But there's a brand new card game that's keeping the memory of the Trapper Keeper alive for all of those kids at heart.

The Trapper Keeper game challenges players to "school" the competition by collecting cards with the most points and stashing them in their Trapper Keeper folders.

The players tally up doodles and points to determine the winner. The game is available exclusively at Target stores for around $16.99.

5. With just a few weeks of summer left, more and more mothers are taking time for themselves. Meaning, they're taking a vacation without their children or spouse.

A recent study reveals moms work an average of 98 hours per week, which is the equivalent of having two full-time jobs and working overtime.