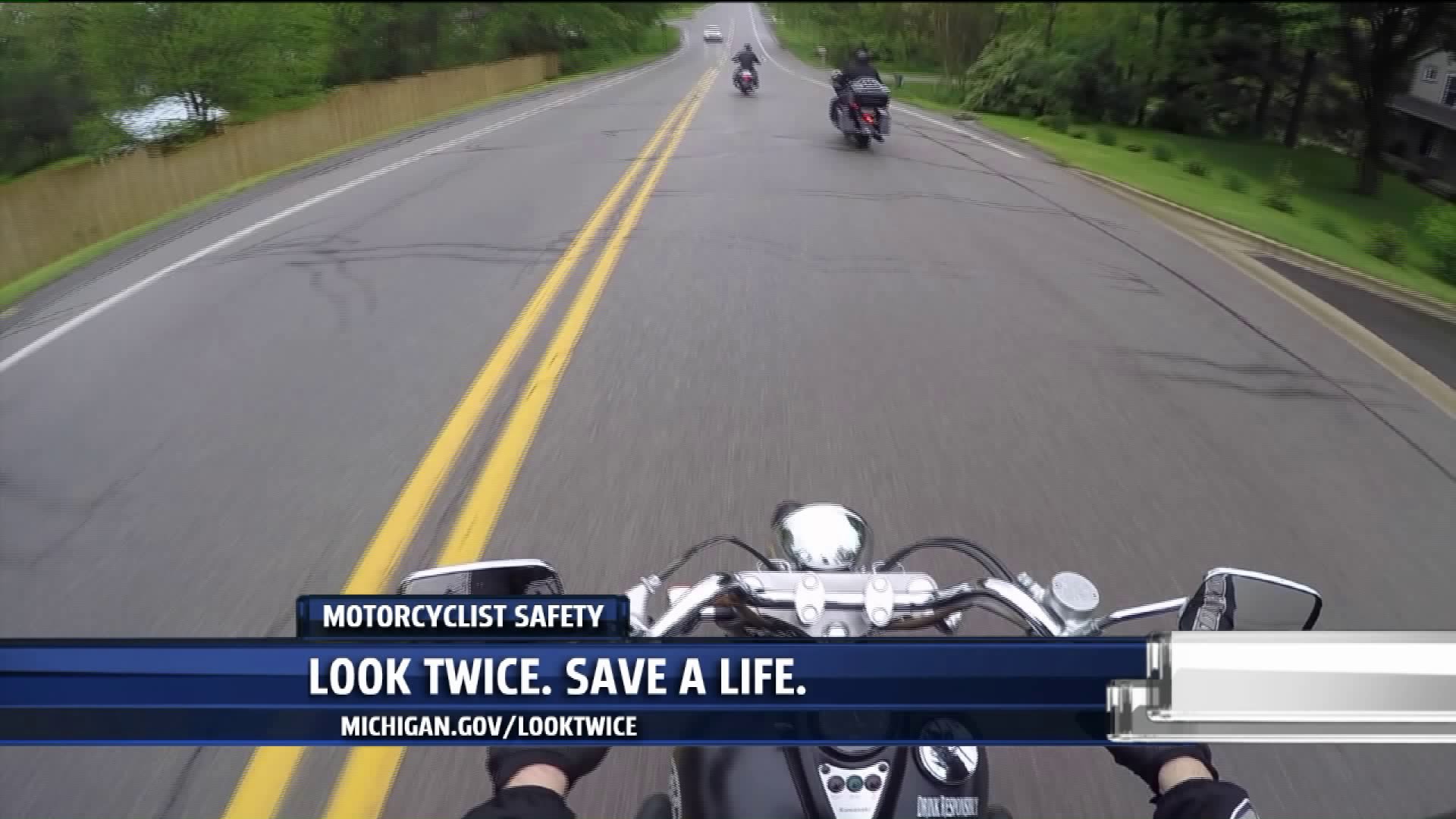 Motorcyclists are hard to see, so the state of Michigan is asking motorists to Look Twice. Save A Life. to keep motorcyclists safe on the road.

The new campaign was launched by the Michigan Secretary of State office, with the goal to inform motorists on how to prevent crashes with motorcyclists, including where and when they should be most alert in the state of Michigan.

Chad Teachout with the Michigan Secretary of State’s office, along with Michigan State Police Lt. David Cope, shared information from the campaign on how drivers can keep the roads safe for motorcyclists all year long.

This is a first-of-its-kind campaign in the state of Michigan which is promoting motorcyclist awareness, safety and education to motorists. Typically, communications are directed toward motorcyclists themselves.

For more information on the campaign, visit michigan.gov/looktwice.