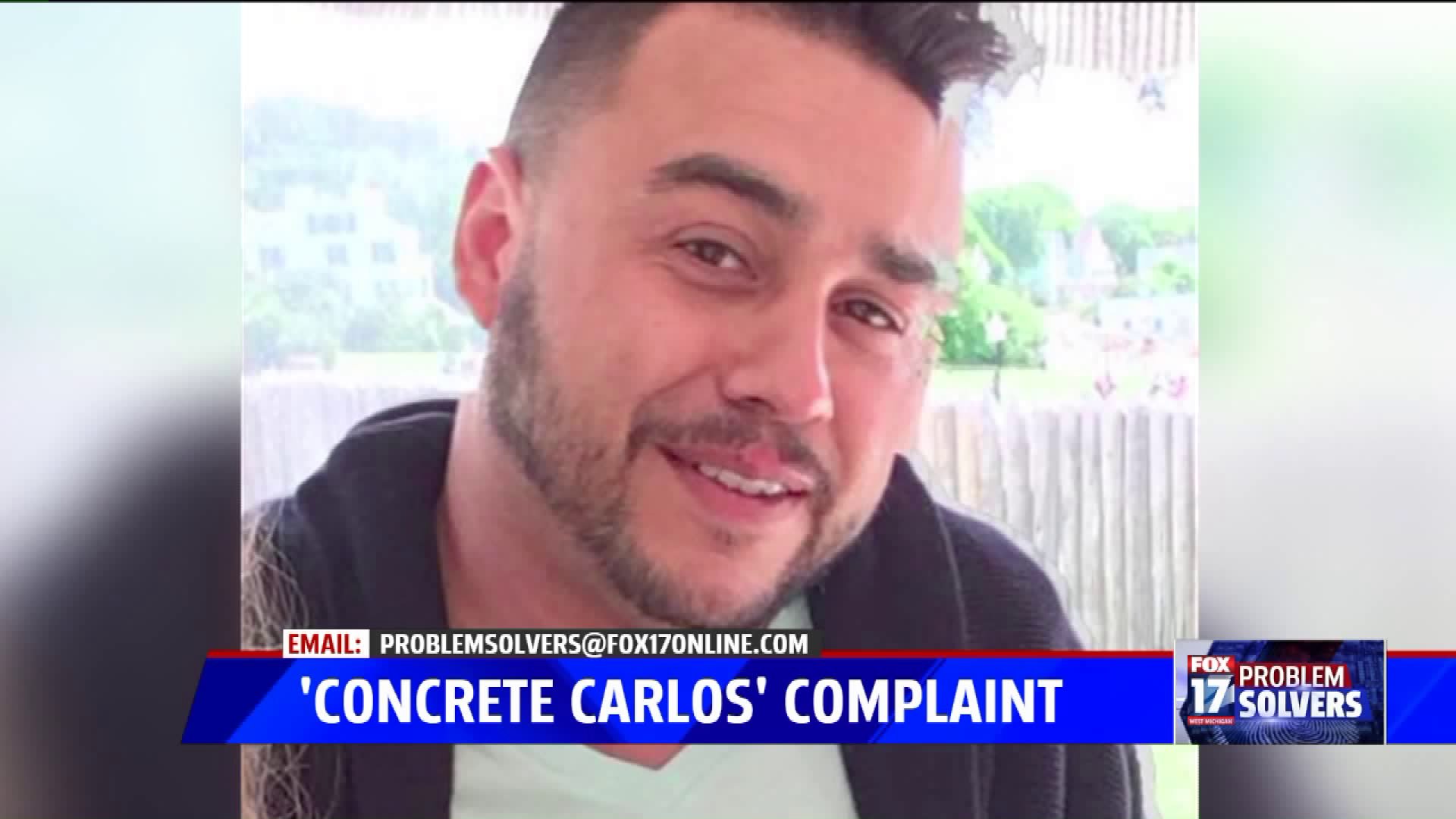 OTSEGO TOWNSHIP, Mich. — Barbara Johnson said she's been patient. However, that patience is wearing thin more than three months after she paid to get her driveway redone.

"He was supposed to do the driveway and then the sidewalk leading up to the steps," she said.

Johnson's driveway and sidewalk remain untouched. The veteran from Otsego Township said she hired Carlos Mendez, owner of Concrete Carlos, on May 4. She paid him half up front.

It's money she said she came up with by refinancing her home, but all she has to show for that payment are two-by-fours piled outside her home. The wood would have been used to shape the driveway.

Tired of Mendez ignoring her calls and texts for months, she reached out to the FOX 17 Problem Solvers.

"I've seen your segment, and I've seen what you can do and I was hoping that maybe you could help me come to closure with this and hopefully help me get my money back," Johnson said.

Five days later, a FOX 17 crew knocked at the addresses listed on his county business registration. We left a note on the door.

Mendez called FOX 17 back that afternoon. He said Johnson is 100% correct and that he does owe her the money. He said he got behind, promises to pay her half the amount within a week, and the remainder at a later date.

Johnson's message to Carlos: "If you just do the right thing and bring me my money back, we'll be good."

She did most of the right things in this business transaction. Mendez came by reference, Johnson didn't pay in full, and she even has her receipt. Sometimes there's just no predicting the outcome.

We will keep you updated on whether Mendez makes good on his promise to pay her back.