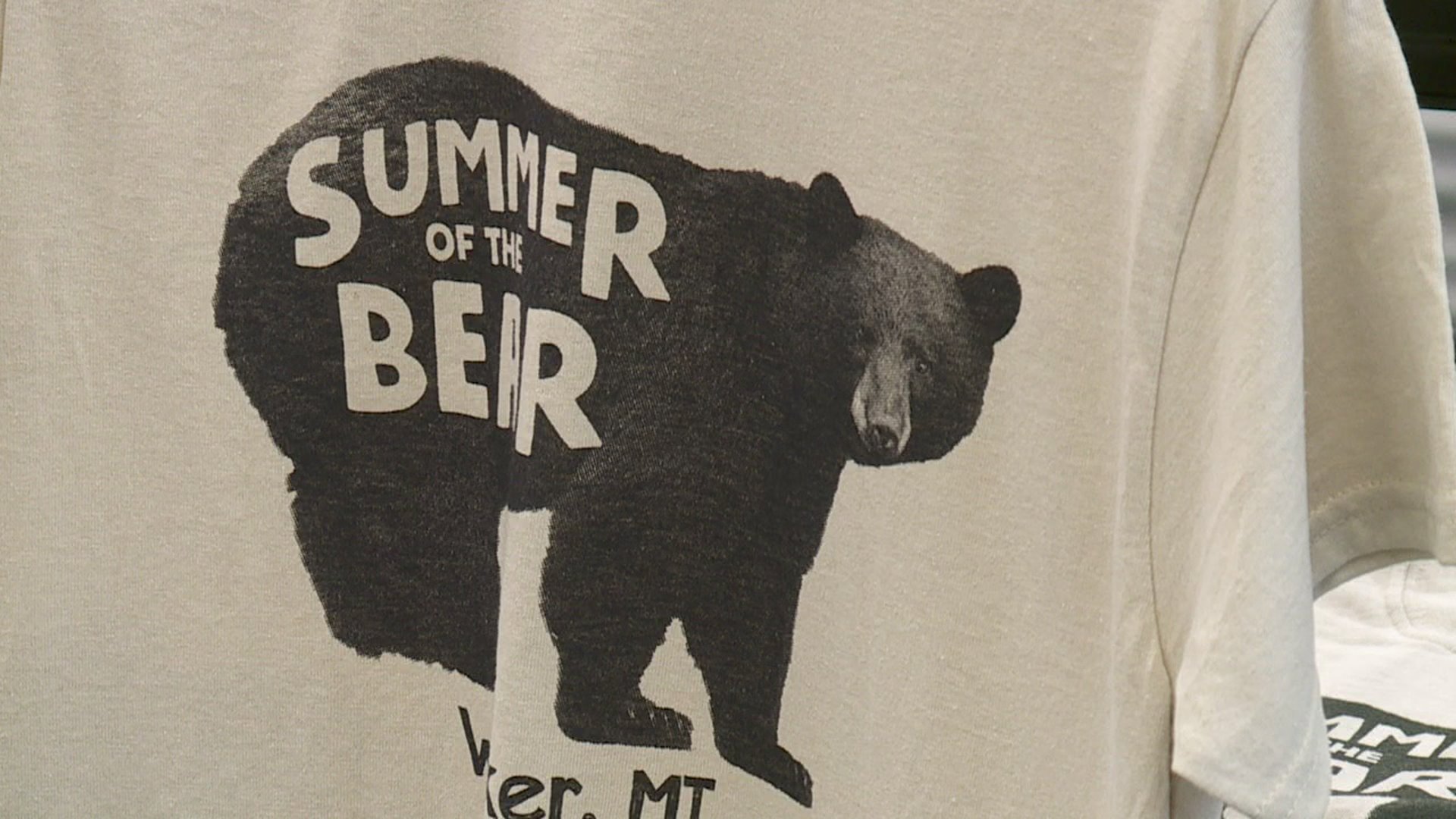 WALKER, Mich. — A lot of notable things have happened this year but in Walker, 2019 is going to be known as the "summer of the bear."

Yogi, the official nickname for the Walker bear, has been spotted numerous times around town.

"Its some exciting news with everything going on in the world we’re having a little fun with it right now," Mayor Gary Carey said.

Carey says the bear has been a good visitor thus far, so long as others remember to stay away from it.

"Its fun to track where the bear is at and we’re going to let it be and not get any selfies with it or anything but right now we’re enjoying the summer with it," Carey said.

And now Yogi has his own merchandise. For a limited time, you can pick up your very own "Summer of the Bear" shirt at Sobie Meats.

Shirts are $10, and all the proceeds go to support the Thin Blue Line .