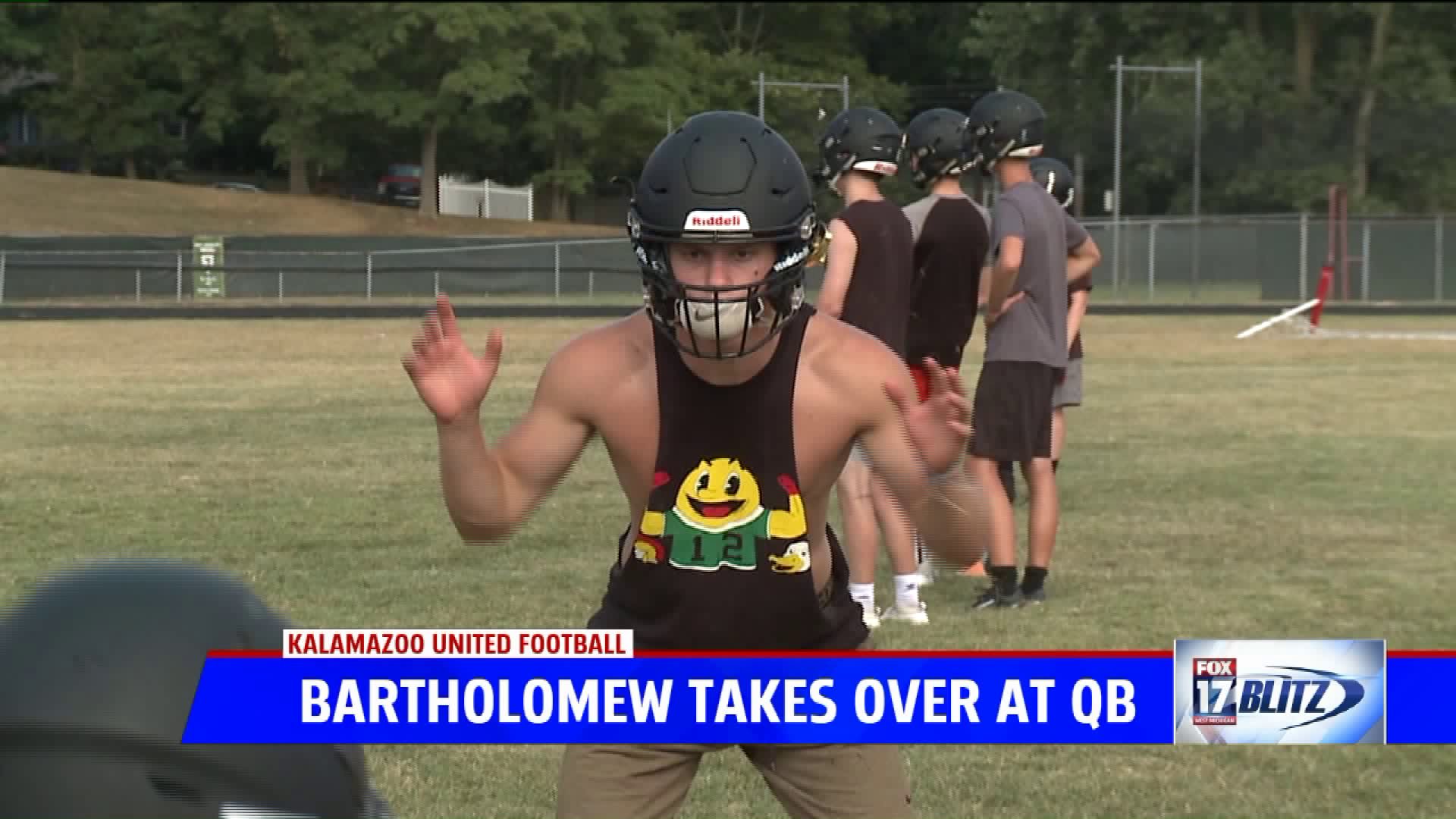 KALAMAZOO, Mich. -- Kalamazoo United is coming off of an 11-1 season and a district championship behind quarterback Eric Wenzel, who set the state record for touchdown passes with 56. Now, his former wide receiver Christian Bartholomew is taking over his old position.

"He's been a slot receiver for Eric the last two years," first-year head coach David Arramath said, "so we're putting him in the new role of quarterback, he's stepping up and is in the zone right now. He's confident in what he's doing and we like what we see with his feet, throwing it down the field a little bit but also being mobile and throwing on the run."

Bartholomew admits it has been interesting learning a new position but with Wenzel right down the road attending Western Michigan, it's made the adjustment a bit easier.

"It's been a little bit different," he said, "from catching the ball to throwing it but it hasn't been too bad, I have been working with Eric this summer he's been helping me out so it's nothing too bad, he was amazing that's the thing but I'm not trying to be just like him I'm just trying to be who I am."

Kalamazoo United opens the season with Jackson Lumen Christi in week one.