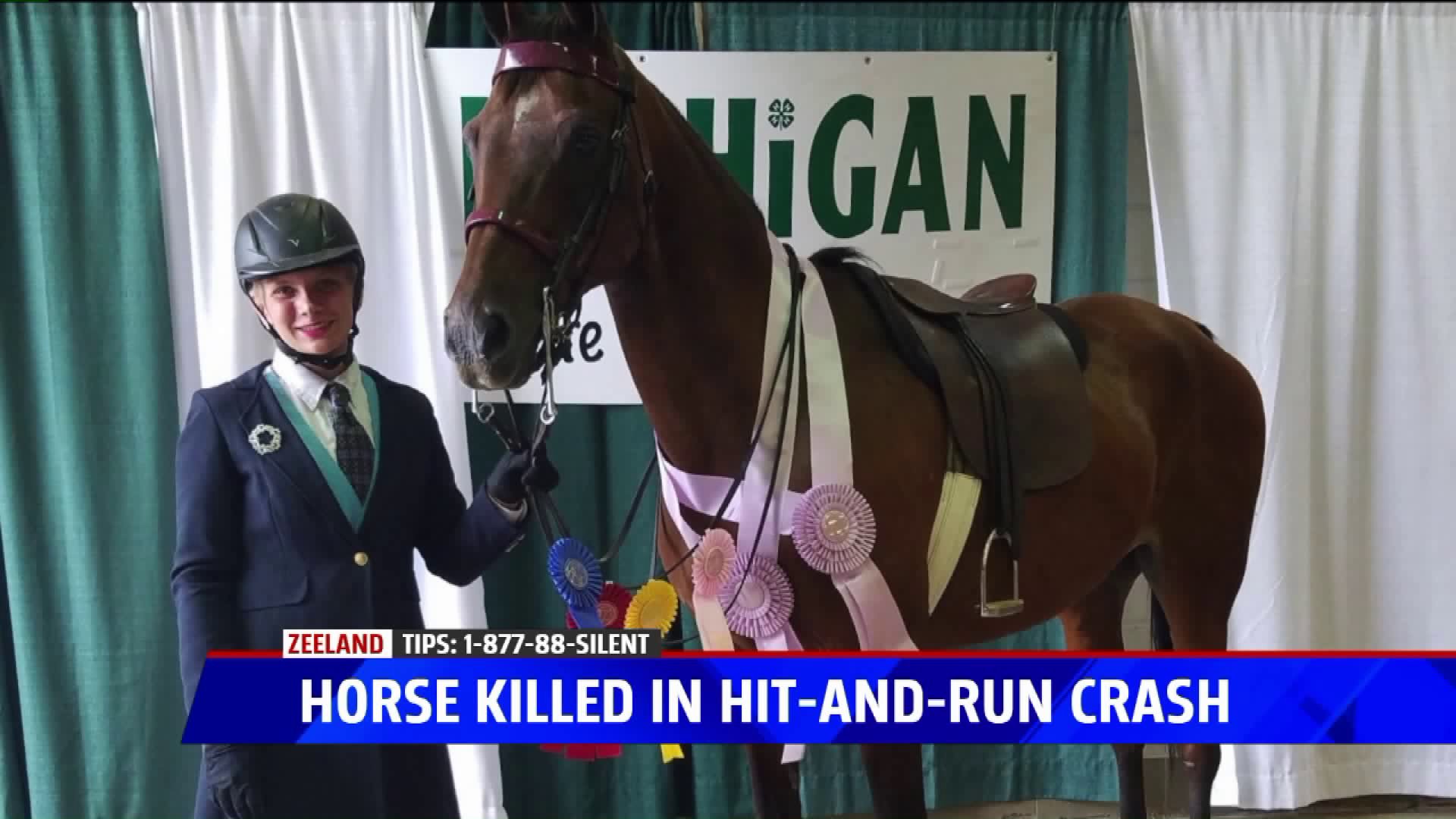 ZEELAND, Mich. — A beloved show horse owned by a woman in West Michigan died this weekend when it was struck by a hit-and-run driver.

Remington, a 21-year-old Arabian quarter horse, was found on 104th Avenue Sunday morning in front of his owner's house.

Cassy Hassevoort has been riding with Remington for the past seven years. She has become extremely close with the horse in that time, saying, “it's just hard losing your best friend.”

Hassevoort says Remington had a funny personality. The pair has won a long list of honors for the competition work over the years.

They had just come back from Michigan State University the night before he was killed. Hassevort was participating in the 4-H State Horse Show.

Cassy's dad, Kent Hassevoort, has been trying to figure out how the horse got out of his pen.

“There's nowhere he went through the fence or under ... only thing we can come up with is something spooked him and he jumped over the fence," he said.

Kent Hassevoort says the family was awoken at 4:30 a.m. Sunday by a newspaper delivery woman.

"The paper lady was knocking on my door saying 'looks like we have a dead animal in the road.'”

Sadly, they discovered it was Remington that had been killed. The driver responsible left the scene before telling anybody what had happened.

Now the family is hoping to find out who that driver is and get an apology.

Kent said, "For not stopping, I say 'they’re a coward. You know what, you made a mistake, everyone makes mistakes. You've got to own up to it.'"

His daughter adding, “It would just be nice knowing who did it .. just having that closure.”