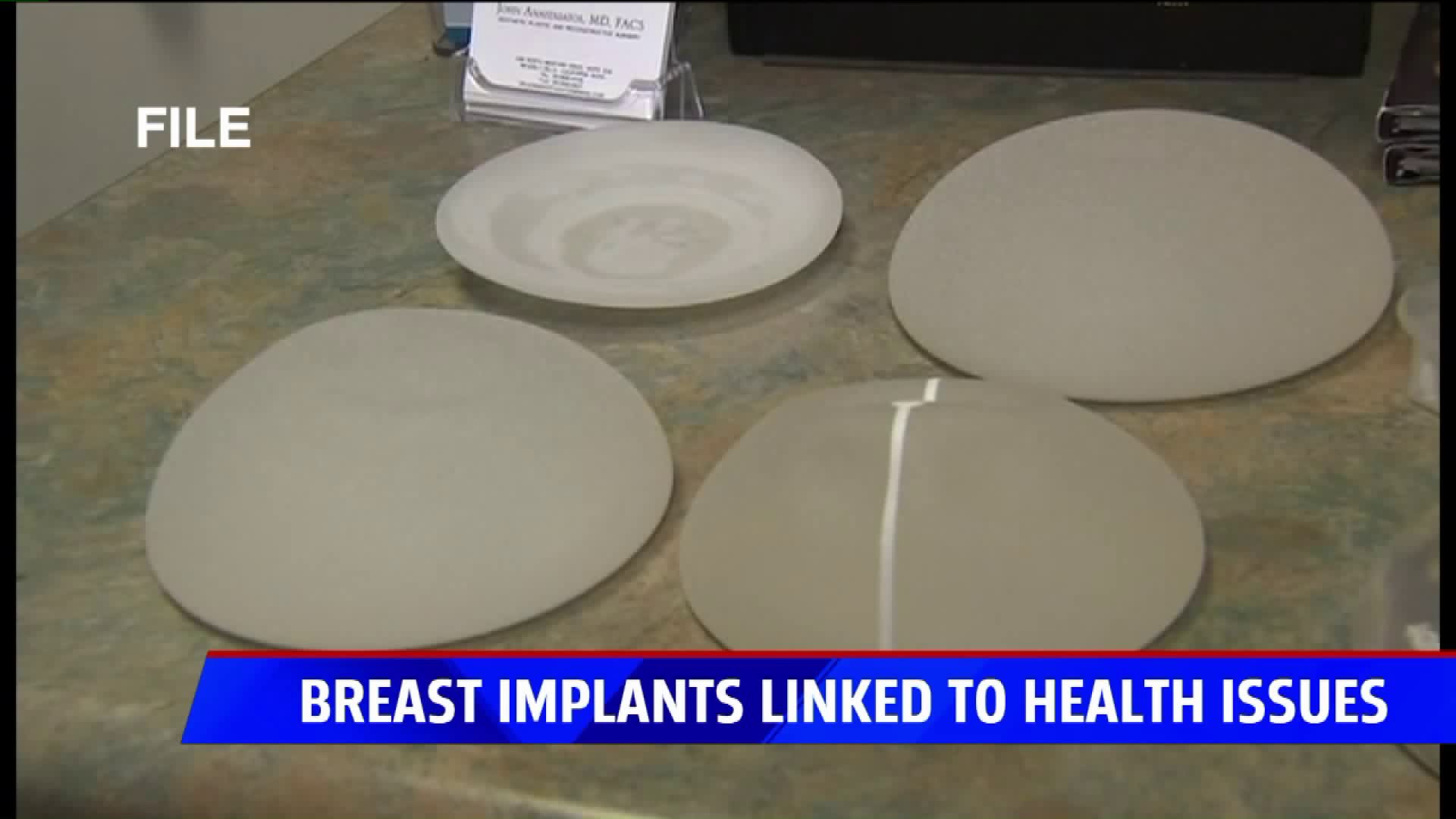 NORTON SHORES, Mich. — After a recall of silicone textured breast implants, thousands of women have come forward about suffering health issues they believe are related to these implants, including a woman in Norton Shores.

The phrase "Breast Implant Illness" (BII) is used by women who identify symptoms with their breast implants. Those symptoms may include fatigue, depression, chronic pain, headaches and dozens of other complications.

Leanne Crowell believes she has been suffering from BII for years.

“I wanted to feel feminine and appealing," Crowell said.

The study Crowell participated in was part of reintroducing them to the market. She says her doctor made her feel confident it wouldn't put her at risk.

“Because I trusted him and his judgement," Crowell said. "I felt confident going forward, so I didn’t question it or research it or think much of it.”

It wasn't long before her health started to decline. Crowell gained weight, experienced extreme exhaustion, confusion, foot pain, and depression. She was diagnosed with a series of complications, including plantar fasciitis. Through an array of treatments and medications, Crowell still felt ill but didn't think it was related to her breast implants.

“I didn’t think about the seriousness of all of that," Crowell. "I just wanted to look good and feel good like so many women. I mean it’s pretty normal.”

By 2016, Crowell was diagnosed with Hashimoto's disease, an autoimmune disease that damages the thyroid gland. When she went in for her yearly mammogram, her doctor discovered calcium build-ups around her silicone implants, which were misshapen and ruptured.

“I didn’t know they were recalls because they didn’t get recalled until after they were removed in 2016," Crowell said.

Crowell is referencing an FDA recall on July 24 which called for the voluntary removal of a specific type of Allergan textured implant. The implants Crowell got in 2000 were included in the recall.

“These devices have been linked with ALCL," Dr. Ewa Timek with Advanced Plastic Surgery said. "Which is anaplastic large cell lymphoma, as the agent that can cause this problem six times more often than implants of other implant manufacturers.”

Crowell immediately got new implants but the result was not what she wanted. About a month ago, she planned to get another surgery on her breasts but then opted out when she started researching her symptoms. She soon realized she's among thousands of women who identify as having BII.

BII is not widely accepted by doctors as a legitimate diagnosis, so it's difficult to pinpoint the cause of its symptoms and differentiating them from complications from recalled implants.

In Crowell's case, she believes her implants are the cause of her autoimmune disease.

Timek said the evidence of implants causing these types of diseases is inconclusive.

Timek exclusively uses smooth implants, instead of textured implants. Even before the recall, Timek was skeptical of the textured implants and feels confident in the safety of her procedures. In the thousands of patients she's had over the past two decades, she says only three women have felt ill. Within months of getting their implants removed, Timek said they felt much better.

That's what Crowell said is next for her.

“I’m afraid of these implants now and I think I want to just have them taken out," Crowell said.

She continues to feel sick and is afraid of a diagnosis that could shorten her life.

“At that point, I don’t think I’m gonna care if I have great breasts or not," Crowell said. “Women are really put through a lot to look good.”