Plans unveiled for changes to I-94 and Portage Rd. interchange 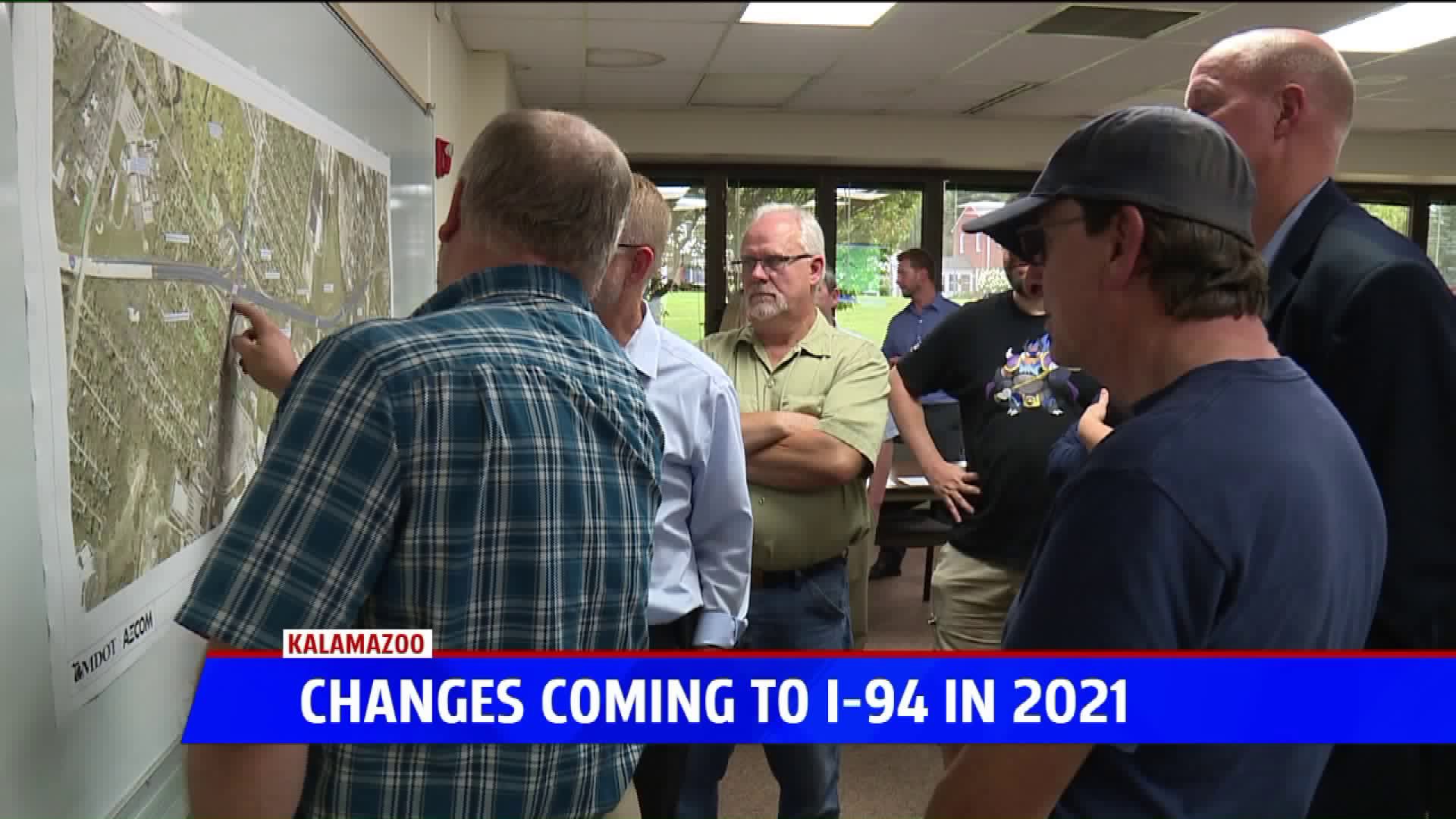 KALAMAZOO, Mich. — The Michigan Department of Transportation is working on a new plan that will widen a portion of I-94 near Kalamazoo and create a new interchange at Portage Road.

The project is scheduled to begin during spring 2021. It is expected to be completed by fall 2022.

The roughly $85 million project will tear down the current Kilgore Bridge and create a single point interchange at I-94 and Portage Road, meaning there will be one light to control all eastbound and westbound traffic turning left onto Portage Road from the interstate. A similar interchange was built several years ago at I-94 and Westnedge Avenue.

"It's a little tighter footprint," said Nick Schirripa, MDOT spokesperson. "It certainly allows smoother access on and off the freeway. It doesn't have all the confusing double ramps and all that sort of stuff. It's a little easier to navigate."

The project will also widen I-94 to three lanes eastbound and westbound stretching from Lover's Lane to Sprinkle Road.

"All those on and off movements are more condensed," said Schirripa. "They are more isolated from the traffic that is passing through."

Residents had a chance to see the plans for themselves at an open house held by MDOT in Kalamazoo. While some called the plan "lovely;" others are concerned about the negative impacts.

"The new design is not user-friendly for people driving down Kilgore at all," said resident Bob Wieten, who will soon be forced to drive through three traffic lights rather than one light at the interchange.

"I think shutting down that part of Kilgore is a big mistake," said resident Cindy Speicher. "There are a lot of people that use that section of the road."

Because of the nearby Kalamazoo/Battle Creek International Airport, MDOT was forced to abide by Federal Aviation Administration rules.

The current Kilgore bridge cannot be raised or changed because it would interfere with FAA regulations, forcing MDOT to eliminate the bridge from future plans.

Engineers are still in the process of designing the changes, but the plan is about 90% complete.