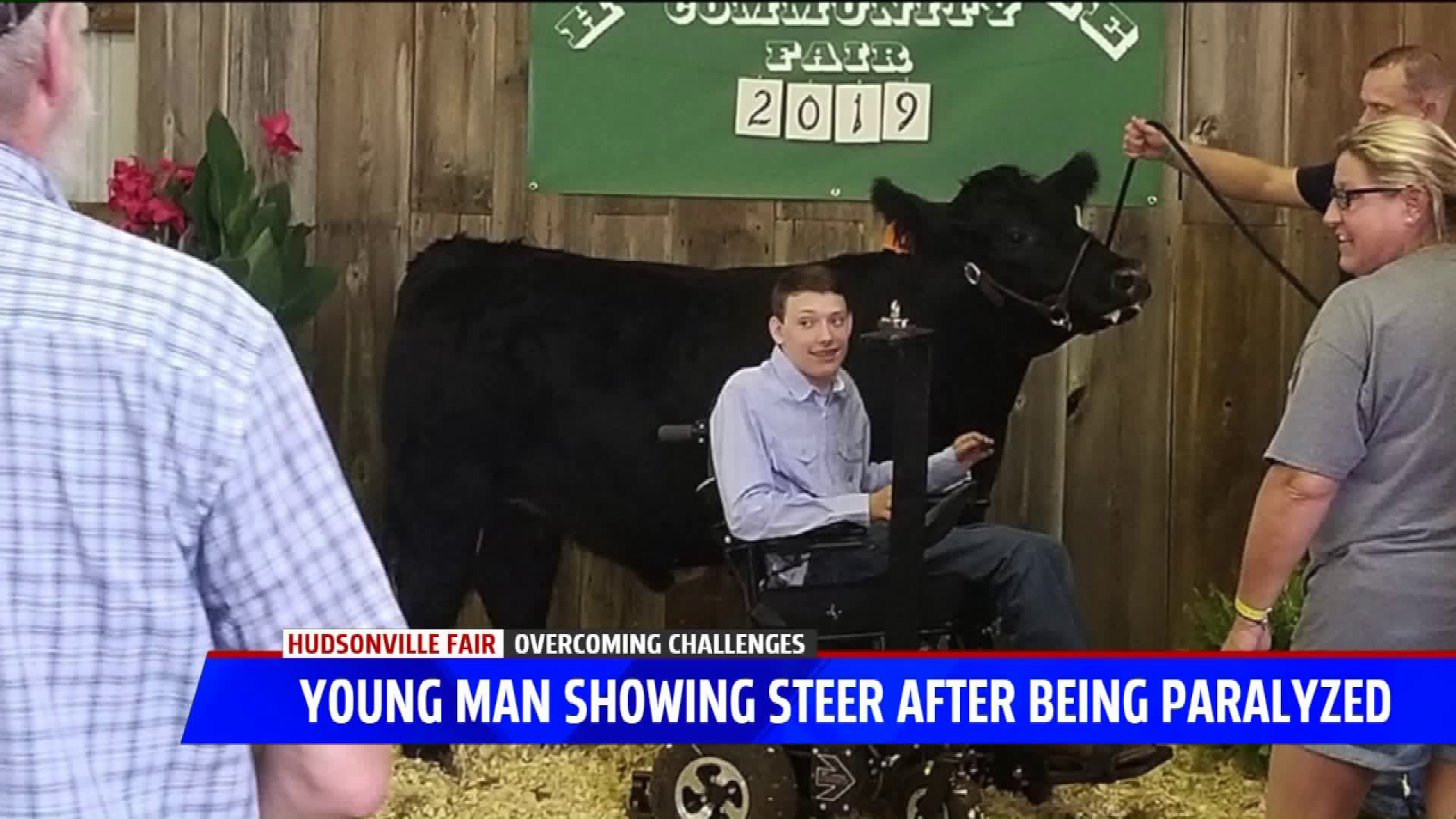 HUDSONVILLE, Mich. — At the Hudsonville Community Fair, you'll find a lot of kids showing livestock. But there's only one kid doing it in a wheelchair.

His name is Dalton Budrew and at 16 years old, this is his third year he will be showing a steer in the fair.

He was paralyzed from the waist down at age 3 when his family was hit in a crash, but he hasn’t let that slow him down.

The task is challenging enough for anyone to control a 1500-pound animal, but Dalton does it with ease from a power wheel chair.

"It has four-wheel drive," he said.

Dalton says his steer has quite the personality.

“This one isn’t as calm as the other two,” Dalton said.

His little brother Brody agreed with that assessment, and added Dalton’s steer is only cool with his dad and brother.

“Mine doesn’t head-butt people as much,” Brody said.

Dalton is prepared for the dangers that come with showing animals, as his chair is equipped with a magnet that will come off if the steer got out of control.

He says the risk is worth it because it’s important to show others that if there is a will, there is a way.