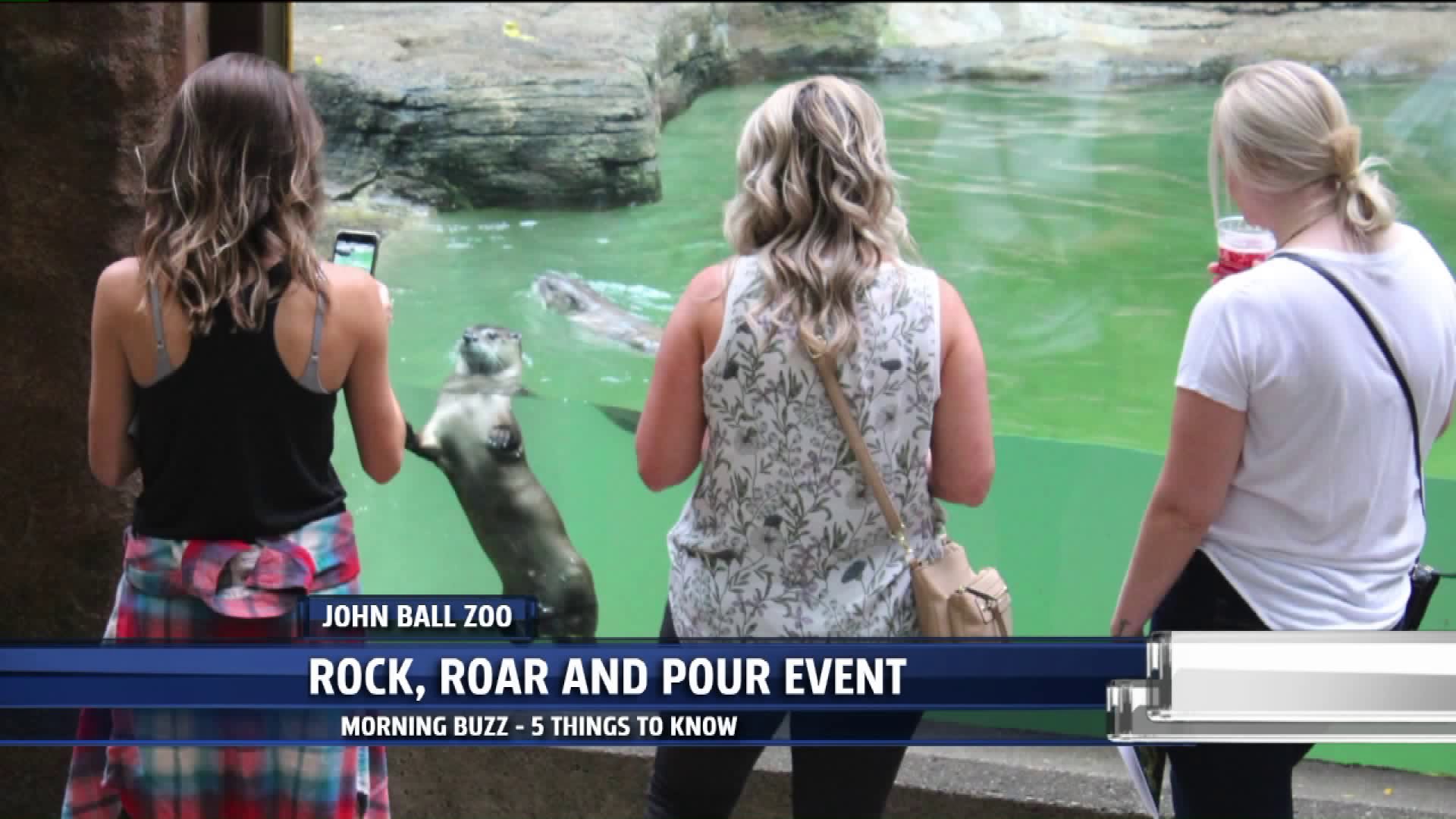 1. The Kalamazoo Mall is celebrating its 60th anniversary.

The mall opened in August 1959 and people have been coming out to eat, shop, and socialize for decades.

When the mall was built, many people were moving out to the suburbs, so it helped keep the city thriving.

Just last year, the mall was designated as one of the Top 10 Roads that changed America.

2. Today is a chance to grab a drink and see some animals while enjoying live music at John Ball Zoo.

3. Some bad news for "Alabama" fans this morning, the band has postponed their 50th Anniversary Tour, including Friday night's show at Van Andel Arena.

Doctors advised lead singer Randy Owens to take the time off to recover from cluster migraines and vertigo. The band says they're disappointed but look forward to seeing their fans soon.

No word yet on when those dates will be rescheduled.

4. Sleeping Bear Dunes is celebrating their 50 millionth visitor, with a nice surprise for the lucky family.

Meghan Boertman and her family are from Norton Shores. We're told it's their first time visiting the park, and they'll be sure to return too. They received an annual park pass, souvenir books, a DVD, and plush black bear.

Officials say the milestone comes a year ahead of the park's 50th anniversary.

5. The pumpkin spice madness never ends. Get ready to fall in love with Twinkies again!