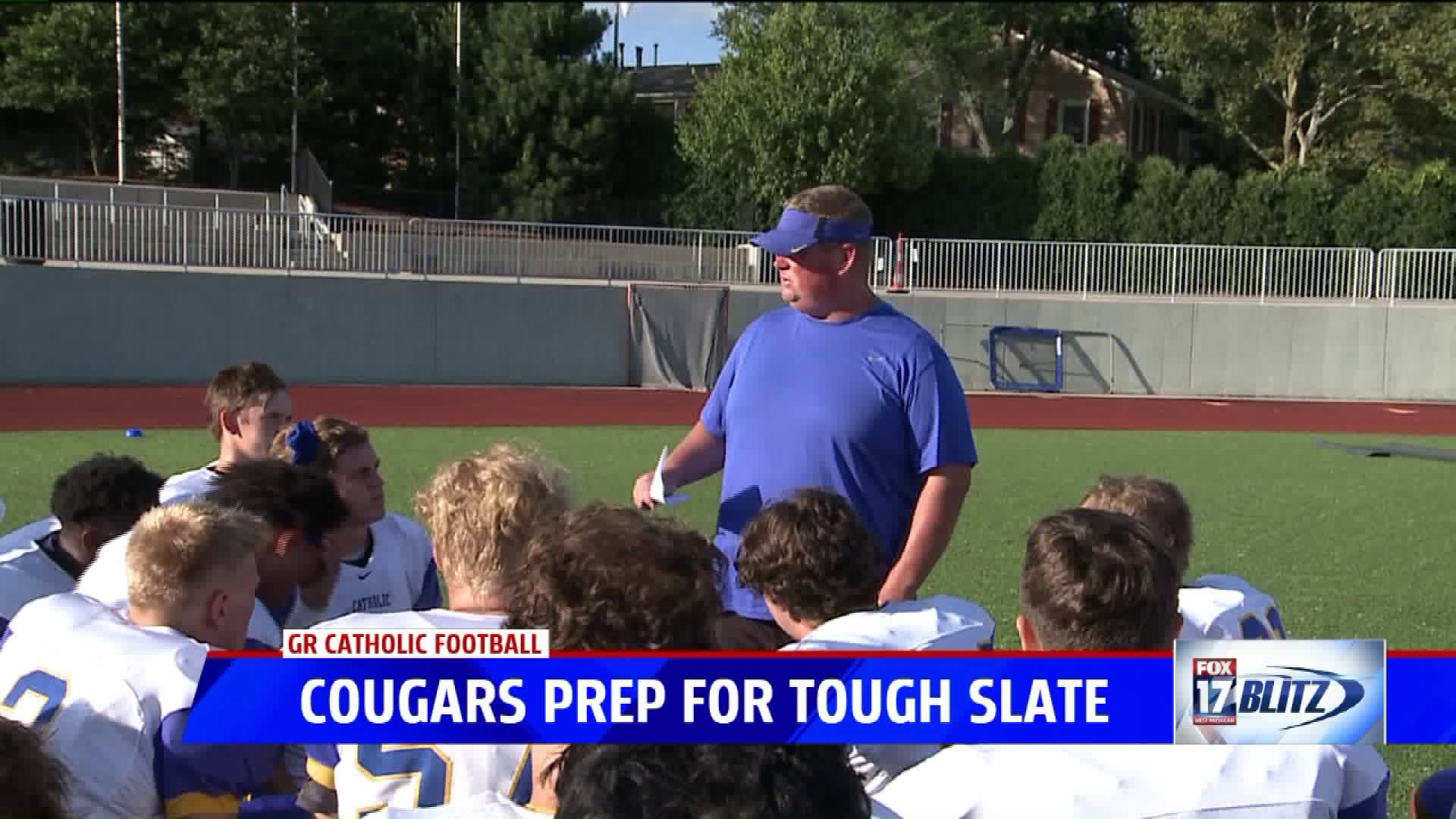 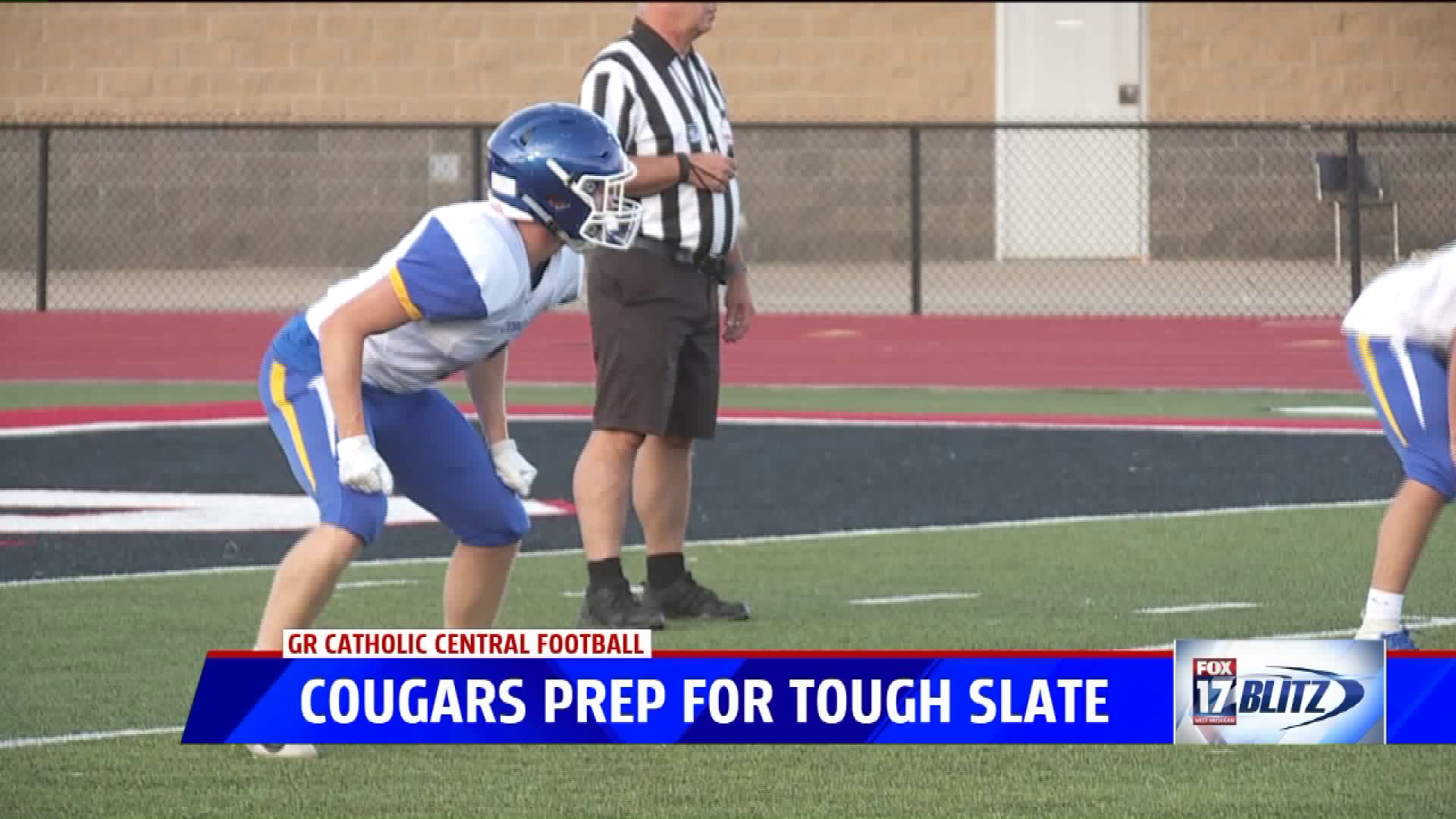 The Cougars open at River Rouge next Friday before hosting Illinois 6A state semifinalist Nile Notre Dame and then going to Zeeland East in week three.

To prepare, CC took part in scrimmages Thursday at Grand Rapids and Friday at East Kentwood.

"It is a challenge physically," senior linebacker Kyle Tepper said.  "We are trying to get ourselves ready mentally and physically for next week. River Rouge has big guys that is what we are going to see against Muskegon and EK and I think it is the perfect match up for us for scrimmages."

The Cougars return a good part of their defense from last season and should be led by a talented and experience linebacking core.

On offense, Catholic Central has a standout at wide receiver in Jace Williams who currently has seven division one offers including Michigan State and Nebraska.

They will have a new quarterback after Joe Collins graduated.  Williams says they have been putting in extra work.

"Just extra practice," Williams stated.   "Go out in the field extra after practice, before practice, do the extra things that will help both of us."