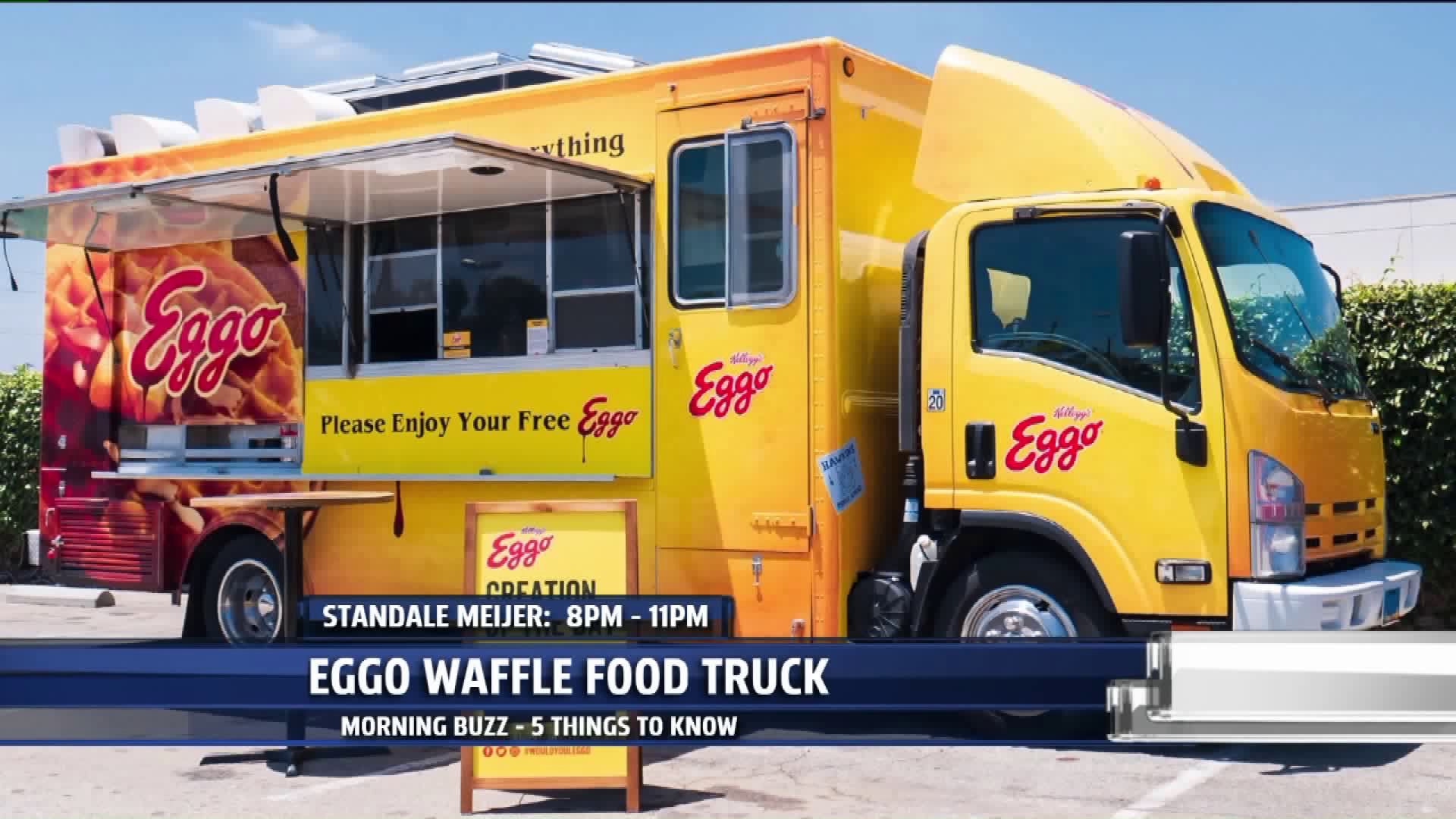 1. A new salon has opened in West Michigan hoping to be your one-stop-shop to get you ready from head to toe.

The James Salon has officially opened their second location in downtown Ada.

It's a two-story building that features a boutique on the first level, with the newest clothing trends for both ladies and men. The second floor holds a salon, along with spa rooms.

Also, they're still hiring for a few positions, so be sure to check out those opportunities on their Facebook page.

2. How's breakfast for dinner sound? If so, there's an Eggo Food Truck in West Michigan!

It's part of the store's Back To College celebration for GVSU students.

On Saturday, it's moving to the Family Fare off 29th Street and Burlingame in Wyoming from 9 a.m. to 4 p.m.

3. A local farm is combining art and vegetables by turning a corn maze into a portrait of Luke Bryan's face.

Gull Meadow Farms in Kalamazoo County says every year they pick a something special to the area to show off, and this year with country artist Luke Bryan coming to a farm just down the road, the choice was obvious.

The maze opens up the first full weekend in September.

As for that concert, it's happening at Stafford Farms in Richland on September 27.

4. Taylor Swift's new album is officially out, and available on all streaming services.

There are quite a few big announcements the singer has dropped along with the 18 track album. The first is her music video for the title track, "Lover", released on Thursday ahead of today's album launch, which is already scheduled to be certified platinum before the weekend is over.

Secondly, Taylor told Good Morning America she is planning to re-record her earlier hits so she'll regain ownership of them. Previously Swift went on a social media tirade after learning that manager Scooter Braun bought her old record label and the rights to her music.

Lastly, the singer is opening Monday's Video Music Awards on MTV with a debut performance.

5. Listen up sleepy heads, make sure you set your alarms for no more than 30 minutes the next time you lie down for a nap.

All the time you need for the perfect nap is between 20 to 30 minutes. This is according to the director of the Duke Pediatric Neurology Sleep Medicine Program.

He says this time period will help you feel less groggy and can elevate your mood. Sleeping more than 30 minutes may confuse your circadian rhythm, and sleeping for 90 minutes can cause you to enter a deeper sleep cycle, which can actually make you feel more tired than you were before.