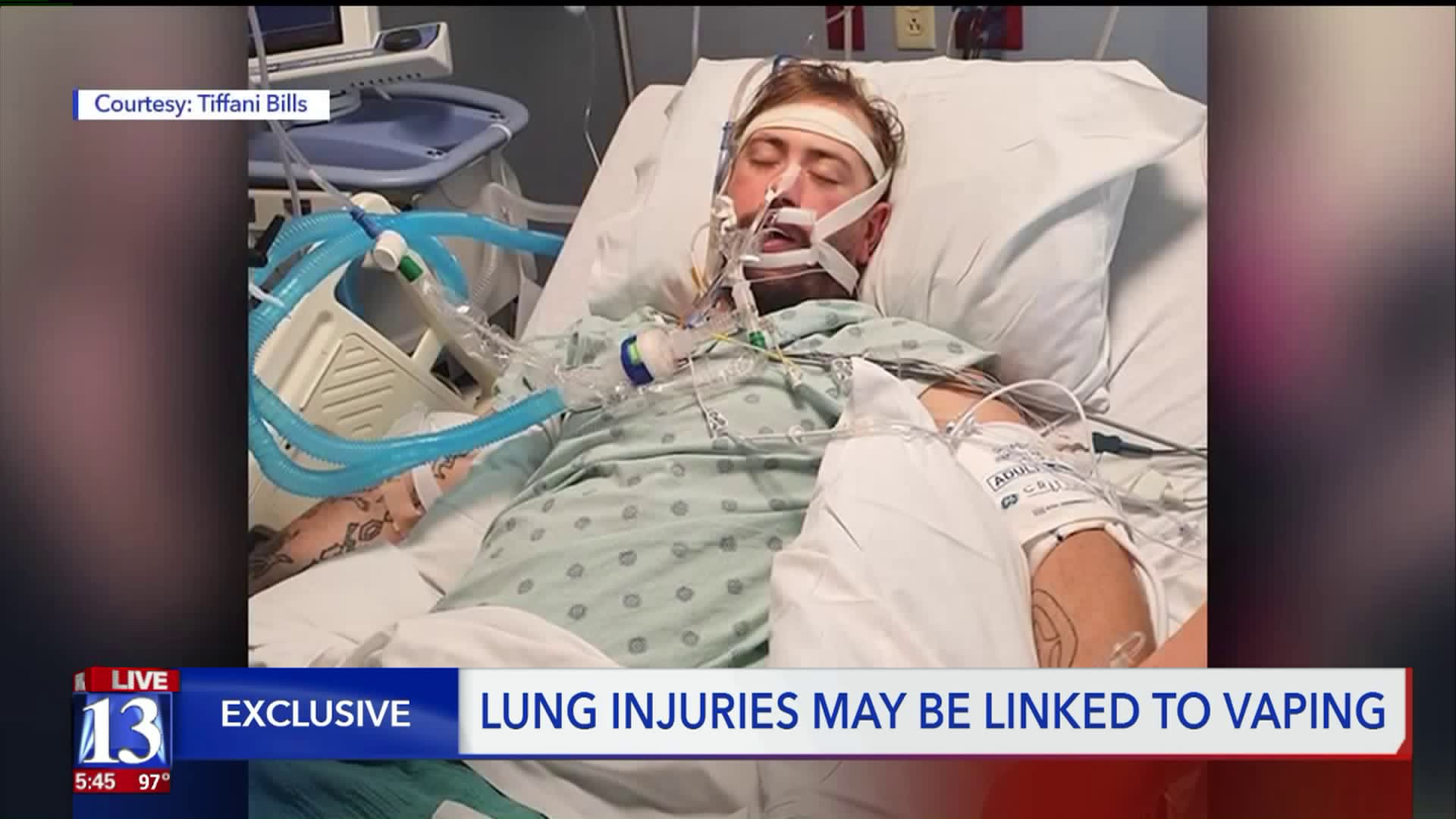 A West Valley City man is on life support after vaping gave him lipoid pneumonia, his family said.

WEST VALLEY CITY, Utah — A Utah man is on life support after vaping gave him lipoid pneumonia, his family said.

Sean Bills, 31, of West Valley City, was admitted to the hospital Saturday and was recently placed on a medically-induced coma.

The Utah Department of Health recently began investigating a cluster of severe lung disease cases possibly linked to vaping. Since Monday, these cases have doubled in Utah.

“It hit out of nowhere, that’s for sure,” Tiffani Bills said. "They’ve had four other cases — my husband is the fifth at the hospital right now in critical condition because of vaping."

The couple vaped daily for two years. Roughly 10 days ago, the otherwise healthy father of three knew something was wrong.

“It’s starting with shortness of breath and pain and not being able to breathe. That’s why he’s in a coma right now is because he can’t breathe on his own,” Tiffani Bills said.

“These are the juices possibly that are causing the issue,” Bills said holding up four juice bottles.

The Utah Department of Health said there are now 10 cases of severe lung disease possibly linked to vaping. That number rose from five reported cases on Monday.

Nationwide, more than 100 people developed similar problems. The cluster has become so troubling, the Center for Disease Control is investigating.

Tiffani Bills quit vaping when her husband was admitted to the hospital. She hopes others do the same.

“Stop,” she said. “Stop right now before it gets worse. I mean, it’s not worth your life.”

A GoFundMe account to help with mounting medical costs has been set up and can be found here.