Holton has a new coach and new confidence after semifinal run 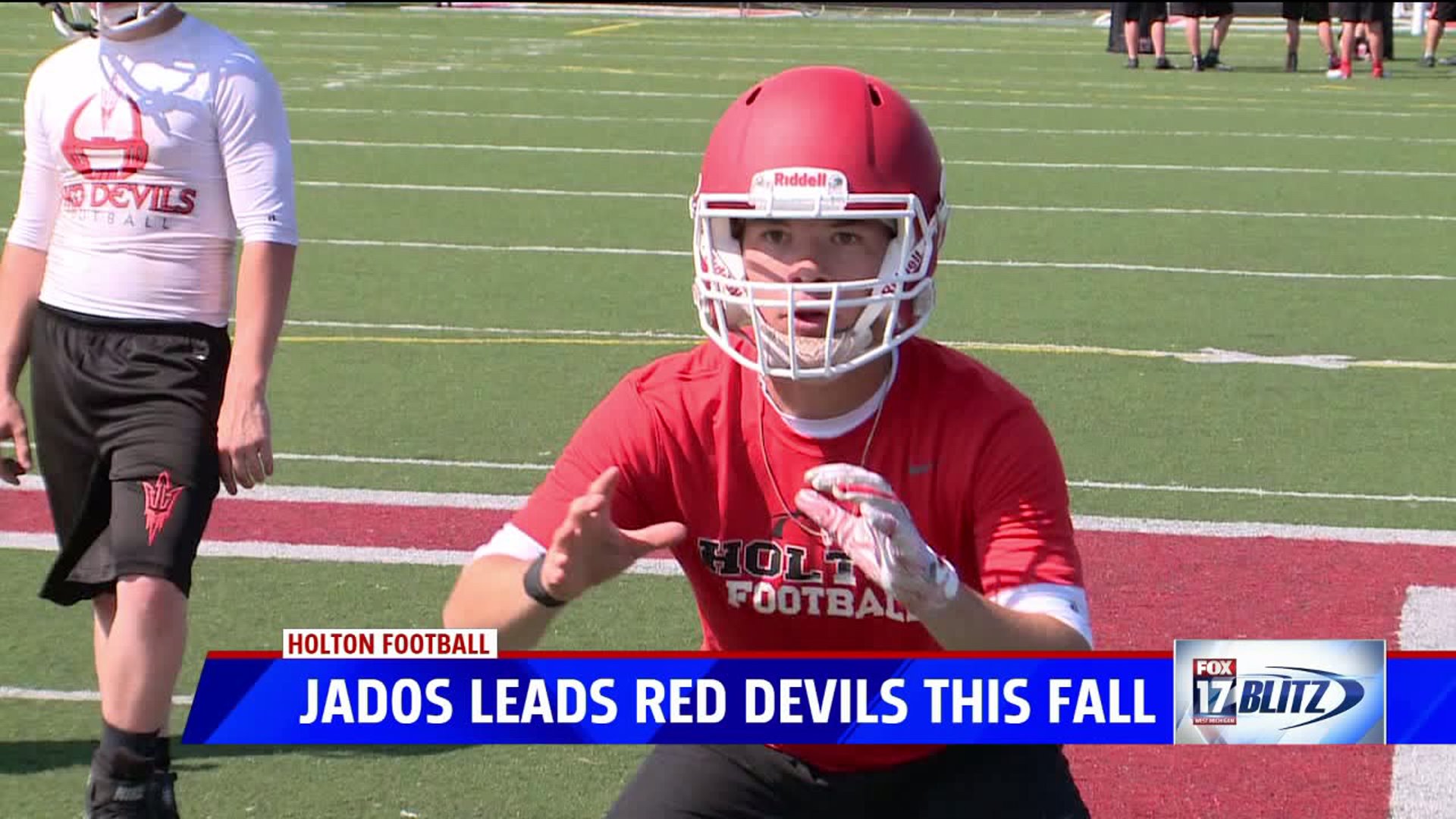 The Red Devils thought their season was over after a week nine loss to Tri County to finish the regular season at 5-4.

"We were obviously really sad," senior quarterback Drew Trygstad said. "We all thought it was over and we were hugging the seniors saying good bye and stuff then our coach called us and said we might have a chance, it was amazing when our name was called, it was amazing, I honestly can't describe the feeling."

The Red Devils sent former coach Jack Nummerdor out with a run to the semifinals before losing to eventual state champion Reading.

Nummerdor stepped down to become the athletic director at Mona Shores Middle School.

This season, in steps former assistant Mike Jados to lead the program.

"Last year we had two guys that if we needed three yards, one of those could get us three yards," Jados said. "I don't know if we have one of those kids, I think we have multiple kids that can do that so figuring out which one that is and which guy is going to be our key player."

Holton is trying to replace 13 seniors lost to graduation.

The Red Devils season opener is Thursday at Hart.