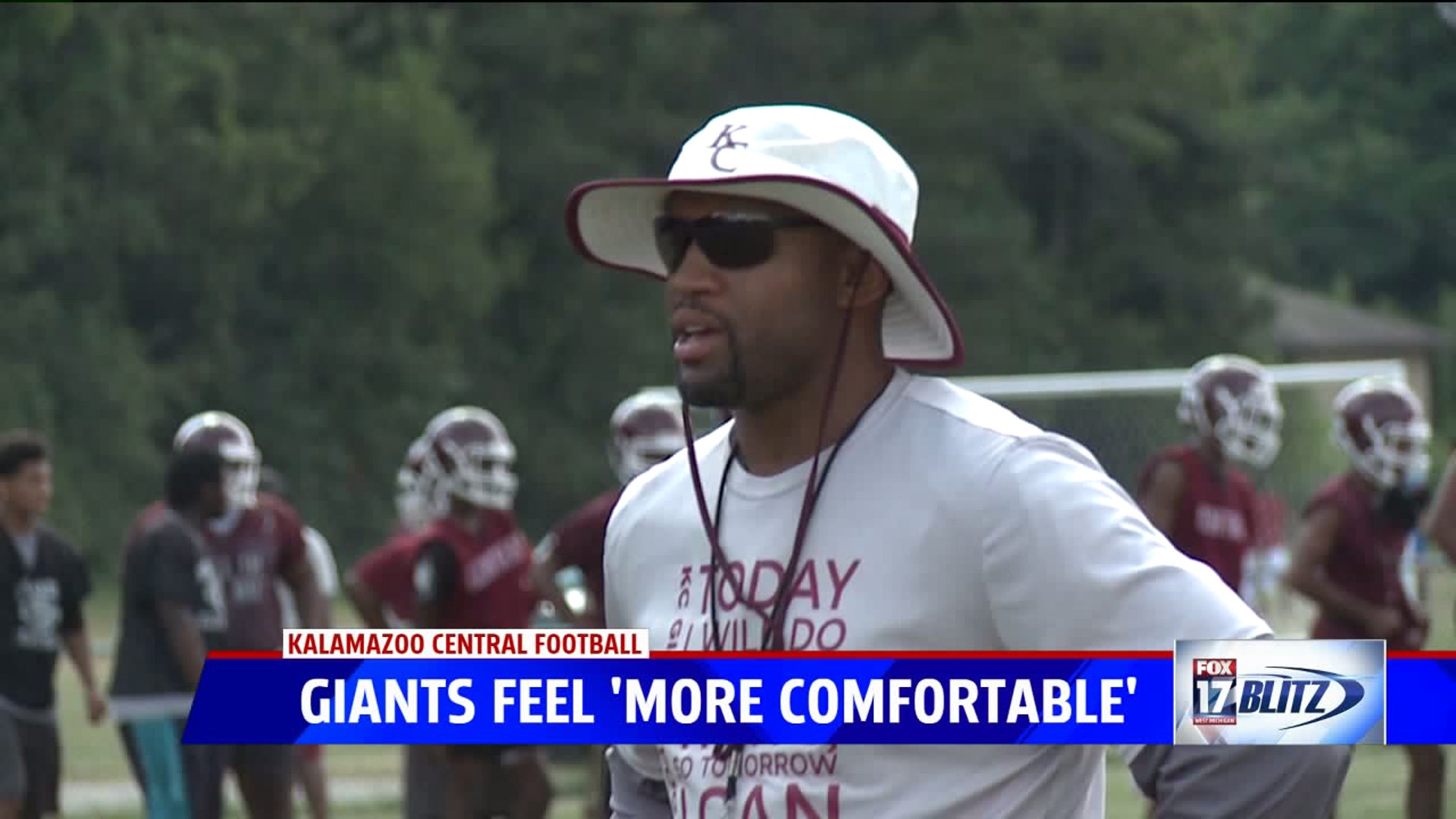 KALAMAZOO, Mich. -- Kalamazoo Central won the SMAC East title and made the playoffs in Carlton Brewster's first season as head coach in 2018.

Now, as the Maroon Giants head into year two, continuity has improved and the team feels even more confident.

"Traditionally this is a basketball school," Brewster said. "We're starting to get basketball kids and more kids that didn't play last year, the participation level we're seeing kids that are playing more than one sport and now they're playing football."

Jacob Lyle enters his third varsity season after splitting time with the graduated Faylin Goodwin the last two seasons at quarterback. Lyle is ready to be the full time guy this fall.

"It's year two so we're getting more comfortable and we know what to expect from Coach Brewster," Lyle said. "It's all about moving forward every day and improving."