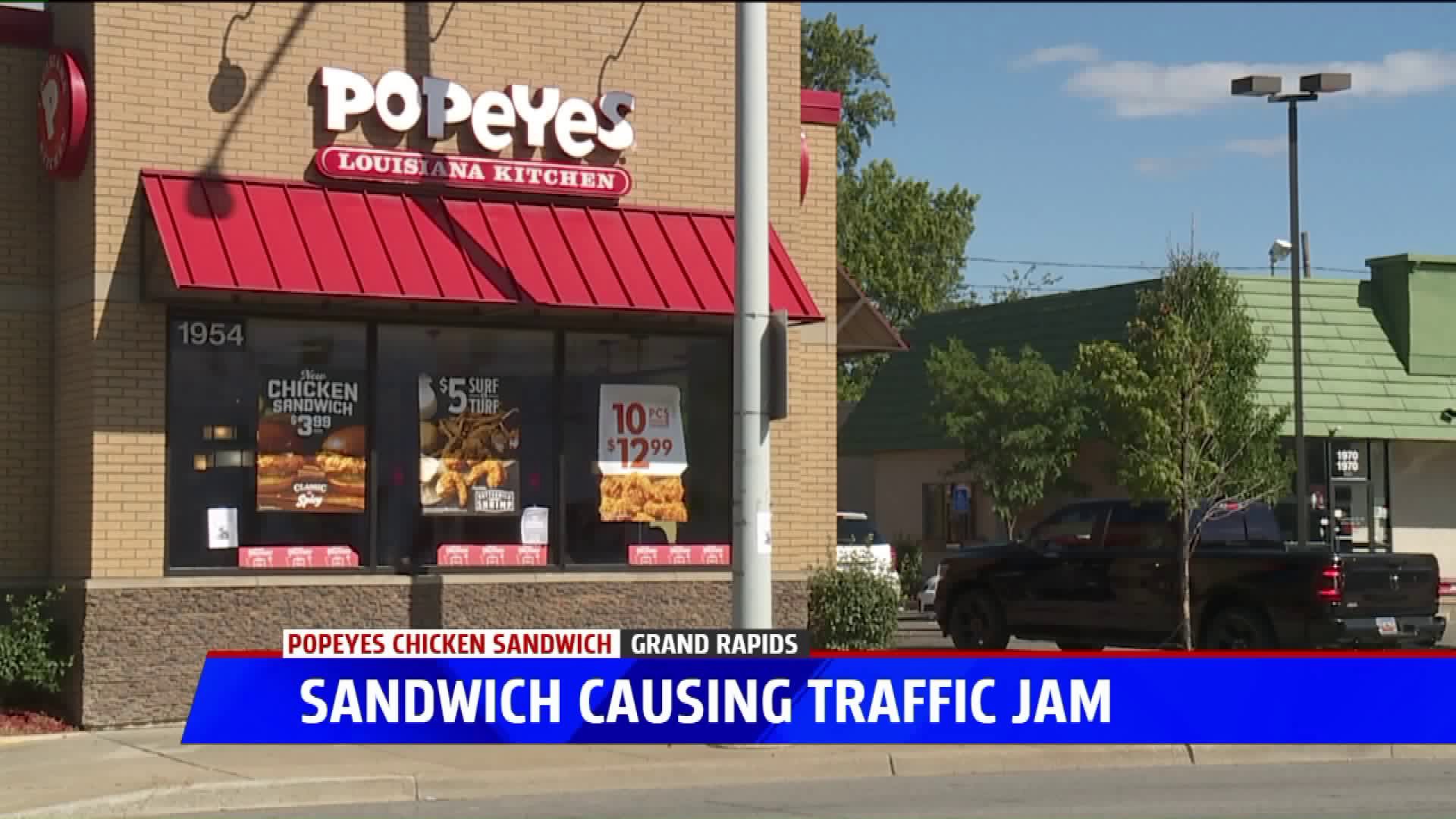 GRAND RAPIDS, Mich. -- The newly released chicken sandwich at Popeyes is taking the internet and nation by storm.

A piece of fried chicken, pickles, mayo, all on a toasted bun; it's apparently so good it has been causing traffic backups in Grand Rapids.

Over the last week, traffic has been backed up as cars have been jamming into the drive-thru at the Popeyes on Division Avenue.

"The traffic when I first came here, it was wrapped around all the way, everybody was trying to get in, there were people getting out their cars walking in, it was pretty crazy," Tmarr Gray, said.

Delivery drivers are also having trouble keeping up with the demand.

"The line is usually wrapped all around the corner on to Burton Street and every time I come here I’m waiting 40 minutes for the chicken sandwiches people are ordering," Uber Eats Driver Len Austin said.

Though on Saturday, customers from Muskegon to Wyoming faced the same problem: there are no more sandwiches.

"I sit in line all this time and they are out. My feelings are hurt," Tasha Cooper said.

Many of the locations are hoping to be stocked up on Monday.

By the looks of it, the hype around this sandwich is not dying down anytime soon.