Bears caught on video breaking into family’s vans on vacation 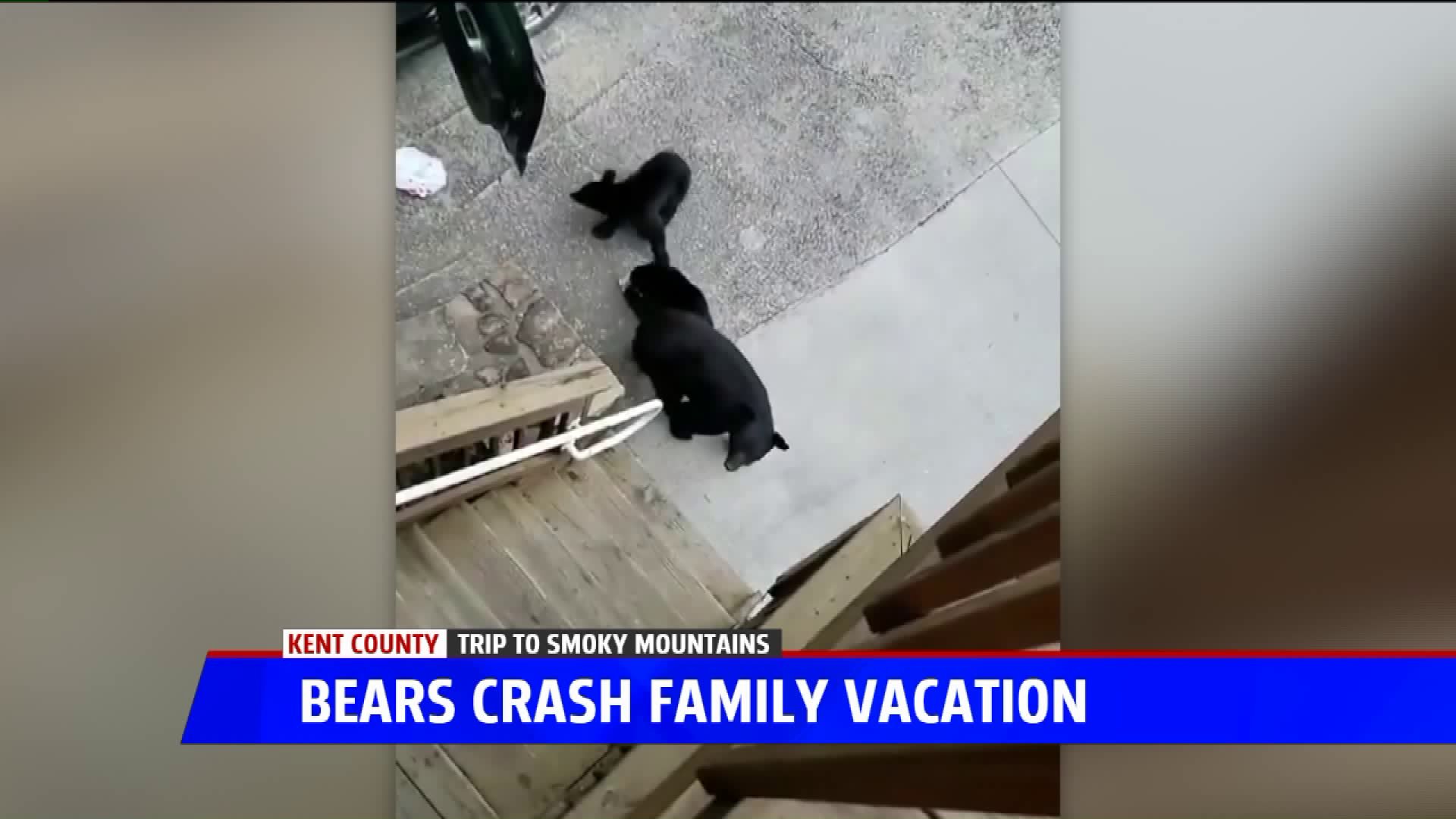 SAND LAKE, MICH. -- When a family from Sand Lake headed out to Gatlinburg, Tennessee to see the Great Smoky Mountains, they got more than they bargained for.

They soon met two families of bears living near their rental home.

“40 minutes into unpacking, my grandson Caden saw a bear up behind the house,” grandmother Nicole Hawley said.

But that first sighting was just the beginning of the encounter.

“They started going to the cars. The mama bear opened up the car with her paw,” Caden Kelly said.

The animal was caught on video, opening the family's rental vans by herself.

“They all fit in the van! The mother and the two cubs,” Nicole Hawley said.

Prussia Hawley, Nicole's daughter, got the whole thing on video.

“It's me narrating. I guess I’m a good narrator,” Prussia said.

The bears got away with the family's pop-tarts and other snacks, but otherwise didn't disturb them.

The family says it was the best part of their vacation.

The owner of the rental property says the bears come around pretty often, but this was the first they heard of the animals opening up someone's door.