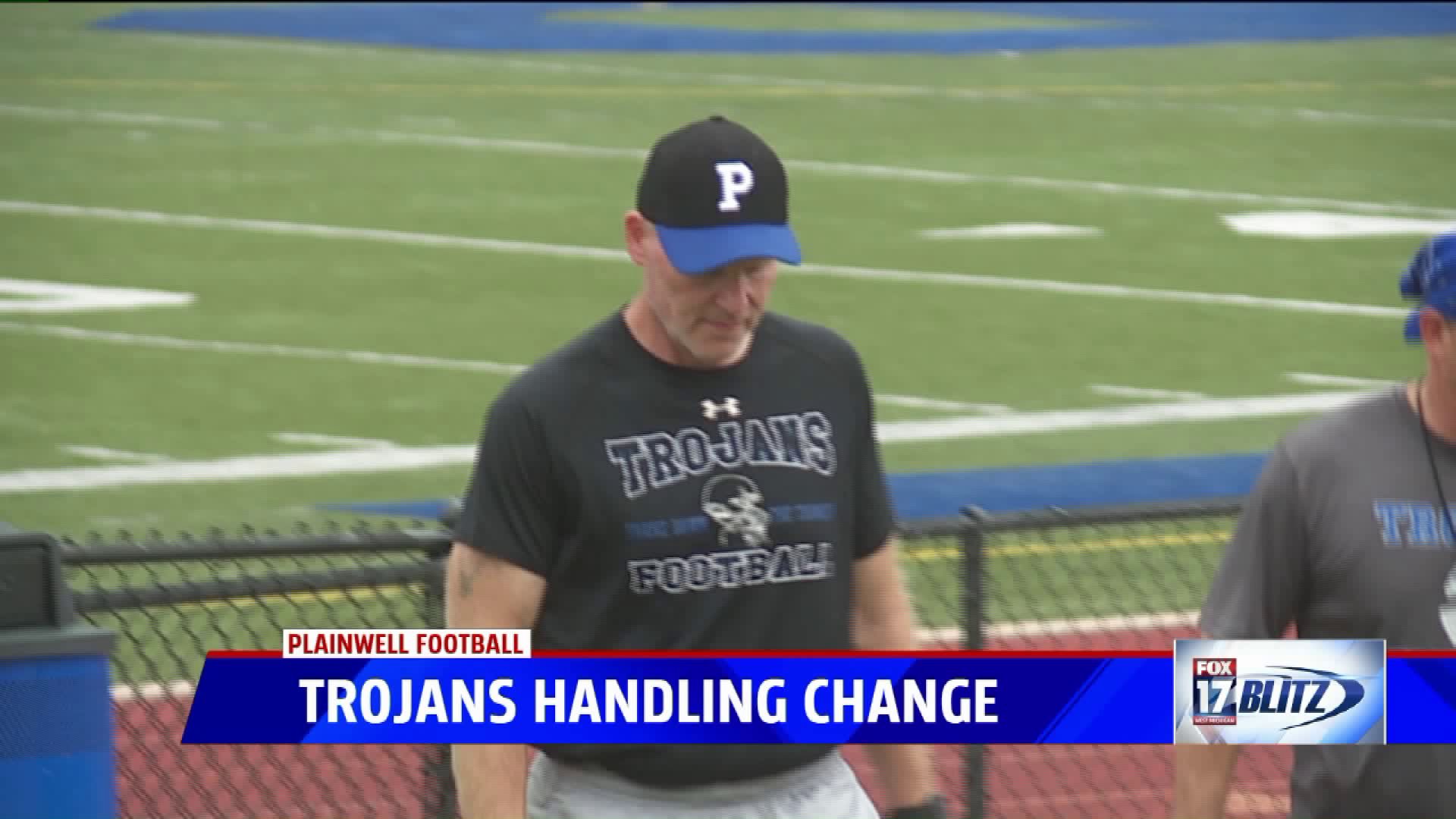 PLAINWELL, Mich. -- After ten seasons leading the Plainwell High School football program, Darren Conklin stepped down as head coach just two days into practice due to "business ventures that took to much of his time," according to interim head coach Chuck Hadley.

Hadley has been leading the Plainwell rocket program the last 20 years and spent the last ten seasons on staff with the varsity.

Conklin has built stability in the program. The Trojans have had eight consecutive non-losing seasons.

The timing was certainly not easy for anyone in the program.

"It was pretty tough at first," senior running back and linebacker Aiden Brown said. "When you think Plainwell football, Darren Conklin is the first name that comes to mind. Now that we have coach Hadley, we have pushed hard, pushed to our limits every day, and we just work hard at everything we do."

The Trojans host Allegan to kick off the season Thursday night.