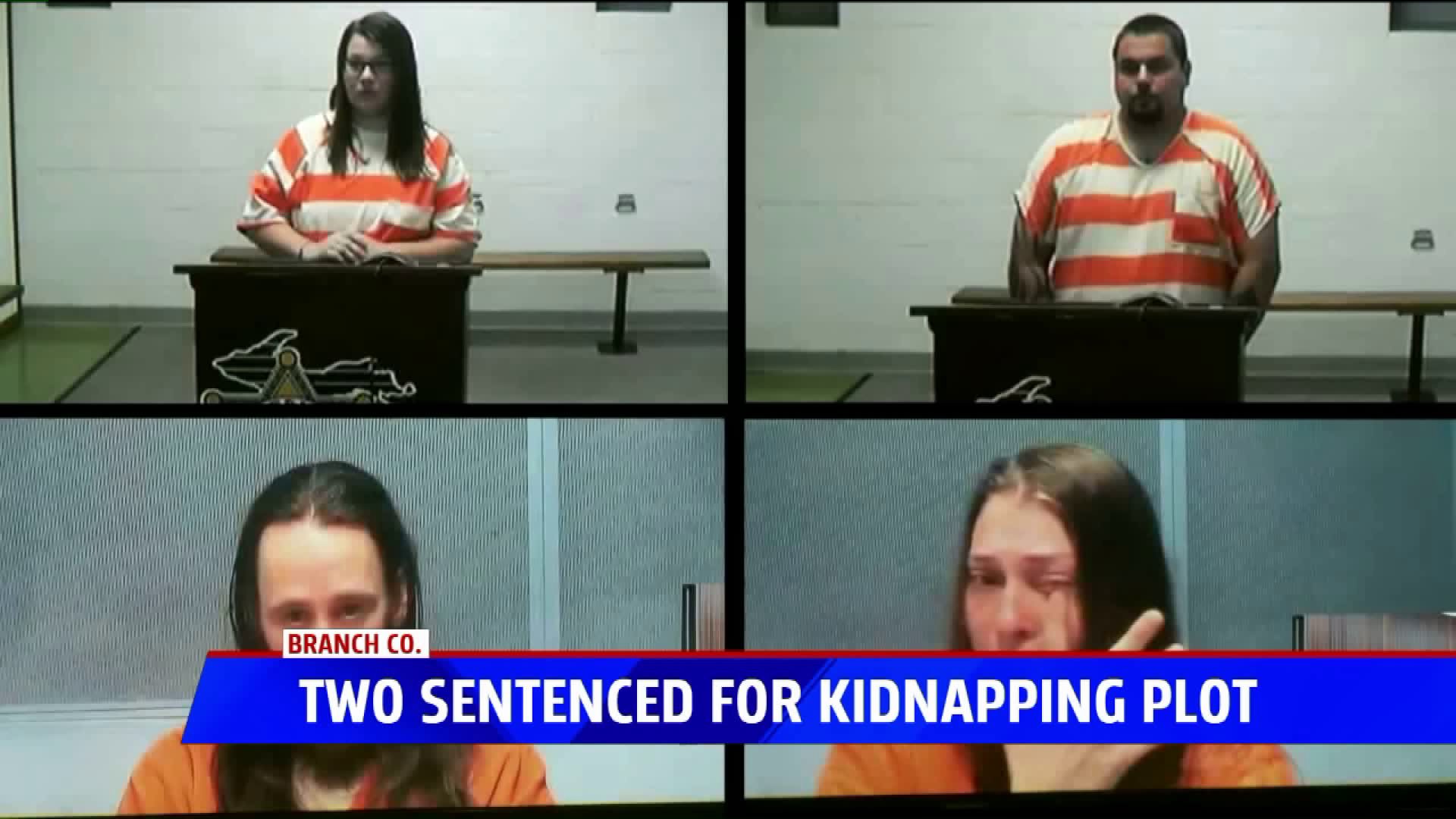 COLDWATER, Mich. -- Two suspects involved in a child pornography ring were sentenced Monday morning at the Branch County Courthouse for plotting to kidnap and rape a child.

Talia Furman and David Bailey were both sentenced to 25 to 50 years in prison for conspiracy to commit first-degree criminal sexual conduct and another 11 to 50 years for conspiracy to kidnap a child.  Police said the ring they were a part of spanned from Branch to  Calhoun counties.  Both entered guilty pleas.

"As I told the co-defendant Ms. Furman, this is one of this cases that shocks  the conscious of every parent," said Judge William O'Grady during Bailey's sentencing. "You are essentially one of those people that every parent must fear. You allowed your own sexual deviance, your taboo as you called it, to control the dynamic of this particular crime. You let it control your life."

Furman and Bailey were part of a four-person group that included Matthew Toole and Jayme Lapoint.

Toole has already been sentenced in Calhoun County and is awaiting trial in Branch County. Lapoint is expected to be sentenced later in September.

Furman is also already serving 25 to 70 years in Calhoun County for a criminal sexual conduct charge involving an infant.

Michigan State Police said that the group plotted to kidnap, rape and kill a little girl from a county fair in May 2018.  Police found child sexually abusive materials on their cellphones while investigating.

"We are extremely fortunate that law enforcement was able to foil this crime before an actual child was kidnapped," O'Grady said. "Or we would have a family standing at that podium in a courtroom* full of tears, probably wailing at your actions."