Tyree Jackson battling for roster spot with the Bills 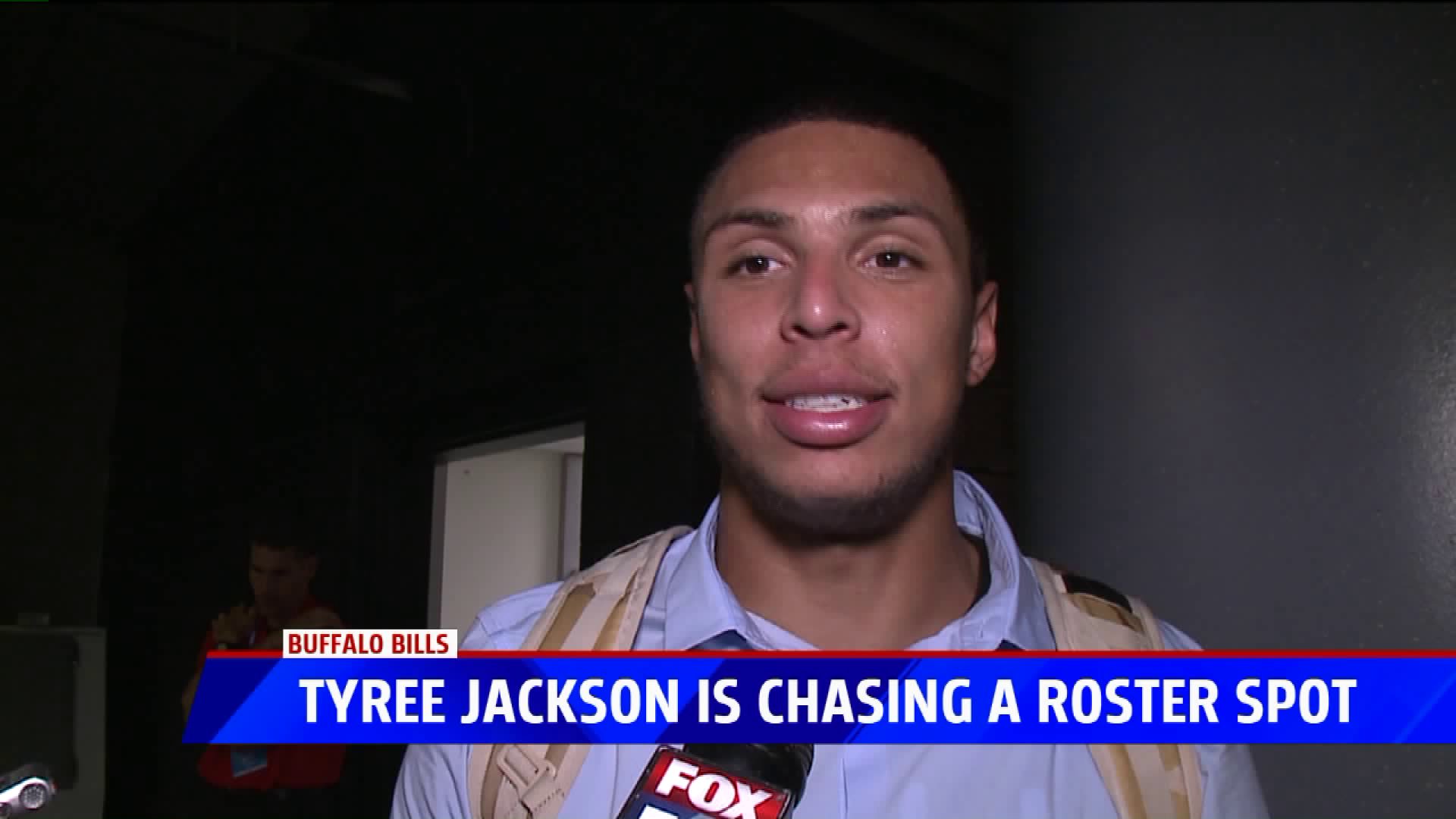 Jacksonb is a Mona Shores graduate

Jackson, a rookie quarterback from Norton Shores, is 8-24 for 140 yards passing with one interception during the preseason.

"For me, it is just getting better daily," the Mona Shores High School alumnus said. "Everyday there is something I need to improve on, so just focusing on the day-to-day and getting better and working hard, that is my only focus right now. "

The Bills are going with second-year pro Josh Allen as their starting quarterback and very likely with veteran Matt Barkley as the backup.

"That quarterback room is so much fun learning from Matt and Josh," Jackson added. "Those are two great guys. They are great football players, but they are better people off the field. So learning from them, they kind of took me under their wing, and they treat me really good, and I've learned a lot."

Jackson could be kept as a third quarterback or could potentially be on the practice squad.

"Coming from Muskegon, Michigan, playing for Shores, it's special being in this position," Jackson said. "But there is a long way to go and more work to be done."

The Bills wrap up the preseason Thursday night when they host the Vikings.