Woman finds stranger passed out in her Grand Rapids home 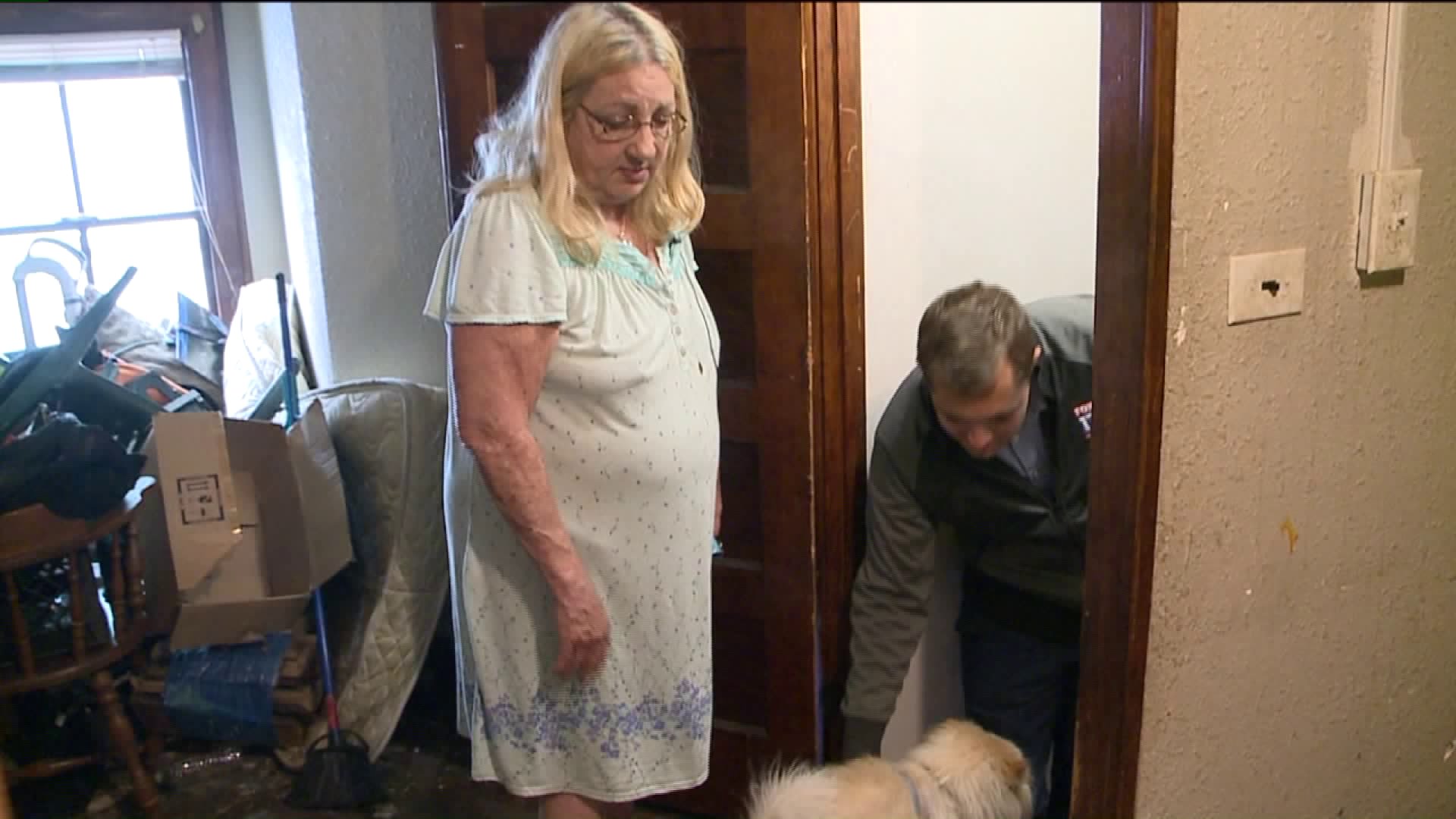 GRAND RAPIDS, Mich. - A Grand Rapids woman got a scare early Monday morning when she found a man she didn't know unconscious on the floor of her home.

on 10th Street Sunday night before walking home to her own on 9th Street. Deb called 911 after seeing a man run away from the area of Fremont and 10th after hearing several shots. She waited around to speak with investigators and later calm her nervous grandchildren.

She says she had locked the front door, but found the back door open when she and her dog, Dakota, arrived. She said, "I thought my roommates had come home late and maybe they didn’t shut the door all the way. So I did my usual thing, went to the front door to make sure it was locked and then I went up to my room."

But when Deb went upstairs, she found the man asleep on the floor.  She knocked on her roommate's door to see if the 60-year-old was a friend of hers, but he wasn't. Her roommate Samantha Haan saying, "We didn’t know who he was."

Deb again had to call 911 after seeing something else she wishes she didn't. “Why was here? Why was he by my room? What if I would have been here, would he have come in my room?” she asked.

Police came and removed the man from their home. They say he is a 60-year-old homeless man named Sterling Leon Cole. Deb and her roommates declined to press charges against him, but police still took him into custody on an old warrant related to a drinking alcohol in public charge.

Deb took to the popular local facebook group We Are Westsiders to share her experience later in the day. Over 70 people commenting on the post, many of them in shock at what happened.

Police say the man was heavily intoxicated and told them once he regained consciousness that he thought he was in a hospital.

And Deb's advice to anyone in Grand Rapids who thinks this couldn't happen to them, she says, “Keep your doors locked because you never know. I never thought this would happen here.”